21 Best Songs about Work and Holding Down a Job 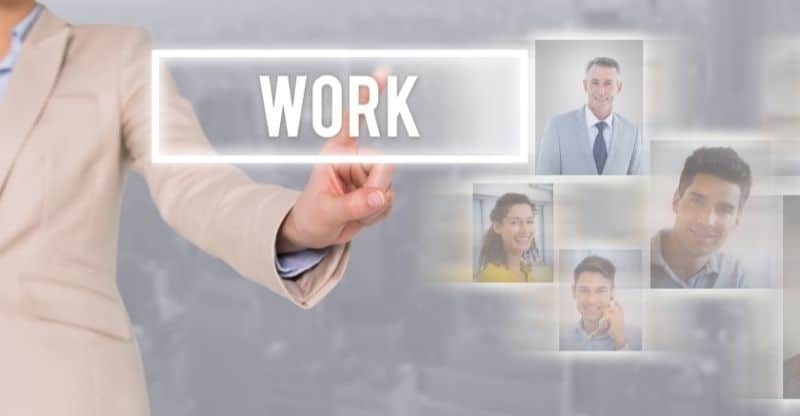 Many musicians enjoy an extravagant lifestyle. But most have had to work a job (or several jobs) on their way to success.

Therefore it’s no surprise there are some great songs about it, by some of the world’s best songwriters.

So without further ado, here’s our collection of songs about work for the hard workin’ man or woman. You’re in for a treat :-).

‘A Hard Day’s Night’ – The Beatles

Let’s start with one of the most famous songs about working. The song title came about when Ringo mistakenly meant to say ‘it’s been a hard day’s work,’ but then looked out the window, noticed it was dark and said ‘hard day’s night’ instead.

Notice the moment when Paul sings ‘holding me tight, tight, yeah,” the crowd goes insane. Back in those days, it didn’t take much.

It’s often considered one of the best country songs ever recorded (well, it’s more mainstream pop than country). It’s a song all about the daily grind.

There’s also a commentary about gender inequality that was way ahead of its time. “They just use your mind, and they never give you credit,” Parton sings.

Of course, it features prominently on our list of karaoke songs too!

Merle Haggard was a pioneer of the ‘outlaw country’ movement and ‘the Bakersfield sound’ (a stripped-back type of country music). Haggard was a maverick inside and outside the studio and embodied the ‘working man’ ethic better than almost anyone else.

‘Workin’ Man Blues’ is a blue-collar anthem about a man with nine children struggling to make ends meet.

‘Workingman’s Blues #2′ (a sort of follow-up to Merle Haggard song above) is about the downtrodden blue-collar worker who’s struggling to adapt to change.

The line “the buyin’ power of the proletariat’s gone down” points to it being about the fall of communism in Russia, but this tale of hardship and woe is timeless and could just as easily relate to the reconstruction of America after the Civil War – or the plight of the working person today.

Here’s the antithesis of the working man’s song (it’s more of a slacker anthem!)

Their advice is to “get a second-hand guitar,” hang out with the “right bunch of fellows,” and make a living as a musician. “We love to work at nothing all day,” singer Randy Bachman tells us.

This song helped popularise the term “taking care of business,” but it was already a known phrase in certain circles. Elvis even had a necklace with ‘TCB’ on it!

‘Money for Nothing’ – Dire Straits

One of the most famous songs about getting money when you don’t deserve it, Dire Straits’ Money for Nothing is a scathing attack on the ‘MTV generation’ of pop stars in the ’80s.

It’s sung from the point of view of two delivery drivers (the typical blue-collar man) who are rushed off their feet (“we have to move this microwave over, custom kitchen delivery”). Yet, at the same time, the pop stars make sacks of cash and have the nerve to complain about a blister on the finger.

You have just 48 hours to enjoy the weekend before the working week starts all over again. That’s a horrible thought. “Monday is coming like a jail on wheels,” singer Joe Strummer hollers.

This song also inspired Paul Weller of ‘The Jam’ to write ‘Here Comes The Weekend.’

‘Career Opportunities’ is also another good Clash number about employment (or lack of).

Here’s a warning not to take work too seriously. It tells the story of a stressed-out workaholic who follows the same routine every day. He’s always in a hurry.

They remind him to follow the docs advice and “let up enjoy your life.” He doesn’t and suffers a cardiac arrest (heart attack) at the end. The idea for the song came from a real-life event – the dad of Chas Smash (the writer of this song) suffered a heart attack.

The serendipitous collaboration with Johnny Marr after the demise of The Smiths in the late ’80s bore a couple of great songs on the Talking Heads Naked album. This track was one of them (if you’re curious, the other is the marvelous ‘(Nothing but) Flowers’).

As Rolling Stone said, the song is ‘a plea for human fellowship’ and a rally against racial inequality (“is their skin not the same as yours?”).

You know one of the most challenging, most soul-destroying jobs? Selling door to door.

If you’ve experienced getting the door slammed in your face, you’ll be able to relate to this one. The song, written by bassist Stu Cook, is based on his own dreadful experience.

‘Southern Pacific’ is from Young’s ’80s cowboy period (when he dressed as a cowboy and played much country music.)

In this song about a train (the Southern Pacific), we hear a tale about the train driver (Mr. Jones) who gets laid off. “We’ve got to let you go / It’s company policy / You’ve got a pension though.” he’s told.

This was a vintage period for Neil Young after his heyday in the early ’70s. Rufus Thibodeaux on fiddle is outstanding too.

‘Rox In The Box’ – The Decemberists

Here’s a moving song with some very somber lyrics about the mining disaster in Butte, Montana (called the ‘Granite Mine Disaster’) in the early 1900s.

“We endure our fellow man” is a reference to the days of waiting the miners endured, hoping to be rescued. Many men lost their lives.

From their 1970 Workingman’s Dead LP, Cumberland Blues tells the story of working in the Cumberland coal mines (the Cumberland Mountains run through West Virginia, Kentucky, and Tennessee.)

The song is about two miners trying to make extra money to get as much time with Melinda as possible (who, one assumes, is a ‘lady of the night.’)

No one embodies the blue-collar working man better than Bruce Springsteen, and any playlist of work songs has to include one or two numbers from The Boss.

There are many such as ‘Badlands,’ ‘Factory,’ ‘The River,’ and ‘My Hometown.’ The list goes on. But here we have the brilliant ‘Night.’

Sometimes the only thing that can help after a day’s “grinding” is some time with your better half. That’s the premise of this number from Van the Man.

“Make me feel so good, set my soul on fire,” he sings.

Here’s one of the best working songs in recent years. Here we see country star Kenny Chesney pair up with George Strait for a song about working shifts.

If you work long nights or days, this one is for you.

Always take pride in what you do, whatever you do; that’s the core message of this song by Jimmy Buffett, the laidback dude who plays ‘drunken Caribbean rock ‘n’ roll.’

For more Buffett, check out his classic ‘Margaritaville’ featured on our beach songs playlist.

‘On My Way to Work’ – Paul McCartney

In this trip down memory lane, McCartney recalls his first job as a driver’s mate. It always makes me chuckle to think of him working as a driver’s dogsbody. He’s now a multi-millionaire, but back then, he was a nobody.

Of course, McCartney’s songwriting partner for many years (John Lennon) wasn’t a stranger to the odd song about working either. Check out his track ‘Working Class Hero’ on our list of hero songs.

By the time he gets his paycheck on Friday, it’s already spent on a “hundred dollar car note” and “two hundred rent.” It sounds pretty cheap at today’s prices, but back in ’82, that was a lot of money!

For some slightly more optimistic songs about the end of the working week, check out our list of songs about Friday.

One of the most challenging moments of any week is waking up on a Monday knowing you have a full day of work ahead of you. Yuk! This is one of the most famous songs about Monday.

This song was their first hit and was written by Prince. More hits would come their way, including ‘Walk Like an Egyptian’ featured on our list of walking songs.

‘Take This Job and Shove It’ – Johnny Paycheck

We’ve all been there. You’ve had enough, and all you want to do is tell your boss to ‘take this job and shove it.’

It’s a song about working for the man and getting zero thanks for it. He’s been working a factory “for nearly 15 years”, seen a lot of people die, and now his woman has just walked out on him.

If you’re ready to pull the plug on a job, this is the song to help you pluck up the courage. Just make sure you have a backup plan 😉

More songs about work (in case you needed more)