9 Songs for Daughters from Mom that Celebrate the Special Bond 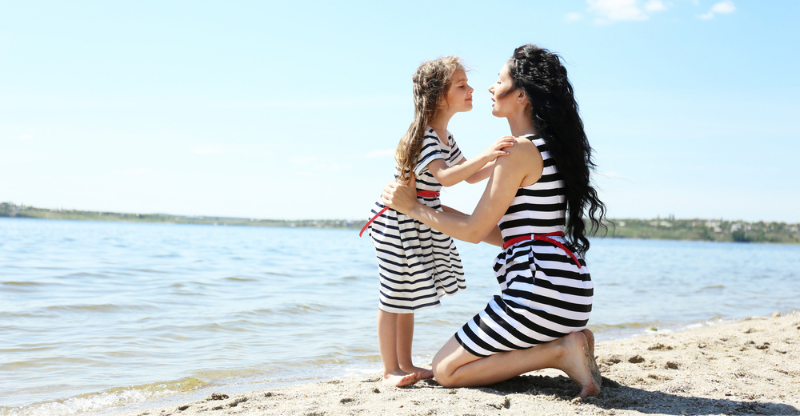 Mother-daughter relationships can be positive or negative, depending on a variety of family dynamics and histories. In any case, there are many emotions to process when it comes to navigating mother-daughter connections that make great fodder for music.

Here are some of the most well-known songs for daughters from mom that lean more toward the positive and inspiring side, and celebrate that special familial bond.

In My Daughter’s Eyes – Martina McBride

Lee Ann Womack encourages her daughters to live life to the fullest, even during times of adversity. Co-writer Tia Sillers wrote this sentimental song about growing up while going through a divorce, which helped to inspire its inspirational lyrics.

This song is an ode to Beyoncé’s daughter, Blue Ivy Carter, and her undying love for her. Toddler-aged Blue Ivy makes an appearance on the track through some candid giggles. This led to Blue Ivy being the youngest person to feature on a Billboard chart hit.

You Can’t Lose Me – Faith Hill

Faith Hill tells her daughter that she will never lose her and will always have her by her side. An alternate mix was used for the music video, which serves as a celebration of femininity, girls, and women.

By Your Side – Sade

This is about staying by someone’s side, no matter what happens in life. It’s a popular song at weddings.

While originally written from a romantic perspective, Carole King reworked this track and sung it with daughter Louise Goffin as the theme song for the American mother-daughter series Gilmore Girls. A Barbara Streisand cover was more popular than King’s original release.

I Got You – Ciara

Here’s a song about Ciara’s love for her baby son and how she will be by his side for the rest of her life. Her baby son Future makes an appearance at the song’s beginning as Ciara sings him a lullaby.

Slipping Through My Fingers – ABBA

ABBA’s classic hit is about a daughter growing up before her mother’s eyes, and seemingly too quickly. It was written by ABBA member Bjorn Ulvaeus but sung by his ex-wife Linda about their seven-year-old daughter. The two also had a son, Christian, before divorcing.

This is about being there for someone when there’s no one else for them to turn to. It charted in the United States and Canada after its release.