8 Best Songs from Encanto the Movie 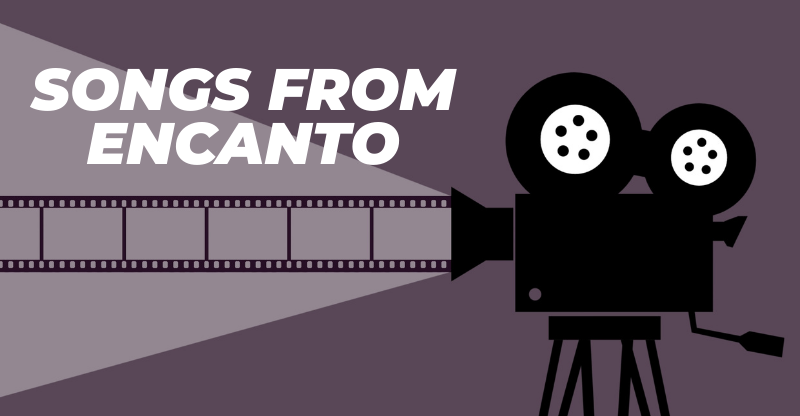 I’ve yet to meet anyone who doesn’t absolutely love Encanto!

It has quickly become one of the most popular Disney animated film releases of all time. Audiences of all ages enjoy and bond over its important themes and relatable, lovable, and downright catchy music.

Celebrate the marvelous film and its popularity by learning interesting facts about some of the most loved and enjoyable songs from Encanto.

This track opens the film. It is sung by characters Mirabel Madrigal and Alma Madrigal to introduce the Madrigal Family and each member’s magical gifts to some children. The track was written by Lin-Manuel Miranda and sung almost entirely by Stephanie Beatriz, with a feature by Olga Merediz. It was an international hit after its release, charting in the UK, United States, Canada, Australia and Ireland. It also hit Billboard’s Global 200 Chart at the 20th position.

Waiting on a Miracle – Stephanie Beatriz

Waiting on a Miracle’ is performed as a Colombian waltz. It highlights the loneliness that Mirabel Madrigal feels because she does not have a magical gift like the other members of her family. It highlights the universal feeling of being an outsider that many listeners can relate to. Lin-Manuel Miranda found it to be one of the hardest songs to write for the movie, as its themes depended on the story’s entire arc as far as Mirabel’s journey is concerned.

This reggaeton song serves as Luisa Madrigal’s only solo in Encanto. It highlights the burden she carries as the family member with the gift of strength who must carry many of the Madrigal family’s burdens. Lin-Manuel Miranda’s reflection on his older sister Luz’s familial pressures as the oldest child compared to his life as the youngest born helped to inspire the song and its lyrics. Jessica Darrow has said that her three recordings of the song helped her develop the character of Luisa for the rest of the film.

In perhaps what is one of the most widely talked-about Encanto tracks in popular culture, Mirabel is warned by her family not to talk about Uncle Bruno, a family member who was gifted with the abilities of a prophet and whose predictions often came true. This is an ensemble number that was an internationally chart-topping hit. It has already been certified gold in Canada and the United Kingdom as well as platinum in the United States.

What Else Can I Do? – Stephanie Beatriz, Diane Guerrero

Isabela sings this track to Mirabel after making a cactus. The song highlights Isabela’s frustrating desires to be less perfect and glamorous and how it can be a good thing to be imperfect and unique. As Isabela says, “What could I do if I just knew it didn’t need to be perfect?” Lin-Manuel Miranda was inspired to write the song by Spanish rock songs of the 1990s. Isabela realizes by the song’s end that she doesn’t have to be perfect.

This ballad is sung entirely in Spanish; its title translates to ‘Two Little Caterpillars.’ It tells the story of two caterpillars in love to highlight the journey and tragedies of Madrigal family matriarch Abuela Alma Madrigal. The caterpillars and their conflicts represent the struggles that the Madrigals face as a family, according to writer Lin-Manuel Miranda. It was nominated for one Grammy Award for Best Original Song and was also nominated for four other awards.

All of You – Adassa, Beatriz, John Leguizamo, Merediz, Maluma & Cast of Encanto

This ensemble song features the entire Encanto cast. It combines several other songs from the film and even references ‘Let It Go’ from Disney’s other hit animated feature film, Frozen. It helps to tie up the themes and morals of the story as the film reaches its end. Casa Madrigal is rebuilt with help from the townspeople as the song progresses. This is the last track that is heard by the characters and is therefore the last song that is related to the film and its story.

Related: see the entire list of songs from Frozen the movie.

This song is a tribute to Colombia. It is not heard by the characters and is not to be considered a song that is related to the Encanto plot. It is heard as the end credits roll, but also plays during an earlier scene in the movie. That scene is when Mirabel’s cousin Antonio Madrigal receives his gift. It reflects Lin-Manuel Miranda’s love for Colombia and discusses partying and having fun with loved ones in Colombia.