12 Best Songs from Guardians of the Galaxy (the Movie) 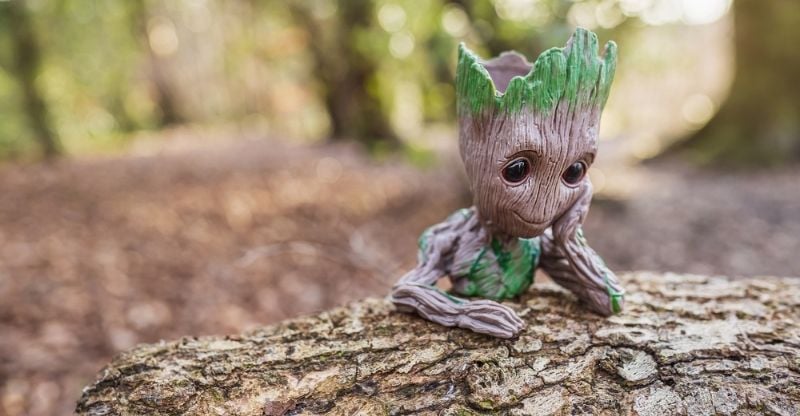 Do you love the music from the 1960s and 70s? Then you’ll love this movie soundtrack.

Guardians of the Galaxy came out in 2014 and is known for having a fab soundtrack filled with classic songs. It seems like an odd choice for a Marvel movie taking place in space, but director James Gunn says the music functions to remind the audience that the character Peter Quill is from Earth. Whatever the reason, it worked.

So here are the best songs from Guardians of the Galaxy. Enjoy 🙂

Hooked on a Feeling – Blue Swede

This 1973 hit by a Swedish band made it to #1 in Sweden, the US, Australia, Canada, and Holland. It’s a cover of Johnathan King’s 1971 version, which is a cover of the original 1968 version by B.J. King. Whew, got it? Like the song’s creation, the song has several layers in Guardians of the Galaxy. It shows that music is Peter Quill’s connection to Earth, it leads into a montage, and it also serves as comedic relief while Peter gets tased.

Go All the Way – Raspberries

‘Go All The Way’ charted in the Top 10 in the US when it came out. It was intended to be a blatant dirty song that uses such risqué language that it couldn’t be censored when performed. “Go all the way” is only an innuendo if you know the meaning, right? In Guardians of the Galaxy, the song is on Peter’s mixtape and only plays for just a few seconds as a transitional song from one scene to another.

Spirit in the Sky – Norman Greenbaum

Religious music doesn’t always hit the top of the charts, but this one did in both the US and UK. Norman Greenbaum sings about how after death, he’ll be “goin’ up to the spirit in the sky,” that is to say, he’s going to heaven. Norman is Jewish but chose to write the song about Jesus because he thought people would like that better than singing about Jehovah. This song was in a trailer for GotG but wasn’t in the film.

What song fits Guardians of the Galaxy better than a Ziggy Stardust song? The song sounds like it’s far from Earth with its mention of a “space invader” and a “pink monkey bird.” In the film, the song plays while the Guardians arrive at a planet that was once the head of a celestial being. The song and the setting both feel far from familiar, making it a perfect match.

Fooled Around and Fell in Love – Elvin Bishop

Peter Quill and Gamora sort of have a romantic moment when this song plays in the film…at least until Gamora pulls out her knife. The song is about a man who “fooled around and fell in love” with a girl, which seems to be what Peter did. The song has a somewhat sad bluesy feel to it, as if falling in love is a bad thing.

In this classic song about not wanting to fall in love, the singer tries to convince himself that he’s not in love anymore – but that couldn’t be farther from the truth. In Guardians of the Galaxy, young Peter listens to this song while he’s waiting in a hospital for his mother. The sad song fits the situation well, and the chanting lyric, “big boys don’t cry,” could be symbolic of the situation Peter is going through.

I Want You Back – The Jackson 5

This song is about a man who fell in love with a woman (or a boy who had a crush on a girl) but was foolish enough to let her get away, and now he wants her back. This peppy song put The Jackson 5 on the map and was incredibly popular when it came out. In Guardians of the Galaxy, it plays at the end of the credits with a scene of “Baby Groot” dancing to it in his planter.

Come and Get Your Love – Redbone

This song is the opening song for Guardians of the Galaxy. Peter Quill turns on his Walkman and listens to it while he dances and explores around some ruins as the beginning credits play on the screen. Redbone was a Native American band whose members used different last names to avoid discrimination. This song made it number 5 in the US and is still well-known to this day.

Cherry Bomb’ is about a troublemaking young woman who is promiscuous and stresses her parents out. This song wasn’t too popular, although it did get some attention since the lead singer was a teen at the time of this song’s release. In Guardians of the Galaxy, this song plays during a montage of the Guardians preparing to handle a destructive stone.

This carefree song is about escaping your troubles and going with the flow. A woman puts an ad in the paper, which is the chorus, and a man responds to it. Little did he know that the woman was the lady he broke up with for being too boring! This song plays while Peter Quill retrieves his Walkman from the man who stole it, showing that he’s not worried about getting into trouble. There’s also a decent Jack Johnson version of this song too.

O-o-h Child’ instills hope by promising that tomorrow will be better and life will be easier. It charted in the Top 10 in the US, showing that many people resonated with the song. (This song did come out during the Vietnam War, after all.) Peter Quill uses it to distract the enemy in a dance-off so the other Guardians can take the stone away from him.

This is one of those perfect duet songs to use when you need to let someone know you’ll always be there for them. This song plays at the end of Guardians of the Galaxy when Peter opens a mixtape his mother left for him many years ago before she passed away. The song says, “if you need me, call me, no matter where you are,” and the limited access to music Peter has is his way of feeling close to his mother.