12 Best Songs from Shrek the Movie 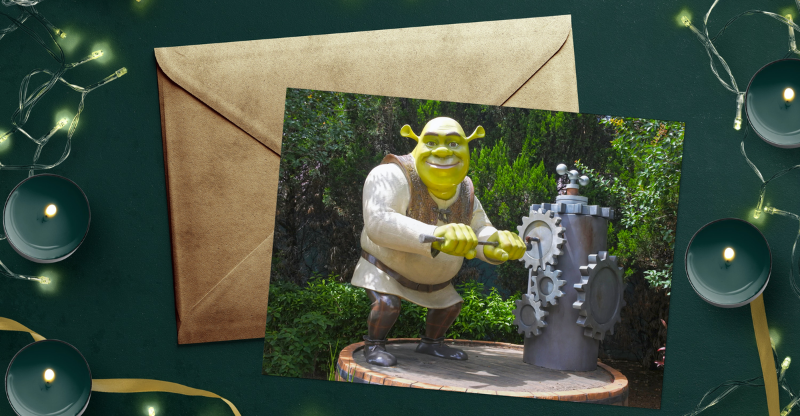 You’ve probably already seen Shrek. It’s one of the most popular animated movies ever (it even won an Oscar!) and has a superb soundtrack.

But try finding all the songs in one post, hmm…not so easy.

Until now, that is. So without further ado, here are the best songs from Shrek the movie. Enjoy 🙂

Smash Mouth’s ‘All Star’ wasn’t written for Shrek, but it might as well have been with how strongly it’s associated with the movie! The song plays at the beginning of the film during a montage of Shrek living his life, which involves mud baths, slug toothpaste, painting threatening signs, and being attacked by angry mobs. The lyrics of ‘All Star’ don’t seem to line up with the montage at first until you consider that Shrek is an infamous ogre that people want to defeat. He’s a “rockstar” as long as a rockstar is defined as a treacherous ogre!

I’m On My Way – The Proclaimers

This song talks about finding your way to happiness. It addresses a “you” in the song, so this person most likely plays a big part in the singer finding happiness. The song plays in Shrek during a montage of Shrek and Donkey headed to the castle to rescue Princess Fiona. The song says, “I’m on my way from misery to happiness today,” which is a fitting song for Shrek’s journey. He’s rescuing Fiona to have the fairy tale rejects removed from his swamp, but little does he know that love is going to be what frees him from misery.

Young people who grew up watching Shrek probably think this song belongs to Smash Mouth, but it’s actually a cover from The Monkees who released this song in 1966. The love at first sight song is about how a man’s perception of love was messed up until he meets a woman who was so beautiful that it changed his mind (“then I saw her face”).

It makes sense for this song to play at Shrek and Fiona’s wedding – Shrek was against friendship and affection until he met her!

‘Like Wow!’ talks about what it feels like to be enamored by someone who’s perfect for you. They create strong feelings that leave you a bit speechless, so “like wow” is a reasonable response! Since this song is sung by a woman and plays in the credits, you can assume that this song was chosen to describe how Fiona felt about Shrek.

It Is You (I Have Loved) – Dana Glover

The song’s melody is well-known and loved as Fiona’s theme that plays throughout the movie, but it’s perhaps most well-known for the scene where Fiona is singing to a bird in the forest. She hits a note so high that the bird pops like a balloon, and then the poor bird’s eggs are eaten for breakfast. The whole song is only heard in the credits, and this is where you’ll hear it’s a love song about someone who makes the singer feel complete.

This song had a promotional music video that used clips from the film mixed with clips of Baha Men performing the song. The video was included on the first DVD release of Shrek, and the song can be heard in the credits. Modern Romance originally released the song in 1983, and Baha Men’s version significantly changed the lyrics to include the mention of an ogre, but it keeps the same vibe of celebrating a lasting love that’s happy and carefree.

Bad Reputation is the ultimate “I don’t care what you think about me” song. It’s all about living your life how you want without worrying about what others will think of you, and anyone who disagrees with you is old-fashioned. This song plays during a tense but fun scene where Lord Farquaad commands his knights to defeat Shrek. But Shrek can defeat all of them himself (while Donkey happily watches from the sidelines) and even gets the crowd to cheer for him.

This Eels song is about a woman who is often thought of as tough or threatening to others, but she’s as soft as a pussy cat to her lover. The song plays while Shrek, Fiona, and Donkey are headed back to Lord Farquaad’s castle. Fiona is proving to be unlike a princess as she roughhouses as Shrek does. At this point, it hasn’t been revealed that Fiona turns into an ogre at night, so the song lyrics allude to her monstrous secret.

You Belong to Me – Jason Wade

A small portion of this song plays during the film when Shrek and Fiona are dining on mice roasted over a campfire. (Mm, ogre cuisine!) The two are having a sweet moment as they sit together right as the sun sets. The song has a soft tune that creates a romantic scene, and the singer tells his lover, “you belong to me.” The mood is ruined when Donkey points out how late it is, and Fiona rushes to bed. She uses fear of the dark as an excuse to hide the fact she turns into an ogre.

Leonard Cohen wrote and recorded the original version of ‘Hallelujah’ in 1984. The song is saying that life and love are complicated, and we can’t always make sense of it. Eventually, we have no choice but to just accept it for what it is and say “hallelujah,” which translates to “praise the Lord.” It’s an interesting choice for the Shrek movie, but it plays when Shrek wants to be with Fiona, but she’s preparing for her wedding with Lord Farquaad. Nothing is going right, and Shrek can either sit by and do nothing or go after Fiona (which he does).

Eddie Murphy voiced the loud and bubby Donkey who always tried to be the center of attention throughout the film, so it makes sense that Donkey would be the star of the show at the end of Shrek and Fiona’s wedding. The song starts out as Smash Mouth’s version, but Donkey takes the microphone halfway through and leads the wedding attendants in a festive dance party at the end. He adlibs over the song here and there to make it his own.

This song is all about being dependent and following your own path in life rather than doing what others want you to do. It’s also an antisocial song that threatens to throw out anyone who steps foot on your property. Seems to fit Shrek’s personality perfectly, right?

This song plays at the end credits, so while Shrek’s personality changes to become more accepting of love and friendship, it still fits his solitary swamp life and general hatred for fairy tale creatures.