16 Best Songs from Sing the Movie 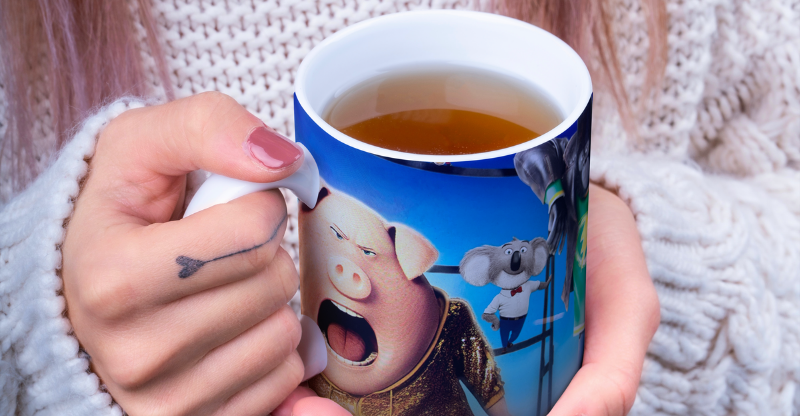 Sing is one of the most popular animated movies in recent history, and for good reason – it’s lots of fun!

But what sets it apart is its soundtrack – it’s packed full of amazing songs.

The movie tells an entertaining story about pursuing your dreams, even when they seem impossible and everything in life is getting in the way (we can all relate to that, right?).

So without further ado, here are the main songs from Sing. Enjoy!

This duet between the untouchable Stevie Wonder and pop sensation Ariana Grande is really something to behold. It can be interpreted as a love song, an ode to friendship, or a track that tells the story of two friends who become romantic partners.

The song also sends an important message about how vital it is to have faith in your loved ones. It’s a brilliant track that charted in seven countries after its release and was certified gold in Italy.

The second track on the Sing soundtrack is a classic by the Spencer Davis Group and tells of universal themes of wanting love and passion from a romantic interest.

Rolling Stone magazine has listed it as one of the 500 Greatest Songs of All Time, and it charted in several countries around the world after its release – which are pretty impressive statistics for a song that was written and rehearsed by the band in just thirty minutes!

The Way I Feel Inside – Taron Egerton

‘The Way I Feel Inside’ is the first track sung by Taron Egerton as Johnny, demonstrating his vocal skills and introducing the character, who sings while waiting for his father and his friends to finish a bank job.

It tells a classic story of hiding one’s feelings for a romantic interest who may or may not be interested in pursuing a relationship.

This track was originally conceived by The Zombies in 1965 and was written by Rod Argent.

Seth McFarlane performs this track in Sing as his character, Mike, who is a big fan of crooner Frank Sinatra. This song is a popular show tune, and was written by Irving Berlin in 1936 for the film Follow the Fleet.

It has been covered numerous times over the years. It is an encouraging song that tells listeners that they should face the troubles of life with optimism and enjoy the good times when they can.

Related: see our playlist of songs about good times.

This duet between characters Ash (Scarlett Johansson) and Lance is performed twice in the film, once in a bar and again during auditions. It is one of the few original tracks in the film.

It’s all about living life on one’s own terms and ignoring what others have to say about any of it. This theme could be interpreted as highlighting an admirable type of independence or a more negative stubbornness, depending on how you look at the lyrics.

Reese Witherspoon and Nick Kroll sing this duet track as characters Rosita and Gunter in the film. Originally performed by Shocking Blue in 1969 – and later by female trio Bananarama in 1986 – the song is often said to be about a beautiful, seductive, and powerful woman.

The song charted in numerous countries after its release, hitting the number one spot in several, and has been certified platinum in Canada.

The ‘Auditions’ track on the Sing soundtrack consists of numerous songs that the many diverse animated animal characters – with varying levels of talent – perform during the audition scene in the film at the Moon Theater.

This song is performed in Sing by the Gipsy Kings themselves in its original form. It plays in a store over the PA system as Rosita shops for groceries. Without its accent mark, ‘Bamboleo” means ‘I Swing’ or ‘I Sway’ in Spanish.

The song is famous throughout the world and has been covered by various artists in Spanish and other languages. The song’s lyrics focus on “swaying” through life or living life in a carefree and independent way.

The famous ‘Hallelujah’ has been covered numerous times, and Sing’s haunting feature is no exception. Tori Kelly performs it as the young, shy Meena when she stands among the rubble of the Moon Theater after the climax of the film.

It’s a lyrically and musically complex tune with several varied interpretations of its meaning. However, one of the most widely accepted understandings of this Leonard Cohen track is that its lyrics refer to religious imagery.

The original version of this powerful Queen and David Bowie collaboration plays as the animal cast builds an outdoor stage from the remains of the Moon Theater near the end of the movie.

The song tackles the pressure of human life and the ways that love can make that pressure easier to deal with. The song’s two-note bass riff is iconic, and may explain why it became one of Queen’s best-performing and most famous songs.

Rosita and Gunter perform this Taylor Swift hit as a final duet during Buster Moon’s outdoor singing showcase as the film is close to its end. Swift wrote the song as a message to her detractors, especially within the media. It’s message and uplifting dance beats serve as inspiration to anyone who wants to remain courageous in the face of outside criticism from those who want them to feel bad or question their life choices.

Johnny performs this track in one of the most powerful scenes in the last half of Sing. It was originally performed by Elton John and is directed at an ex-lover that can’t stop the protagonist from living their best life. It charted in several countries after its release and has been certified platinum, gold, silver and double platinum in various countries. Taron Egerton performed the track again when portraying Elton John in the film Rocketman.

Set It All Free – Scarlett Johansson

Scarlett Johansson’s final solo performance in Sing is one of three songs that was written specifically for the movie. Johansson, as Ash, is depicted writing the song after breaking up with fellow character Lance. She then performs it during the singing showcase.

The song illustrates the feelings of freedom and self-empowerment that can come in the aftermath of a painful breakup from a hurtful romantic partner. Sometimes it takes a painful event to “set it all free.”

Frank Sinatra’s ‘My Way’ serves as Mike’s (Seth MacFarlane) showcase finale in Sing. Sinatra popularized the song in 1969; it was set to the music of the French song ‘Comme d’habitude,” which was written in 1967. It stayed on the UK Top 40 chart for an impressive 75 weeks—the second-highest spot a song has ever held. The song is about approaching life in one’s own, unique way and the successes that come with being your authentic self.

Related: this classic also appears on our playlist of the greatest karaoke songs.

Tori Kelly’s final performance as Meena during the singing showcase shows the character growing and becoming more confident as a performer.

This Stevie Wonder classic has the protagonist ensuring his love interest that she is safe to spread her wings and enjoy all life has to offer with him – and that his love is there for her to fall back on.

It serves as a great example of the support a romantic partner should show for their lover.

This medley track is featured three times throughout Sing, and ends the film in an uplifting way as the Moon Theater is shown being reconstructed.

The song is made up of two Beatles classics: ‘Golden Slumbers’ was based on the poem Cradle Song, and is a quite perfect example of a lullaby. ‘Carry That Weight’ is a harder rock song that alludes to the weight of being a Beatle (that the group’s members would always carry with them).