17 X-ellent Songs That Start with the Letter X 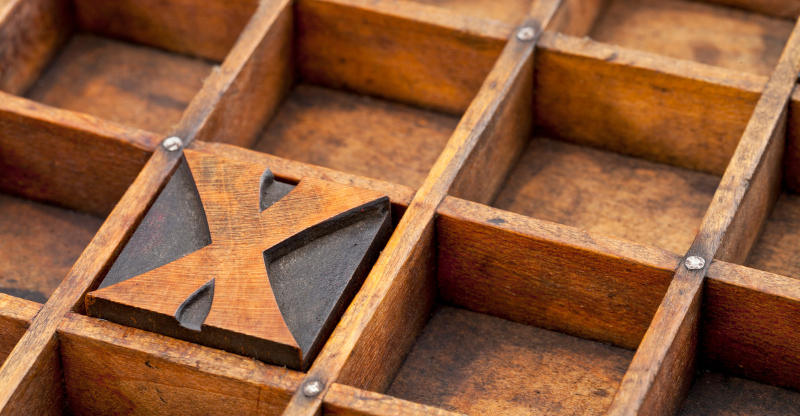 You may think that the letter X is rare and unusual, especially concerning words and titles.

If that sounds right to you, it may be a surprise that there are quite a few song titles that start with the letter X!

Here are some songs that start with the letter X to help you feel inspired by how musicians use language to come up with unique songs and ideas.

This track was written for the musical film of the same name; Olivia Newton-John performed the track and starred in the movie. The lyrics talk about the imaginary location of the song and film. Many ELO fans were offended that the band wrote such a disco-focused track; the film ended up being a failure, but the soundtrack was popular.

The title here most likely refers to a time when soldiers returned home from the Vietnam War. The song tells a graphic story about the suffering that war causes, specifically the Vietnam War, and the gravity that comes with realizing many soldiers could never go home again.

Here’s a track hidden on Coldplay’s album A Head Full of Dreams. It plays after ‘Army of One.’ Chris Martin raps through a vocoder about being determined to find a treasure, no matter what obstacles he faces on the way. Whether it’s about a real or symbolic treasure may be up to interpretation.

Related: Don’t give up! Just listen to these fighter songs.

Madonna sings about being a different person when she’s around a lover in this track: “When you’re around, I don’t know who I am.” As the song’s protagonist, Madonna seems near an existential crisis and makes an important point about giving too much of your time, energy, and soul to a romantic interest—or a religion.

Related: Here are more songs about leaving a toxic relationship.

Beyoncé tells a romantic interest that they need to pursue a relationship before it’s too late in this track. She also points out that she will be there for this guy no matter what, through thick and thin. It’s a song about the power of love through all circumstances and the happiness that having someone special in your life can create.

Related: Hear a cover of this song on our list of songs about meeting your soulmate.

This song was meant to highlight a time in Elliott Smith’s mother’s life. It specifically highlights the moment when the woman and Smith’s stepfather sang drunkenly at a karaoke bar. The line “I’m never gonna know you now, but I’m gonna love you anyhow” might be Smith speaking to his mother, though it could refer to the relationship with her husband.

Here’s a collaborative track that laments the broken state of the US, particularly where politics and racism are concerned. U2 sings specifically about the loss of the American Dream. The track marks one of two collaborations between U2 and rappers on songs.

This title plays on the word “ecstatic.” It warns listeners of the embarrassment that too much alcohol can bring, even if drinking seems like a good and fun idea at the time. The protagonist is embarrassed by the behavior he formerly was proud of once his head has cleared.

Related: Head over to the best songs about drinking.

Will.i.am tries to woo a woman through text messages in this track, as evidenced by its title. The group used heavy Auto-Tune to make their voices sound homogenous on the track, which was will.i.am’s idea. You can’t tell who is singing on the hook as a result.

The protagonist of this song welcomes back a past lover, who seems to have been hurt in the same way they hurt the narrator. This protagonist is understanding rather than spiteful due to being empathetic of heartbreak. The track starts with distinctive drum music that draws the listener in.

Related: Who hurt you? Here are some songs about being hurt by someone you love.

Here’s an ode to an anonymous friend of the band who ended his own life. This friend couldn’t face that his life was changing, and he had to make a future rather than focus on the joy he felt in the past. The lyrics talk about this dilemma.

This song seems to be about being obsessed with a love interest, specifically one who might not be stable or a good partner for the narrator. It explores the hardship of trying to make a bad relationship work against all odds, especially when you have deep feelings for the other person.

Related: You won’t be able to get enough of these songs about obsessive love.

This Blur track’s protagonist proclaims, “I am an ex-offender,” but that seems to be the least-abstract line in the whole song. The narrator goes on to hang out in the city away from dangers, but that’s all we learn about this mysterious individual who may have committed a crime at some point.

Related: Are you innocent? Check out these songs about crime and punishment.

Billie Eilish sings about the prescription drug Xanax, used to treat anxiety, in this track; the title is an abbreviation of the medicine’s name. Eilish sings about her own desire to stay away from mind-altering substances in the track and warns listeners to be careful with their health and well-being, so they don’t hurt themselves trying to feel better.

OutKast goes up against someone who seems to be an enemy of sorts in this verse-filled collaboration with B-Real. This track has an explosive sound and is the 14th song on the album Stankonia, released on Halloween in 2000.

Here’s an extremely graphic track that doesn’t waste time on innuendo or subtlety in its lyrics that fuse desire for passion with desire for a certain type of funk music. The narrator boasts that this type of adults-only tune is his preferred type of funk music, as he lives his life in a similarly graphic way.

This atmospheric song relies heavily on nature samples, with bird tweets lending a distinctive sound. Percussion and bleeps that follow the birds lend a shocking contrast to the sound that helps the listener feel something and think about the unique ways many songs are produced.