30 Zesty and Zen Songs That Start with the Letter Z 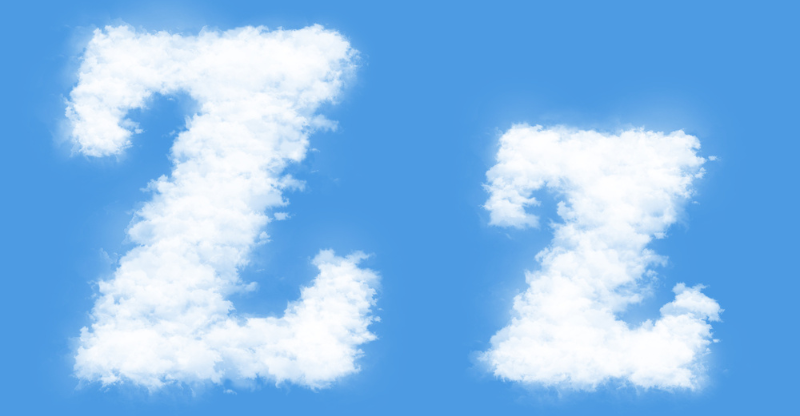 Z isn’t commonly used in English, and it can be hard to even think of words that start with it. Despite its scarcity, the letter Z has gotten much attention in songs. Perhaps it’s because of the zippy sound it makes as you say it that makes it enjoyable to use in songs.

Here are some songs that start with the letter Z that will help you fill out any alphabetical playlists you might be working on.

This song is named after the fictional character that David Bowie and his former wife Angela created, inspired by the musician Legendary Stardust Cowboy. This particular track finds Ziggy Stardust getting conceited to the point that his band wants to seek revenge on him. The lyrics demonstrate the dangers that can come with ultra-stardom.

The IRA bombing in Warrington, Cheshire, England, that took the lives of two children inspired this track. The purpose of the song was to inspire peace between Ireland and England. The IRA called a ceasefire a few weeks after ‘Zombie’ was released—it is possible that the group didn’t want any more musical attention.

Related: This song features on our list of most popular Irish songs.

Billy Corgan sings of his empathy in this song. He seems out of emotion as he can’t have what he wants. He also seems to have a crisis of faith, telling listeners to save their prayers for when they really need them, as they aren’t likely to be answered.

This song warns listeners of the dangers of getting everything they ever wished for. It makes it clear that having everything you want won’t make you happy and that being spoiled by life could bring out our darker side.

Related: Can’t get enough? Check out these songs about being greedy.

In this song, Chris Brown gets nothing back from the woman he gives all his love and more. The song was released on UK radio before its official international release on iTunes a day later.

‘Zannalee’ is a little odd, but it seems to be about women named Zannalee and Fendi. Prince seems to enjoy hanging around both women in the song and finds them both attractive. An instrumental version of the song also exists.

Zimbabwe – Bob Marley and the Wailers

Other than talking about Zimbabwe, this song finds Bob Marley singing about working on getting what you want in life. Marley also sings that everyone has the right to choose their life’s course: “Every man gotta right to decide his own destiny.”

Related: Is it written in the stars? Find out with these popular songs about fate.

What started as a song about the island of Zanzibar instead became a story about a fictional bar by that name. In the song, a too-frequent sports bar patron falls for a waitress there. He looks to his favorite sports icons for inspiration in asking her out.

This song was released exclusively on Alicia Keys’ website years after it was written. It was inspired by a painting that was the only one to ever move Keys to the point of writing a song about it. The lyrics are also about escaping and feeling free with someone special.

Related: The best songs about an animal make one zoo of a playlist!

Nada Surf explores the frustration that comes with waiting for something better, only to be faced with the same problems in this track. The protagonist also wishes for a healthy brain to take away all of life’s issues. A French version of the song also exists.

Related: If you need to pass the time, here are some waiting for something songs.

Bruce Springsteen sings of rival gangs in this track. One group, the Pythons, has a leader named Zero who falls in love with “Blind Terry.” Terry’s father sends the police after Zero to kill him when the two escape together. It’s made clear at the song’s end that no one knows what happened to the two young people.

Here’s a track that plays off the title of the Disney Channel television series The Suite Life of Zack and Cody. The lyrics also reference the luxurious life of that show’s title twins, who lived in a hotel.

While it is hard to tell exactly what this song is supposed to be about, there seems to be dancing at play: “Shake it like a ladder to the sun.” There are airs of passion within the lyrics, as well, and possibly themes of trying to fit into society as an outsider.

This is a version of the classic Disney track, the second Disney song to win an Academy Award. It’s about having a great and happy day that makes you want to sing and was featured in the Disney film Song of the South, where James Baskett performed it.

Related: Feel like a kid again with these good Disney songs.

Eminem compares himself to the mythological king Zeus in this track, crowning himself as a God of rap. He also disses the poor taste that he believes his rival rappers’ fans have. The song also tackles the serious topic of police brutality.

This is about a Midwestern teenage boy playing music and his girlfriend, who dutifully listens to him all the time. She has her own ideas but doesn’t want to speak up about them out of loyalty. The song shows the lengths we go to for romance, especially when we’re young.

Related: Here are some more songs about your true love.

Here’s a short and simple piece about seizing the day. The protagonist is aware that people age and life ends. As a result, he wants to take full advantage of the current moment, possibly romantically or passionately.

Related: Don’t miss your chance to hear our playlist of songs about opportunity.

This song’s name is one of the instruments used in this instrumental piece. However, the guitar line stands out as well as the harp-like zither.

The narrator is looking for a person he loves, who seems to be named or nicknamed Angel. He goes to her house only to learn that she is leaving, probably for good. The narrator eventually learns that she has gotten married, probably sometime after she left her childhood home.

Related: Here are the best songs to say goodbye for when you need an eloquent way to leave.

Here we have a protagonist who is seen as a “loser.” He has money but nothing to show for it, as he hasn’t had any personal successes to speak of. He’s also a musician who plays mediocre songs that will never compare to those of his musical heroes.

Related: Struggling with feeling inferior? Here are some songs about not being okay.

This is a brief piece about the end of a frantic week. The narrator seems to be talking about another person and their chaotic life. He wonders if this is really the way this person wants their life to be.

Flo Rida samples Soft Cell’s cover of ‘Tainted Love’ on this track, which finds him wishing to be with a woman who isn’t his current girlfriend. He seems to believe that she can give him all the things his current partner can’t. T-Pain features on the track.

Related: Hear the original ‘Tainted Love’ on our list of the top remake songs.

‘Zoot Suit Riot’ has a fun sound but has a more serious meaning to its lyrics, as it talks about the Zoot Suit Riots of 1943. The song also began the 1990s swing-dancing revival.

Here’s a track that refers to the Zombie Zoo club and the young punk girls that hung out there. The song highlights how these girls pretended to be something they weren’t and wasted their lives on a certain image and way of life.

Related: Don’t get too scared by our monster songs playlist.

Alice Cooper tells the story of the swordsman Zorro. He dies in the song, leaving many to feel heartbroken and discouraged. We learn toward the song’s end that the narrator is apparently Don Diego.

This song is filled with a lot of strange metaphors and abstract lyrics. However, it seems that the narrator is trying to convey that everything keeps going wrong in life.

This is an instrumental piece that Peter Gabriel released on the album Shaking the Tree in 1990. Gabriel based it on an Egyptian rhythm that inspired him, slowing the tempo to create something new.

This song is named after the Zoo Bahnhof train station in Berlin, which is where the underground area of the U2 train line starts. The song’s narrator is happy in life and ready for new adventures, including love with someone special. There are also train-related metaphors within the song.

Related: All aboard our playlist of songs about locomotives!

The narrator of this song talks about someone who seems to be a past girlfriend. The two are apparently not in contact anymore, with the woman being in a new, high-society place in life: “Now you’re such a lady. Why your feet don’t touch the ground?” It seems that she has no place for people from her old life anymore.

‘Zero Chance’ reflects on the seriousness of depression and the many negative ways it can affect one’s life and the life of those around the victim. The title appears in the second verse and shows how depression can ruin people’s futures.