26 Songs with a Profession in the Title (or Occupations) 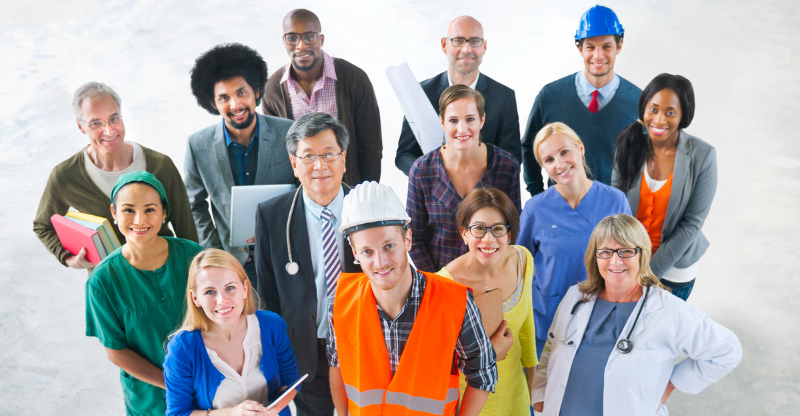 If you need some tunes to get you through your shift, this playlist of songs with a profession in the title should do it! It covers many different occupations, from bartenders to shiny cowboys. These songs are about laughing and crying through the job, but it’s all in a day’s work!

Aspiring writers hoping to publish someday will relate to this song! The song is the narrator’s pitch to an editor. He explains what the book is about, the length, and promises it will make millions as soon as it publishes. Paul McCartney wrote the song after helping a friend open the Indica Bookshop. It was The Beatles’ first song that wasn’t about love to make it to number 1.

This song is about someone so focused on their work that their relationship deteriorated because of the neglect. Perhaps the narrator is a scientist because of the title and the mention of science throughout the song. The song’s origin isn’t clear, as some say it was about the lead singer’s sister, but other quotes say it’s about romantic partners. Regardless, it made it to number 10 in the UK and was later covered by Willie Nelson.

Related: Check out our playlist of songs about second chances in love.

‘Buffalo Soldier’ is about the black soldiers who had to fight Native Americans during the American Indian Wars. The black troops were tasked with protecting settlers from Native Americans, repairing forts, and building telegraph lines, among other things. Although the origin of the term “Buffalo Soldier” isn’t certain, it’s assumed that this name was given to black people by Native Americans because they regarded buffalo as brave. The song charted in the Top 10 in the UK, New Zealand, and Norway.

Related: This song is featured in our animal songs playlist.

It seems like every student develops a crush on a teacher at some point, and ‘Hot For Teacher’ is about those feelings. This song made it to number 54 in the US, and the music video was played frequently on MTV, which had just come into existence a few years prior.

A preacher’s children are stereotypically known to be “good” kids because of who their parents are. However, the singer in this song fell in love with a preacher’s son and would sneak away to get some alone time together! The song did well when released in 1969, reaching numbers 9 and 10 in the UK and the US. Fun fact: the backup singers were a group called Sweet Inspirations, which Whitney Houston’s mother performed in.

Paul Simon wrote this song after receiving harsh criticism of his music. He’s ‘The Boxer’, depicted as having a tough life and many problems. Many people think the “lie la lie” chorus says that the boxer is lying, but it’s not that deep. They were just placeholder lyrics because Paul couldn’t find the right words to fit the song.

Related: Feel victorious with our playlist of winning songs.

The narrator of this song is paid to put on private shows for people. The work leaves her feeling lonely and empty inside, but she does it because she has lofty goals to achieve. The song suggests that a private dancer does promiscuous work, but Tina Turner admitted to being a bit naive about the song’s connotations. Still, the song did well and allowed Tina Turner to make a comeback in her career at 44, which isn’t a common occurrence in Hollywood!

The woman in this song just had her heart broken by a guy, and all her friends are telling her to go out dancing and have a fun time rather than feeling miserable all night. She ends up going and has a great time and keeps telling the bartender to bring her drink after drink. The song charted similarly in the US and Canada with 31 and 29 on the Hot 100 and number 1 on the country charts.

‘Coal Miner’s Daughter’ is an autobiographical song. Loretta Lynn’s father worked in a coal mine and didn’t receive much money, so her family grew up poor. Loretta’s song about her life hit number 1 on the country charts and even made it to the Hot 100, coming in at 83.

Related: Check out the best country songs of all time.

The man in this song calls himself an ice cream man, a clever innuendo he uses to tell a lady that he can deliver what she wants. Once you understand the joke, this ice cream song is pretty straightforward! This song was on the Closing 1973 Closing Time album, and although the song wasn’t super popular, it’s considered a cult classic along with the rest of the album.

Enter Shikari criticizes the privatization of healthcare in this song. Since illnesses can’t be controlled, they say that people shouldn’t have to be punished by paying for treatment. The song came to be due to talks of privatizing the National Health Service, which many citizens are against. The song charted at number 9 on the Rock chart in the UK.

People speculate that this song is based on Dr. Robert Freymann, who supplied drugs to numerous celebrities, including The Beatles. He often gave his patients spiked B12 vitamins to make them feel good, which is why they speak so highly of him. ‘Doctor Robert’ was released on the Revolver album in the UK and many other countries but was included on Yesterday and Today in the US.

This song isn’t really about a man needing a maid to make life easy, but rather he needs one so he doesn’t get involved with another woman and experience heartbreak again. The man talks about his changing life and how he can’t trust anyone anymore, suggesting that he recently experienced heartbreak. By thinking about getting a maid, he’s warding off any chance of getting close to another woman.

Many people assume this song is about materialism, but it’s a commentary about the threat of nuclear war that loomed over the 1980s. Jackson Brown said that most people didn’t understand what his song was about because the younger generation at the time wasn’t up-to-date on politics. They still liked the song because it charted at number 13 in the US.

I Shot the Sheriff – Eric Clapton

‘I Shot The Sheriff’ is about a man falsely accused of shooting a deputy. He confesses that he did shoot someone, but it certainly wasn’t a deputy! Bob Marley initially released this song with the same title in 1973, and Eric Clapton released his cover the following year. Eric’s version kept the reggae style but turned it into a rock song. It was a huge hit that made it to number 1 in the US and number 9 in the UK.

The narrator in this song was dying of boredom until a DJ told her to get up and dance! She keeps worrying about her lover, but eventually, she forgets all about it as she dances the night away. This song barely made the Top 100, only reaching 101, but it made the Top 10 in several other countries, either as R&B or with pop songs.

The Tears of a Clown – Smokey Robinson & the Miracles

This upbeat song has sad lyrics that might bring you to tears if they were played with sad music. But, it suits the song perfectly since it’s about hiding your pain. The clown in the song appears happy and laughs for everyone else’s sake, but they’re crying on the inside. This song made it to number 1 in the US and the UK and the Top 10 in several other countries.

‘Police and Thieves’ calls for peace to prevent peaceful people from becoming violent, whether they turn into criminals or police. The song manages to be hopeless and hopeful simultaneously, leaving you feeling that “maybe something can be done.” The song was a moderate hit and has been covered by The Clash and many others.

Related: Take a risk with our songs about crime playlist.

‘Rhinestone Cowboy’ was a big hit, coming in at number 1 in the US and 4 in the UK. This cowboy song is about a cowboy who’s worked hard for years, determined to get the fame he deserves. He knows there are still more challenges to come, but one day, he’ll be the shiniest rhinestone cowboy that everyone knows!

Sail on Sailor – The Beach Boys

The Beach Boys created a fantastic song about perseverance when they recorded ‘Sail On Sailor,’ fitting for the Holland album. Their producer wasn’t happy with the album, saying there weren’t any songs good enough to be singles. They whipped up this one, and it charted at number 49.

Nirvana requires you to use some twisted imagination for this song! They reimagine the characters of The Andy Griffith Show that aired in the 1960s as killers who use the barbershop to trap their next victim. Each character has a sinister task, and needless to say, the narrator didn’t get the shave he was going for!

‘Politician’ is a commentary about how politicians don’t tell the truth. The narrator says he supports one direction but leans in the other, but you won’t see him anywhere near the argument when standing up for something. The song was released in 1968, but you may find that it still applies to almost any political situation today. It has memorable guitar solos you’re sure to love!

If you find yourself overworking and never resting, you might relate to this song. ‘Driver 8’ has been working a long shift with little to no rest, and the train conductor urges him to rest. However, the driver doesn’t want to because there’s still a long distance to travel. Many people don’t rest from working today because there’s too much to do each week.

Related: Find this song on our list of top country karaoke songs.

This song’s lyrics don’t make much sense, but that’s because they’re not supposed to. It’s about a ‘Manic Mechanic’ who’s a little bit crazy because he’s spent so much time working on cars. This song was based on a friend of the band’s who was a mechanic and was definitely manic!

Me and the Farmer – The Housemartins

This song is sung from the perspective of someone who helps out a farmer. The work is grueling, he doesn’t get a break, and even God makes the job difficult. Even though the work is mostly unenjoyable, he can still have some good times with the farmer, as long as all his work is completed perfectly!

More songs with a profession in the title: