27 Best Songs with ‘Baby’ in the Title 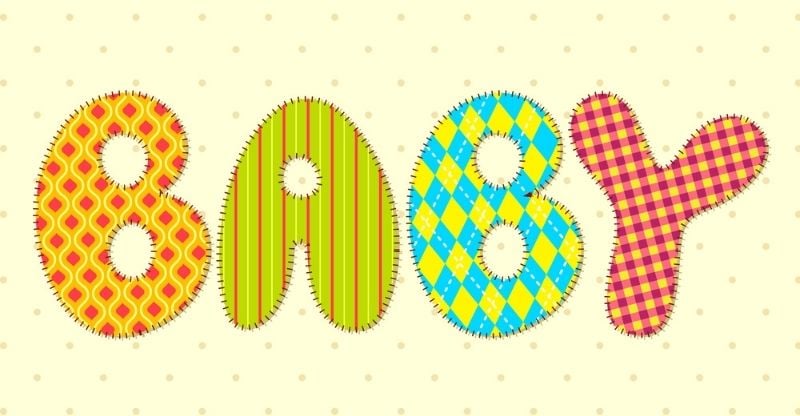 So without further ado, here are some of the best songs with baby in the title.

Be My Baby – The Ronettes

“Be My Baby’ is a classic track about a young woman pleading with the guy she likes: “be my little baby.” The string section was pretty groundbreaking and made the song stand out among other pop hits of the time.

Brian Wilson was inspired to write this song while wondering aloud if he could match the unique sound of The Ronettes’ ‘Be My Baby’ (see above). Wilson’s wife Marilyn supposedly uttered “don’t worry, baby” to him, and the song was born.

This sweet and innocent Motown classic is about the hopeful romance involved in teenage love. It became one of ten Top 10 hits in the United States for The Supremes. The lyrics were inspired by writer Lamont Dozier’s first love, who he said he never got over.

Related: check out our playlist of songs about teenagers.

Sonny & Cher sang this iconic duet after Sonny Bono wrote the lyrics on a piece of cardboard. It’s a track about sticking with the one you love no matter what anyone else says about the relationship.

Related: see our list of songs about staying together through hard times.

‘Baby You’re a Rich Man’ encourages listeners to place priceless immaterial possessions above riches. A clavioline was used as a makeshift synthesizer in this track, giving the beginning a unique trumpet type of sound.

My Baby Just Cares for Me – Nina Simone

Eddie Cantor originally performed this track in the 1930 film Whoopee! Nina Simone’s cover became a minor success, hitting Number 82 on the UK charts after its release. Simone sings through the eyes of a woman whose lover only cares for and focuses on her.

Bob Dylan sings of forgetting about life’s cares through one night of romantic pleasure. This has been a popular cover song for many artists., including Robert Palmer and UB40.

This song is all about James Taylor’s nephew, who was given his name—even though Taylor wasn’t aware he had become an uncle at the time. However, this gentle lullaby also contains references to Taylor’s own past.

Baby Be Mine – Michael Jackson

Here’s a classic pop track about a man begging his love interest to commit to him. An early model Shure SM7 microphone was credited for Jackson’s impressively clear vocals on the song.

This is a simple yet powerfully heartbreaking song. It highlights the mixed feelings that can arise when a relationship is about to end, with one partner being completely ready to finish things.

Related: for more on relationship bust-ups, see our list of breakup songs.

Dream Baby (How Long Must I Dream) – Roy Orbison

Roy Orbison sings of dreaming and longing for a love interest and needing to move forward with the relationship to feel satisfied. It became an international hit and was eventually included on Orbison’s greatest hits LP.

Have You Seen Your Mother Baby, Standing In The Shadow? – The Rolling Stones

This song was written to be open to interpretation by each listener; however, Keith Richards has said that the “mother” theme was not meant to be controversial or abstract.

The guitar feedback at the beginning and end was a relatively new concept when the song was written, making it somewhat groundbreaking.

American singer Anne Bredon wrote the tune in the late 1950s. Here the protagonist informs his lover that he’s going to leave her because he’s “got to go away from this place.”

Big Mountain performed this track after Peter Frampton released his original version. It’s a romantic ballad whose protagonist tells his lover that he wants to be with her all day and all night – and that he loves everything about her.

Britney Spears sings as a girl pleading with her past love to give her attention one more time. This was Spears’ first hit and kicked her career off.

This song speaks of lustful feelings, some of which are presented subtly while others are less subtle. It also makes expert use of car racing imagery and references to childhood memories.

No Doubt tackles the subject of groupies and their desperate behavior in this hit. It won two MTV Video Music Awards: one for Best Pop Video and one for Best Group Video.

Bruno Mars warns his love interests to leave before he breaks their hearts in this hit song. It gained popularity after Mars performed it on the UK X Factor Results Show in 2011.

Related: this song appears on our songs about running away playlist.

Beyoncé sings of a lover she is head over heels for in this 2003 hit. It stayed at Number One on the US Charts for ten weeks and topped charts in China, Israel, and Mexico at the same time.

Always Be My Baby – Mariah Carey

Confidence can waver on the edge of instability when it comes to wanting an ex-partner back. This track tackles such a situation, with Mariah Carey telling her ex, “you can’t escape me.” Regardless of its rather creepy lyrics, the song was the most-played single on US radio in 1996.

My Baby Left Me – Elvis Presley

This Elvis Presley classic highlights the dark emotions that arise when a partner leaves you. Presley’s version was actually a cover, the first of many to come.

One of Justin Bieber’s earliest hit singles has Bieber telling a girl that he cares about her and would do anything to be her boyfriend after a disagreement. Ludacris also raps about his first love on the track. The music video for ‘Baby’ was the most-watched YouTube video of 2010.

This song is all about apologizing for cheating on a romantic partner. Smokey Robinson has said it is not an autobiographical song; in fact, it came about by accident after he sang “ooh baby baby” on stage with a positive reaction from the crowd.

Related: see our playlist of songs about cheating.

Here is a classic and popular track that tackles telling a romantic interest that there’s no use trying to be together, as the protagonist is stuck with a woman he doesn’t love but can’t leave. This is one of several recorded versions of the song.

This song is mainly about enjoying a wild party, but it also follows Vanilla Ice as he cruises through Miami when things suddenly go awry. The Queen and David Bowie hit ‘Under Pressure’ was sampled here, paving the way for future sampling of past hits.

Related: ‘Under Pressure’ appears on our songs from Sing playlist.

Baby I’m a Star – Prince and the Revolution

Rising to fame is a popular theme for musicians to sing about, especially as they’re dealing with their own acclaim. This song is all about Prince’s newfound fame around the time it was conceived. The song appears in Prince’s landmark movie, Purple Rain.

This Los Lobos track’s protagonist encourages a significant other not to worry about life’s challenges because everyone’s life ends in the same uncontrollable way. It’s a haunting track that hits the psyche in a deep place.