17 Amazing Songs with Clapping in Them 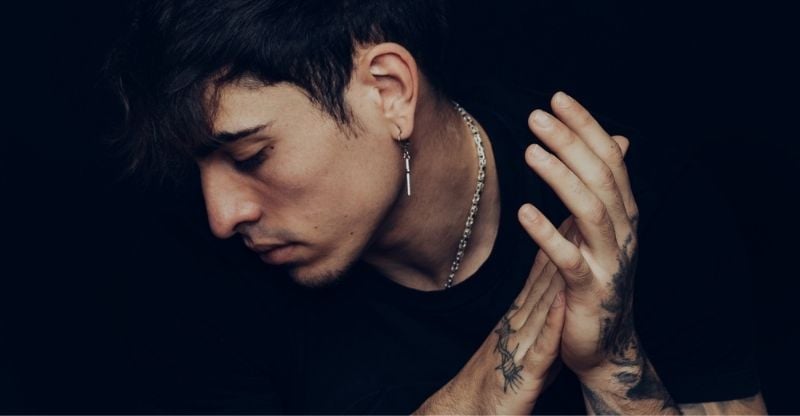 That’s a riddle used in Zen Buddhism to transcend the limitations of logical reasoning. Ok, while I leave that with that head-scratcher, let’s move on to the subject of this article: clapping.

Cos’ here’s the thing: more songs than you realize use clapping. And as you’re about to see, some brilliant songs. So without further ado, here’s our pick of the best songs with clapping.

Round of applause, please 😉

There aren’t any gongs in this song despite the name, but there is a steady clapping beat throughout it. The lyrics are talking about a girl who is undoubtedly a lover. The singer describes her as wild and sweet and describes her in ways that you really can’t make sense of. T-Rex, what’s a “hubcap diamond star halo?” The entire song is understood to be a giant innuendo about you-know-what, so the unclear metaphors can be left up to your imagination.

No Fun – The Stooges

It’s hard to resist clapping along with this song! The clapping goes right along with the guitar, and since the song has simple lyrics, it’s easy to get into the zone and jam out with this song. The song’s meaning doesn’t get too deep; it’s an angsty song about hating to wake up alone. You can assume the singer is trying to convince their lover not to leave or convince an ex to come back. Either way, they’re so bored they could call their mother!

Stuck in the Middle With You – Stealers Wheel

This song is a parody of Bob Dylan’s “Talkin’ John Birch Paranoid Blues,” which was about an incredibly paranoid man who quit his job to search his home all day. You can see the paranoia in Stealers Wheel’s song since the singer talks about being scared and that something isn’t right. While the song is a parody, it’s also meant to ridicule uppity music producers, referring to them as clowns and jokers, and Stealers Wheel was “stuck in the middle” with them.

Related: This is one of the standout tracks on the Reservoir Dogs soundtrack.

Billy Joel sings to a girl named Virginia and questions her religion and polite ways of living. Throughout the song, he tries to convince her to forget about being “good” and join him in his fun lifestyle. Even though he only mentions Catholicism because of Virginia, he seems to be questioning all religions when he says that “only the good die young” by suggesting that going out and having fun that’s “wrong” is what sustains you and gives you longevity.

This song tells the story of Billy Joe and Bobby Sue, two lovers who are so bored that they go down to Texas and rob a bank. Their heist is successful, and they “take the money and run” and are never caught, even though a detective chases them down. You can assume they live happily ever after since you last see them running with the money. The clapping in this song is used sporadically in place of the drums at the end of certain verses. It creates a western vibe that suits the Bonnie and Clyde theme of the song.

Related: this track appears on our playlist of songs about being on the run.

I Want to Hold Your Hand – The Beatles

This Beatles hit is a love song that talks about how moving the simple act of hand-holding can be. It brings innocent joy that makes you want to hold their hand forever. This song was written by Paul McCartney and John Lennon and was likely written with McCartney’s then-girlfriend in mind, Jane Asher because they wrote the song in her basement. The Beatles had been popular in the UK for a year by the time this song came out, and it’s the one that put them on the US charts.

This song is “a little ditty ’bout Jack and Diane,” two lovebirds who spend a lot of time together. John Mellencamp wrote the song as a tribute to small-town life, and the song does have a cozy feel to it. The “life goes on” line suggests that these carefree days Jack and Diane enjoy together will soon be behind them, so they’re living in the moment, making the most of each day. The clapping in this song is a prominent part of the melody that you can’t help but clap along with, and the music video even shows someone clapping.

Another One Bites the Dust – Queen

Queen compares a troubling relationship to a fight or battle. He creates a vivid metaphor in the first verse about a man named Steve who’s ready to fight. With “another one gone, and another one gone,” we can assume he achieved victory! The following verse switches to the singer addressing a lover who left him with nothing after their departure. It seems random at first, but it makes sense when you consider that relationships are complex and can leave you feeling like you are lost.

Related: For more from the sublime Queen, check out ‘I Want to Break Free’ from our songs about breaking free list.

My Best Friend’s Girl – The Cars

Once you hear the beginning guitar play, you probably have your hands ready to clap along. The clapping at the start of the song catches your attention and gets you into the groove, but it doesn’t last throughout the whole song—unless you’re really into it!—and comes back in at the end. The song is about a man admiring a woman who is his best friend’s partner. Apparently, she used to be his. Talk about awkward.

Tender’ is about the breakup of Blur’s singer Damon Albarn with his former girlfriend. The song is super sweet as Damon reminisces about how good it was when his girlfriend was with him. It was so good that it was hard to be without her, and he hoped to find someone knew to bring that feeling back to him. Although it’s a sad song, it’s great to sing along to since there’s a choir in the chorus, and you can easily clap along with the rhythm.

All the Young Dudes – Mott the Hoople

David Bowie initially wrote this song for his Ziggy Stardust concept album, and it was about how nobody had electricity, so the news was spread by newsboys who sang out the news. But, taken out of that context, the meaning of this song is pretty ambiguous, which allows people to use it how they see fit. Many people use this song as an LGBTQIA+ anthem because of the lyric “Lucy looks sweet ’cause he dresses like a queen.” This was most likely a reference to how glam rock bands dressed.

Eight Days a Week – The Beatles

If someone says they do something “eight days a week,” they mean they do it all the time without stopping. Some people may feel this way about their job or house chores, but as John Lennon sings, this can also apply to loving someone. This is an upbeat tune that has clapping throughout it that will probably make you start dancing along with it. Fun fact: John Lennon didn’t like this song, claiming it was “lousy.”

Related: Want more Beatles? I don’t blame you. Check out ‘I Want You’ from our songs about longing for someone list.

This song starts with a sci-fi beeping and David Bowie correcting someone on how to say Andy Warhol’s name. It then changes to an acoustic song meant to appreciate Warhol since he was one of Bowie’s inspirations. The lyrics can be a bit tricky to interpret, but they’re essentially combining Warhol with his art, saying that the man was art himself. Warhol didn’t like this song when Bowie played it for him and was quite upset over it. But he liked Bowie’s shoes, and the two were able to chat about that for a while, or so the story goes.

Related: this song appeared on Bowie’s seminal ’70s album, Hunky Dory – we feature the track ‘Changes’ (that’s also from the album) on our list of songs about changing.

Sinnerman’ is a gospel song based on a traditional African-American spiritual song used in church services. It tells a story of a sinner, the “Sinnerman,” who tries to hide on his judgment day, but Nina Simone sings that there isn’t any hiding from God. The rock wouldn’t comply when the sinner tried to hide, and the water boiled. This song is fast-paced, most likely to mimic the panic of the sinner, and the clapping invites participation, which will make the listener pay attention to the message.

We Will Rock You – Queen

Stomp, stomp, clap! Stomp, stomp, clap! You know this one, right? It seems like everyone does! The iconic stomping and clapping is the only accompaniment to the lyrics for most of the song. An electric guitar doesn’t come into the song until the very end of the song once the lyrics are mostly over. This song has an air of confidence and is often used to psych up teams when they need to win. Since the stomping and clapping require participation, it’s a great way to get the crowd hyped up.

It’s easy to join in with this song since The Meters tell you how to participate. There’s plenty of clapping to be done when they tell you to “clap your hands now,” and they even tell you to get quieter and louder in the next verse. All the clapping gets toned down when the singer instructs you to listen to the guitarist. Then, the clapping returns until the songs fade out. This would be a fun song to use at an event or a party that needs some crowd participation.

Living for the City – Stevie Wonder

Stevie Wonder wrote this social commentary song about a boy surrounded by a loving family even though everyone had a less-than-ideal life. His parents worked long hours for little money, and he and his sister had to travel a long way to get to school. When the boy grows up, he goes to NYC but gets tricked into illegal work that lands him ten years in jail. It makes his former not-so-great life look much better than his new life. Wonder urges everyone to create a better tomorrow at the end of the song.

Related: see our list of best songs about cities.