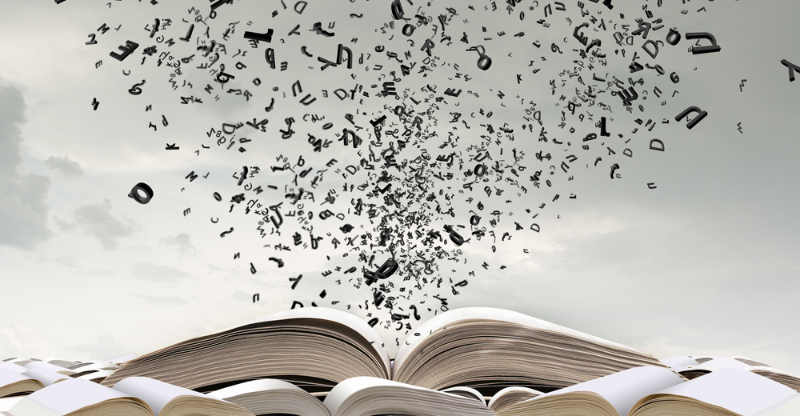 Figurative language is an easy way to convey complex feelings. This list is full of hit songs from all genres featuring poetic lyrics, emotionally-charged anthems, and moving stories.

We take a dive into deeper waters and explore the many-layered meanings of these songs, highlighting metaphors, rich imagery, and creative similes that help get the artists’ point across.

Check out this compilation of the best songs with figurative language.

The Sound of Silence – Simon and Garfunkel

“Hello, darkness, my old friend. I’ve come to talk with you again.” Folk duo Simon and Garfunkel were known for their poetic lyrics and memorable harmonies. Their hit song ‘The Sound of Silence’ is a commentary on the lack of communication in humanity and tells the story of a troubled young man dealing with thoughts of suicide. Though the song is heavy, the opening line comes from Simon’s childhood when he would sing in the dark in the bathroom. Even the song’s iconic title has beautiful figurative language that matches the rest of the song.

Related: This song features on our list of songs about silence.

Freddy Mercury’s six-minute rock-opera tale ‘Bohemian Rhapsody’ can be viewed as one big metaphor. It was written as a hyperbolic alternative biography that is one of today’s most iconic songs. The hidden meaning behind the dynamic song is speculated to be Mercury’s confession that he’s gay, and his wish is that he would have lived his entire life honestly instead of trying to hide his true self for so long. Their record label almost didn’t release the confessionalist song as a single because of its length.

Related: Sing along with these songs everyone knows.

“I see trees of green, red roses too. I see them bloom for me and you.” Louis Armstrong evokes feelings of beauty and wonder with descriptive imagery in his classic song, ‘What a Wonderful World.’ The timeless classic is used again and again in films and pop culture. Its main theme focuses on experiencing the world’s beauty while taking in all its unadulterated nature.

Related: Hear this cheery tune on this playlist of happy life songs.

Sympathy for the Devil – The Rolling Stones

Rock band The Rolling Stones had an image to maintain, and ‘Sympathy for the Devil’ further solidified the group as rebellious bad boys. Their single was inspired by the classic Russian novel, The Master and Margarita, which tells the story of the devil coming to town during the height of communist (and atheist) Russia. Due to the nature of the book, it was banned several times. The author, Mikhail Bulgakov, even burned the original manuscript while being continually harassed by authorities.

Related: Find this song on our playlist of history songs.

“How many roads must a man walk down before you call him a man?” Bob Dylan’s acoustic folksy tune ‘Blowin’ in the Wind’ contains an anti-war theme throughout the lyrics as he proposes questions to the listener dealing with several secondary themes. Questions revolving around war, freedom, peace, and growth beg the listener to rethink their stance on humanity. As Dylan ponders answers himself, he confesses, “The answer, my friend, is blowin’ in the wind.”

Related: Here are the best songs about the wind.

You probably know legendary songwriter Leonard Cohen’s masterpiece, ‘Hallelujah.’ The entire song is full of religious, poetic references regarding the Jewish faith. As Cohen references a “secret chord” and David’s relationship with God, upon closer inspection, one realizes the tune intimately chronicles King David’s fall from grace and a subsequent reprisal of his throne. Set against this story is a layered storyline of complicated romance involving love, guilt, and ultimately, peace.

Related: Hear a cover of this song on the Shrek soundtrack.

Hidden within a pop-tinged melody and classic rock instrumentation is the lamentation of the plane crash that killed Buddy Holly and other popular musicians. The message is solidified in the lyric “the day the music died,” a metaphorical quote used to recognize how significant this loss was to the music community. Other artists killed in the crash include Richie Valens and The Big Bopper.

Another Brick in the Wall – Pink Floyd

Pink Floyd uses the metaphor “another brick in the wall” to criticize formal education and the stifling nature of educational institutions. Band co-founder Roger Waters wrote the song and what would ultimately be one part of a three-part song series for the band’s rock opera The Wall. The rock opera theme was popular in the ’70s, with other artists and bands such as David Bowie and Queen toying around with great music set to stories rich in hyperbole.

Related: Check out these songs about high school.

“And I saw my reflection in the snow-covered hills, ’til the landslide brought me down.” Fleetwood Mac singer Stevie Knicks wrote ‘Landslide’ during a remote vacation when she was surrounded by nature. She became inspired and used metaphors such as climbing mountains and mirrors in the sky to describe the sometimes complicated inner-workings of father-daughter relationships.

Related: You can find this popular song on our list of songs about growing old.

“I want to wake up in a city that never sleeps.” Songs about moving to a big city and trying to make it in the music industry are often stricken with pain and hardship. However, Frank Sinatra went a different way. Using a positive, empowering tone, he tells the story of a young man moving to New York to make it as an entertainer. The starry image of New York is a metaphorical reference in the song for fame, riches, starting over, and accomplishing one’s dreams.

Related: Head over to our list of songs about NYC.

My Heart Will Go On – Celine Dion

James Horner composed the music for the song, and Will Jennings wrote the lyrics after reflecting on Titanic’s main character Rose as she looks back on her younger years. Written as a love song set against the devasting real-life crash of the “unsinkable ship” the Titanic, the song focuses on the enduring of Jack and Rose’s love despite his passing and her eventual passing. ‘My Heart Will Go On’ is symbolic of undying love amidst a life that can bring chaos and destruction.

The hook for one of Maroon 5’s biggest hits represents a simile. In ‘Moves Like Jagger,’ lead singer Adam Levine equates his swagger to rock n’ roll icon Mick Jagger’s one-of-a-kind moves on stage. The braggadocious tune exudes confidence and bravado, which parallels Adam Levine’s popularity with the ladies. What does Jagger think of the tune? In previous interviews, he’s praised the tune as “very catchy” and “funny.”

Related: Whistle while you work with the best songs with whistling.

In Bruno Mars’s emotionally-charged hit, the title ‘Grenade’ is a metaphor for unrequited love. Mars sings, “I’d catch a grenade for ya’,” signifying he’d do anything for the woman he loves. But the last line of the chorus, “But you won’t do the same,” shows his love interest isn’t as committed to the relationship as he is. The life-or-death symbol of the grenade adds a dramatic tone to the song, highlighting the serious nature of Mars’ pain.

Related: If you’ve been hurt recently, listen to the best songs about being hurt.

What better symbol to represent the human spirit than a firework? Katy Perry does just that with this upbeat pop song. As she sings, “Come on, let your colors burst,” she urges listeners to live out loud, never compromising who they are for others. The verses also contain similes that create a duality, helping to drive home the point of the song. It opens with, “Do you ever feel like a plastic bag, drifting through the wind, wanting to start again?”

Related: Keep up the pace with this energetic music for running.

I Am a Rock – Simon and Garfunkel

“I am a rock. I am an island.” Paul Simon uses this imagery to describe a protagonist who feels alone and shut off from the world. For this particular song, Simon wasn’t writing from a personal space. He was trying his best to write a song in a formula that would produce the duo a hit (at the record company’s request, of course).

Related: Find similar songs on our playlist of lonely songs.

“This girl is on fire.” This modern, anthemic hit song by pop singer Alicia Keys uses the metaphor of fire to sing from an empowered state of mind. As she sings, “She’s walking on fire,” this symbolic imagery conjures up hot coal rituals from tribes as a show of brute strength, commitment, and refusal to give in to pain.

“Your true colors are beautiful like a rainbow.” With this simile, Cyndi Lauper’s hit ‘True Colors’ has helped countless individuals through trying times, bouts of depression, and feelings of loneliness. Though the ’80s pop star is often known for her hits ‘Time After Time’ and ‘Girls Just Wanna Have Fun,’ this moving tune uses the symbolism of a rainbow to remind listeners they are beautiful in all shades, just the way they are.

Related: Enjoy these vibrant songs with a color in it.