13 Great Songs with the Name “Caroline” in the Title 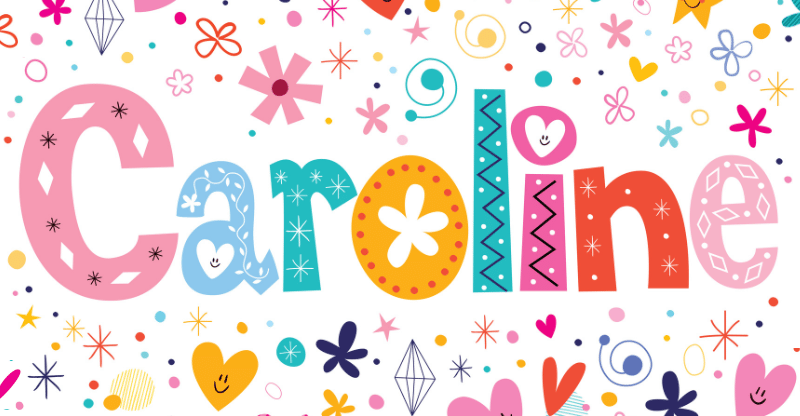 Caroline is a very popular name for women and girls in English-speaking countries; it’s even fairly popular in Denmark and France. As it turns out, this classic moniker is one of the most popular names in songs. Here are some of the most famous and popular songs with the name Caroline in the title for you to learn about.

Yep, you guessed it. We simply had to start with this one. A photograph of a nine-year-old Caroline Kennedy inspired this track. The happy lyrics, however, were inspired by Neil Diamond’s wife Marsha and were written a few years after the song was first conceived. The song became a hit in numerous countries after its release, including the United States, Canada, and the United Kingdom. The song is traditionally played at Boston Red Sox games.

Caroline, No – The Beach Boys

This was the only song to be released by Capitol Records under Brian Wilson’s name; it was also released on The Beach Boys’ album Pet Sounds. The song uses an image of a love interest cutting her hair to symbolize the heavy challenges the narrator faces in his romantic relationship.

The narrator here reflects on sweet memories he has with a woman named Caroline. He reflects on the changes they have seen and experienced together and individually: “I seen it all change and watch it change some more/Seen hard times standin’ right outside your door.” It seems that they will stick together no matter what.

This Arlo Parks song’s narrator recalls an event he witnessed. He says he saw a man tell a woman named Caroline that he truly tried for her as she runs away from him. The narrator seems to witness the breakdown of this artsy and emotional couple’s relationship in real time.

Here we see a narrator who is telling someone named Caroline that she needs help. It seems that she in on the verge of some kind of breakdown and he wants to assist her and keep her safe. However, it also seems that it is hard to convince her that there’s a problem.

Listeners meet a woman named Caroline in this song. It seems that she is a wanderer who never settles in one place for very long. The narrator doesn’t question where Caroline is going anymore, as she will just be moving on again. It is also clear that Caroline is trapped in a situation that she didn’t create and is dealing with it in her own way.

Colter Wall sings as a narrator who has lost his love in this track. He feels happy because she is in a better place, but is sad about his own loneliness and grief at her passing. He almost seems to look forward to the day that he will die so he can see her again.

This piece has a narrator who makes it clear that the love of his life has changed his world for the better. He says that no one could compare to his Caroline and her love and that he would do anything for her. It also seems like she has left him: “Can you feel my heart strings?/They’re on fire/You threw it all away.”

Crash Adams warns listeners of a wild woman who plays with your heart and takes advantage of you here. While he acknowledges that this woman is dangerous in an emotional way, he also likes the way she behaves, since that type of wild and unpredictable behavior is what attracts him to a woman.

Caroline Says 2′ tells the sad tale of a woman who is being abused, probably by a husband. It seems that she can’t escape this unhealthy relationship, but she asks for respect every time she gets hurt. She breaks a window near the end of the song, signaling her frustration to listeners.

Here, Jimmy Buffett sings of a woman who is acting strange on Caroline Street. She seems to stop men and ask them to come back to her home with her. She also tells lots of wild stories and says other odd things that make those around her feel uncomfortable and worried for her well-being. It seems that Buffett as the narrator may have been spending time with her based on the last verse.

Goodbye Caroline’ is the third track on the album The Forgotten Arm. This album tells the story of John and Caroline, a boxer and a musician/photographer who try to stick together through challenges. In this part of the story, John believes he needs to leave Caroline, as it seems that his own defeats are affecting her in a negative way.

Caroline Was a Drop-Out – Kid Creole and the Coconuts

This track’s narrator tells listeners of a girl he knew named Caroline. She was a know-it-all type of girl who thought she was clever enough to get ahead in life without working for it. In the long run, her unhelpful mindset and outcast status in life led her to suffer. The narrator has no sympathy, as he knows that she had the same opportunities that he did.