17 Best Songs with the Name ‘Mary’ in the Title 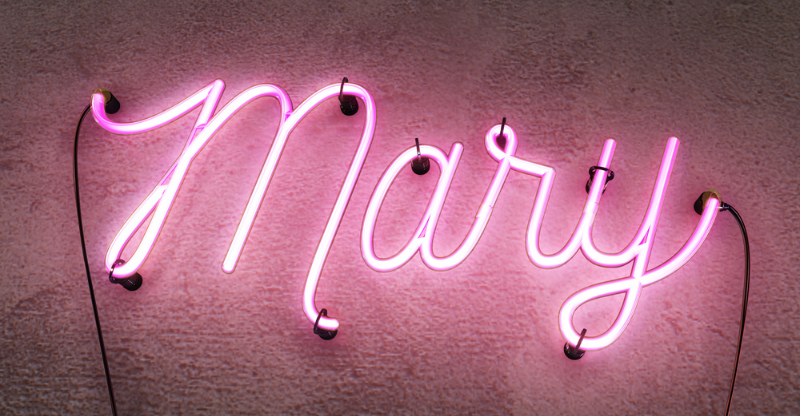 When it comes to songs with girl names in them, it’s pretty hard to top the name ‘Mary’. It – or rather she – appears everywhere! Read on to learn about some of the most famous songs with the name Mary in the title and some interesting tidbits about each track.

This track originally told of the life of a maid named Mary who works for the rich. Eventually, it morphed into a story about a riverboat. It was written on the day that John Fogerty got discharge papers from the US Army in 1967.

There are many takes on what this song could be about, some of which are a little controversial due to the inclusion of the name ‘Mary Jane.’ However, the most widely accepted interpretation is that it refers to Tom Petty’s divorce from his wife, Jane.

‘Mary’ was written for Scissor Sisters lead singer Jake Shears’ best friend, Mary Hanlon. It’s an ode to their friendship and serves as an encouragement to Mary to keep hope in her life. It’s hard to tell if there are romantic undertones. Unfortunately, Mary died of a brain aneurysm in April 2006 as the Scissor Sisters finished their second album.

Jimi Hendrix was inspired to write this song after an argument about cooking with his then-girlfriend, Kathy Mary Etchingham. Etchingham got angry and threw pots and pans before storming off to a friend’s house, inspiring Hendrix to pen this track.

Mary’s Song (Oh My My My) – Taylor Swift

Taylor Swift wrote this song about her neighbors, who served as an example of a near-perfect couple and family. It serves as a reminder that romance can last, and can be a positive force in one’s life. For more from this best-selling musician, check out our Taylor Swift songs list.

This song is a romantic look at someone named Mary Jane, but it also serves as a lesson in empathy that reminds listeners that you can never know what someone else is thinking. This song was quite a success in the music critic world after its release.

Related: see our collection of songs related to thinking.

Here’s a track about Mary Magdalene of Biblical times. Lady Gaga aimed to show her as a real human with real emotions. The song is interesting in that it includes one line in French and one line in Portuguese. Gaga also owns a Rolls-Royce (of course she does) that she refers to as ‘Bloody Mary’ due to its blood-red color.

The Monkees sing to a love interest named Mary in this track about not wanting someone to leave you. Monkees’ drummer Micky Dolenz sang lead vocals, as he did on many of the group’s biggest hits. Run-D.M.C. recorded a rap version in 1988 for their album Tougher Than Leather.

‘Blind Mary’ refers to someone who’s love is blind; in other words, a general archetype of someone who loves deeply and unconditionally. It’s also about a woman who is truly blind, so superficial love doesn’t exist for her. It teaches listeners an important lesson about learning to love people despite disability or other perceived imperfections.

This song is a tribute to the inspiring founders of United Artists. The story of United Artists created an important parallel for Katie Melua and her independent music career. It inspires listeners, particularly music artists, to take their careers into their own hands and create something wonderful, no matter what stands in their way.

‘Old Mary’ seems to be a dark interpretation of the ‘Hail Mary’ prayer. It’s a solemn piece about losing one’s way and, therefore, one’s hope about the future – although the lyrics are vague enough that they are open to interpretation by the listener.

Jethro Tull sings of seeing the goodness and humanity in everyone, even those who may partake in seemingly immoral acts. The Mary of this track is presented as a Robin Hood-type character who does the wrong thing for the right reasons. The character Aqualung makes an interesting appearance.

The protagonist of this track pleads with a love named Mary to stay with him forever. The song’s sound pays homage to the classic doo-wop styling of late 50s and early 60s pop music. It’s been said to be the favorite song of all of the Kings of Leon members’ girlfriends (they can’t all be called Mary, surely :-)).

This lyrically complex track seems to be about praying to make things better, even if you’ve done something unforgivable. It’s considered one of Tupac Shakur’s greatest tracks and has been covered or sampled by many other famous artists. It serves as a great inspiration to the rap genre as a whole to this day.

This is the theme song for the film of the same name, which Jonathan Richman serves as the narrator for. It’s about a guy who can’t see any other woman in a romantic light except for a love interest named Mary, because there’s something indescribably special about her.

Mary From The Dairy – Max Miller

Here’s a humorous classic track that takes us way back to 1936. The protagonist, though a married man, falls for Mary from the dairy, who slowly learns to love him back. While morally questionable, it’s actually one of Max Miller’s tamer releases.

Alanis Morissette signs to a woman who’s losing her hope and her way, encouraging her: “So take this moment, Mary Jane, and be selfish.” It shows how hard it can be to be a woman at times and encourages female listeners to find ways to meet their needs and think of themselves instead of others once in a while.