28 Songs with Women’s Names in the Title 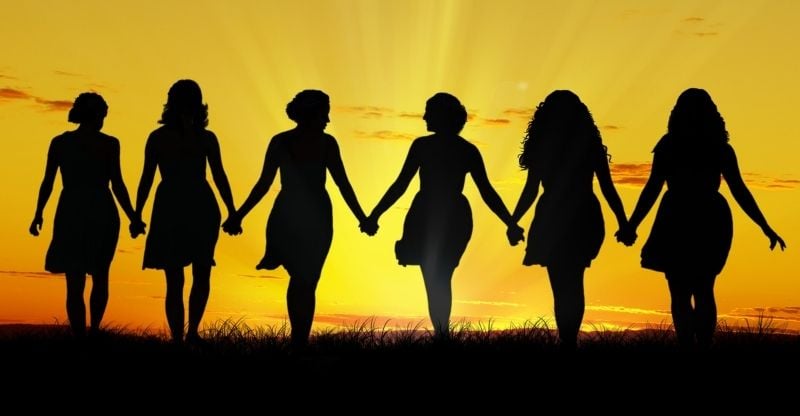 Here’s a list of songs about women – or at least songs with a woman or girl’s name in the title.

Before you look, list out in your head how many songs with women’s names you can think of.

This is a heartbreaking song about how the relationship between the singer and Angie isn’t working out, even though the singer still loves her. The singer points out that neither of them are happy, but they tried to make it work, so it’s not like it was a waste of time.

Billie Jean’ is the story of a woman who claims Michael Jackson is the father of her child, but Michael denies those claims. Some say the song was based on a stalker who always sent Michael letters, but other sources say Michael was inspired by girls who made these claims about his brothers.

This song is about a boy who spends a lot of time with Stacy just to be around her mom because he’s got a crush on her. He even thinks he’d be a good addition to the house since Stacy’s father isn’t around.

Related: see our playlist of songs about requited love.

This song was quite bold for its time back in 1970 since it’s about a transgender woman or a drag queen (it’s never stated, but it’s presumably the former). Lola appears to be a woman but sounds like a man, but regardless, the singer is enamored and can’t deny his attraction.

Caroline is a wonderful woman who clearly brightens the singer’s life! His worries and pain go away, and the good times seem even better with her around. Caroline is undoubtedly sweet and is someone anyone would be lucky to have.

Lucy in the Sky With Diamonds – The Beatles

John Lennon wrote this song after his 3-year-old son Julian came home with a picture he drew of his friend Lucy with diamonds—you guessed it—in the sky. Lennon thought of the whimsical imagery of Alice in Wonderland, and that’s how this song came to be.

This song is about a fascinating woman Leonard Cohen connected with on all levels, especially mentally. But, it doesn’t seem like they got to stay together since “you want to travel with her” sounds like he’s lamenting over the fact that he didn’t get to be with her.

Layla – Derek and the Dominos

The singer in this song is begging Layla not to end the relationship because he wants to stay with her. He makes Layla seem like a difficult woman to be with since he’s begging her not to let her go and threatens that he’s about to go insane!

This one is wide open to interpretation. On the one hand, it’s allegedly about a maid called Mary who works her fingers to the bone, and then finally hitches a ride on a riverboat and leaves her worries behind. Otherwise, it’s about smoking a certain green substance that also goes by the name ‘mary jane’. I’ll let you decide 🙂

Related: see our full list of songs with the name ‘Mary’ in the title (yes, an entire article dedicated to it!)

Rhiannon is a free spirit who can’t be tamed. She’s compared to many natural things like birds, cats, and bells, making her seem like she’s loud and doesn’t stay in one place for long. This makes her hard to love, but anyone willing to be with her will surely have an adventure.

Related: This classic appears on our songs about magic list.

Syd Barrett wrote this song, and it’s said that he claimed to have seen Emily one night when he was sleeping in the woods. It’s unclear if he actually saw a woman or if she was was a psychedelic figment of the imagination.

The singer is trying to convince his lover to stay loyal to him and not spend any time with other men, as she usually does. Roxanne is a bit insecure and seeks validation through promiscuous means, but the singer is devoted to her and wants her to feel the same way toward him.

This song tells a sweet story of two former lovers who meet up after forty years of not seeing each other. They each ended up married, and Martha had children, but after all those years, Tom still loved Martha and just had to tell her.

‘Nikita’ is a story of a man who falls in love with a border patrol woman during the Cold War. He can’t enter East Germany and never gets a chance to let her know how he feels about her. All he can do is wish he could be with her.

The singer in this song feels happy with Mary Jane and doesn’t handle it well when she leaves shortly after moving to the town. He seems to get down and think of everything he does wrong, but everything is alright when he thinks of Mary Jane.

Maggie May seemed like a sweet girl, but the singer soon realized that she wasn’t who she seemed. She broke up with the singer and left him heartbroken and feeling used. It was so bad that he wished he’d never met her in the first place.

Maybellene is the singer’s unfaithful lover. He catches her in a Cadillac with another man and then races after him. His car has problems while he’s chasing them, and when he finally catches up, she’s still in the car with the guy, breaking the singer’s heart.

Dolly Parton begs the beautiful Jolene not to steal her man from her. It seems like Dolly’s man could be cheating on her with Jolene since he talks about her in his sleep. Dolly recognizes how pretty she is and how easily she could lose her lover because of her.

Related: this is also a classic country karaoke song.

The singer misses Valerie, who’s likely an ex-lover. Valerie seems like she was a wild one to keep around, considering she went to jail, had fines to pay, and most likely changed her appearance not to get caught! Amy Winehouse’s version of this song is the most popular, but The Zutons first sang the song.

Black Betty’ has been around since the 1930s, and the term has been a euphemism for much longer than that. Over the years, “Black Betty” has referred to liquor and muskets and was a song sung by enslaved African-Аmericans. Ram Jam is likely singing about a woman, but its long history makes it hard to pinpoint.

‘Rosalita’ is a love song inspired by a girl Bruce Springsteen wanted to date but wasn’t allowed to because her mother didn’t like him. He had a restraining order on him and would go to her house secretly at night.

This song is about someone who tried dancing with other girls but didn’t find the right partner until he danced with Barbara Ann. Once he danced with her, he had all the right moves and had a good time with her.

My Sharona – The Knack

Doug Fieger wrote this song about a girl he met at a store. He broke up with his then-girlfriend to pursue Sharona, but she had a boyfriend at the time. Sharona and Doug did end up dating for a bit, but they’d broken up before he wrote this song…

How do you apologize to your spouse after a fight? John Denver wrote this song for his then-wife, Anne, while on a ski lift. Skiing down a mountain made him aware of the natural beauty and grateful that they hadn’t broken up. Now that’s an apology.

Buddy Holly was originally going to use the name Cindy Lou for this song, but one of his band members was dating Peggy Sue Gerron at the time and wanted to score some extra points. Since Buddy was friends with Peggy Sue, he decided to use her name. It’s a cute love song that the band member surely put to use!

Prince sings of a fun night with a woman he met in a hotel. It went well enough that she left her number for him so they could meet up again. This raunchy song is part of the reason albums have Parental Advisory warnings on them today.

The singer bought Sally a mustang, and she loves it so much that she’s always in it and never spends time with the person who bought it for her! It seems like he’s going to return it if she’ll “be wiping those weeping eyes.”

The singer in this song is singing to his ex-girlfriend, reminiscing about their relationship. He apologizes for everything that went wrong and wonders if they could ever get back together and make it work. It sounds like they had a long relationship since he mentions playgrounds and college.