9 Awesome Songs from the Superfly Soundtrack 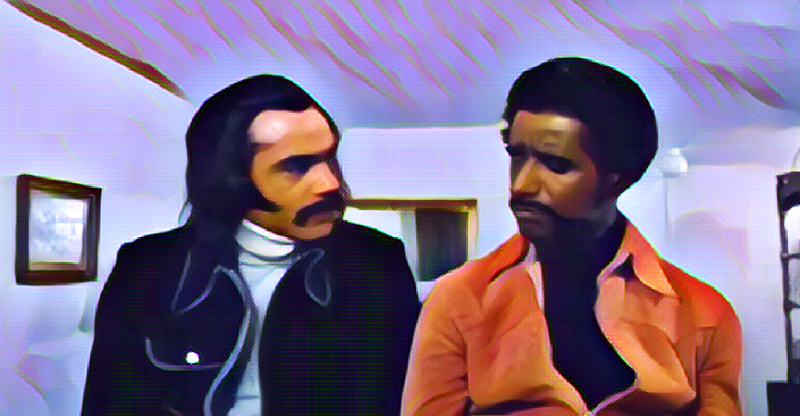 Soul singer-songwriter Curtis Mayfield provided all of the music for the 1972 film Superfly, which is full of soul and funk music. It’s actually one of the few soundtracks to sell better than the film!

Writing the soundtrack to go along with the story as it played out on the screen, his song selection included lyric-heavy singles highlighting the struggles of minority communities in New York and emotion-provoking instrumentals for softer scenes.

Mayfield’s flawless execution of the Superfly soundtrack solidified its legacy in cinematic history, making the album stand out as a timeless classic.

An introductory track for the Superfly original motion picture soundtrack, Curtis Mayfield’s song ‘Little Child Running Wild’ plays as audiences are introduced to the setting of the film, which takes place amidst the hard streets of New York City. The track is part of a first-of-its-kind soul concept album produced by Mayfield.

Related: If you want to run wild, listen to this great running music.

As Ron O’Neal travels the New York streets in his car at night, Curtis Mayfield’s instantly recognizable classic soul tune ‘Pusherman’ plays. Mayfield even makes an appearance himself in the film during this selection of scenes. After Ron cruises the streets Mayfield appears in a bar singing the song.

Written for one of the characters in the film, ‘Freddie’s Dead’ plays as an instrumental version in the movie upon the death of Fat Freddie. The Curtis Mayfield-produced soundtrack was released before the actual film. ‘Freddie’s Dead’ was released as the first soundtrack single, and it climbed high on the charts, ultimately reaching number 4, making the album a nearly immediate hit.

Curtis Mayfield was known for his lyrical songwriting abilities, but he included two instrumental tracks in the original Superfly film. ‘Junkie Case’ was one of these instrumentals. The orchestral arrangements build the life-or-death nature of the story as it follows the main character Ron O’Neal as he struggles with poverty and drug abuse and tries to get out of the drug business before getting caught.

Give Me Your Love

Much of the film Superfly is full of drama and action. But a few select scenes were included to give the audience a break from the adrenaline rush. One of those scenes features main character Ron O’Neal and his love interest Georgia caught up in a sensual bathtub moment together. This love song plays while the audience gets a look at Ron’s more romantic side.

Related: Here are the most romantic songs of all time.

Eddie You Should Know Better

“Think of the tears and fears you bring to your folks back home.” Though ‘Eddie You Should Know Better’ is included in the soundtrack, it didn’t appear in the film. But the song’s content goes well with the movie’s theme. The song follows a young man who has a loving family but gets caught up in a life he shouldn’t and ends up disappointing them.

Related: Mourn your regrets with these songs about mistakes.

No Thing On Me (Cocaine Song)

“The man can’t put no thing on me.” One of the more uplifting tracks found on the soundtrack, Curtis Mayfield sends a message of self-empowerment to listeners with ‘No Thing On Me.’ The lyrics tell the story of a man who literally fights “the man” who has overrun his streets with drugs. Mayfield reminds listeners this isn’t a path they have to take.

Related: Build up your ego with the best songs about inner strength.

Playing over an emotional scene in Superfly involving an overdose, ‘Think’ offers a tender break for viewers as they face mortality issues through this gut-wrenching scene. The song was one of just a few instrumental tracks included in the Superfly soundtrack. It serves as a dynamic, thought-provoking piece for the story.

Related: Got a lot on your mind? Listen to these thinking songs.

This high-powered “funk” jam introduced many viewers to a whole new term that embodies the “superfly” lifestyle. Ron O’Neal even exclaims this phrase at one point in the film. The ‘Superfly’ single, meant to represent a very confident “ostentatious” person, became a huge hit song after the movie’s release. It ultimately sold over a million copies and rose to number 5 on the R&B charts.

Related: Check out our playlist of confidence songs.