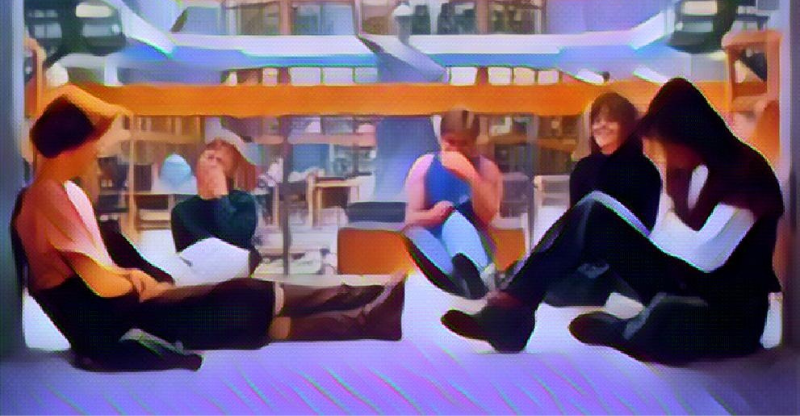 Since its release, the Breakfast Club has become a cult classic among many folks—not just kids of the ’80s. The John Hughes film features five teen kids with distinctive archetypes, each telling their stories when they get stuck in a Saturday detention.

The coming-of-age story is about understanding and acceptance among peers, even when they come from a different walk of life. The Breakfast Club soundtrack has timeless classics you’re sure to love if you don’t know them already.

Don’t You (Forget About Me) – Simple Minds

After developing a strong following in the UK, Keith Forsey and Steve Schiff of Scottish band Simple Minds were brought into the John Hughes fold to write the song just for the film The Breakfast Club. ‘Don’t You (Forget About Me)’ is one of the few new wave songs that have become a classic favorite and has appeared in many other films and TV, like Rocky III, 30 Rock, Family Guy, Scrubs, and American Pie. Dialogue from the film inspired the song’s lyrics, according to Forsey, as the teens reflect on how life will be after detention is over. “Will you recognize me? Call my name or walk on by?”

Related: Head over to the American Pie soundtrack.

‘Waiting’ is performed by E.G. Daily. The song’s lyrics are perfect for a film about detention. “Staring in the face of boredom. Waiting is the price of freedom. If I was a book, you could read my mind, page, and page. I’m just wasting time.” Of course, the waiting in the case of the film brings about much more than boredom and empty pages—it helps bring about understanding and compassion if the students just embrace it.

Related: Pass the time with the best waiting songs.

Fire in the Twilight – Wang Chung

Performed by English new wave band Wang Chung, ‘Fire in the Twilight’ is an upbeat song from 1980 used in the film Breakfast Club while the students run through the hallways. The happy-sounding, upbeat song seems to be open to interpretation. Some fans think it’s about someone ready to leave the rat race, while others think the song is about focusing on a goal and charging hard after it. Whatever the interpretation you’ve got for this song, it’s a great musical complement to the scene in the film.

There doesn’t seem to be much public knowledge of the story, origin, or inspiration behind ‘I’m the Dude,’ but it’s a great upbeat song found on The Breakfast Club soundtrack. The song was written and performed by Simple Minds member Keith Forsey and is likely one of the songs written specifically for the soundtrack by the gifted musician.

‘Heart Too Hot to Hold’ is brought to Jesse Johnson and Stephanie Spruill. The love song seems to offer a little warning – “Is your heart too hot to hold? Just a flame that burns my soul. Heart too hot to hold.” Jesse Johnson was part of the original lineup of the band The Time, while Stephanie Spruill was a background artist and percussionist. The pair teamed up for a few duets, including this spicy number used in the Breakfast Club.

We Are Not Alone – Karla DeVito

After the teens share a weighty discussion in their Saturday detention, when they talk about their personal struggles with parental pressures and identity struggles, they dance to ‘We Are Not Alone.’ The iconic scene is the impromptu dance party with lyrics blasting in the background about this newfound bond as they share vulnerability with one another. The song was written specifically for the soundtrack at the request of Keith Forsey (the soundtrack’s producer).

Related: Being young is tough. Here is our list of songs about being a teenager.

Written by Gary Chang and Keith Forsey, ‘Dream Montage’ finds home in The Breakfast Club’s soundtrack as an instrumental piece. The rock song relies heavily on guitar soloing (Gary Chang plays) and unique rhythms to create a distinctive atmosphere in the scene. The bluesy, funky sound offers the perfect backdrop to the scene as each student is shown fighting boredom in their own unique ways.

‘The Reggae’ could be described as an 80s pop new wave take on reggae music. It sounds a bit like it’s assimilating aspects of The Police and other similar reggae-esque revivals, synth-pop, and new wave bands of the time. The song was written as an underscoring piece for the film by Keith Forsey. Not much is known about the inspiration for the song, but the instrumental work certainly tells a story!

Didn’t I Tell You – Joyce Kennedy

‘Didn’t I Tell You’ comes from Joyce Kennedy, a Mississippi-born, Chicago-raised singer who released her first single in 1963, helping launch her career as a local artist. She and Glenn Murdock (her eventual husband) are credited with forming the first black rock band, Mother’s Finest. There isn’t much public-facing information available on this particular song, but it makes for a great addition to the Breakfast Club soundtrack.

‘Love Theme’ was written by Keith Forsey for the film The Breakfast Club. The instrumental piece is evocative of teen love and romance during the scene when Claire gives Bender her earring to negate his earlier accusation. Bender likes to mock Claire, saying she’s got everything and he’s got nothing. The belief is that Claire giving him the earring negates his complaints. He does have something – and she’s not as materialistic as he thought.