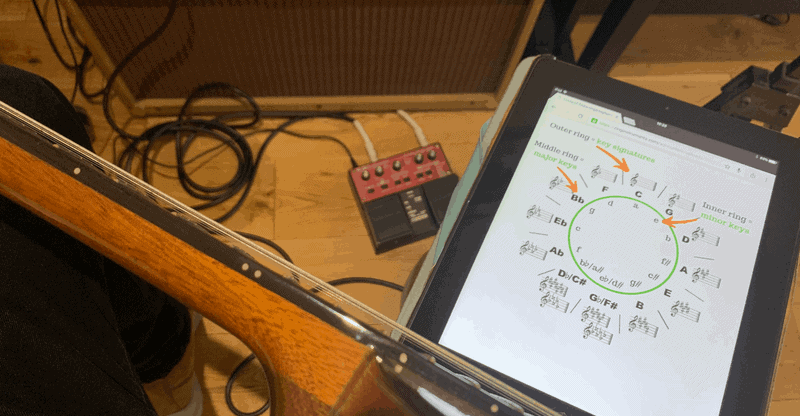 Even experienced musicians can struggle when it comes to music theory. In particular, remembering the twelve different major and minor keys, as well as the number of sharps and flats in each can be a huge challenge…

But luckily for us, the circle of fifths is here to help out.

What is the Circle of Fifths?

Let’s start with the fundamentals.

The circle of fifths is organized like a clock and shows the relationship between the 12 whole tones of the chromatic scale, along with their corresponding key signatures and associated major and minor keys.

The most important thing to remember is that a fifth is the interval between the first and the last of five notes (or full tones) in a diatonic scale.

If you read the circle clockwise from 12 o’clock, you get the sequence of every tone’s sharp key, each with one extra sharp than the predecessor (which is a fifth note/ five tones lower). Whereas, if you read it anti-clockwise, you get the same sequence except with flat keys, one fifth apart from each other. So, you can see where it gets its name.

Why Should I Learn it?

It looks complicated, and perhaps none of your mates know it, so why should you bother learning it?

Well, it serves as a useful tool for:

Worth learning about then, right?

First of all, there are three important bits of information: 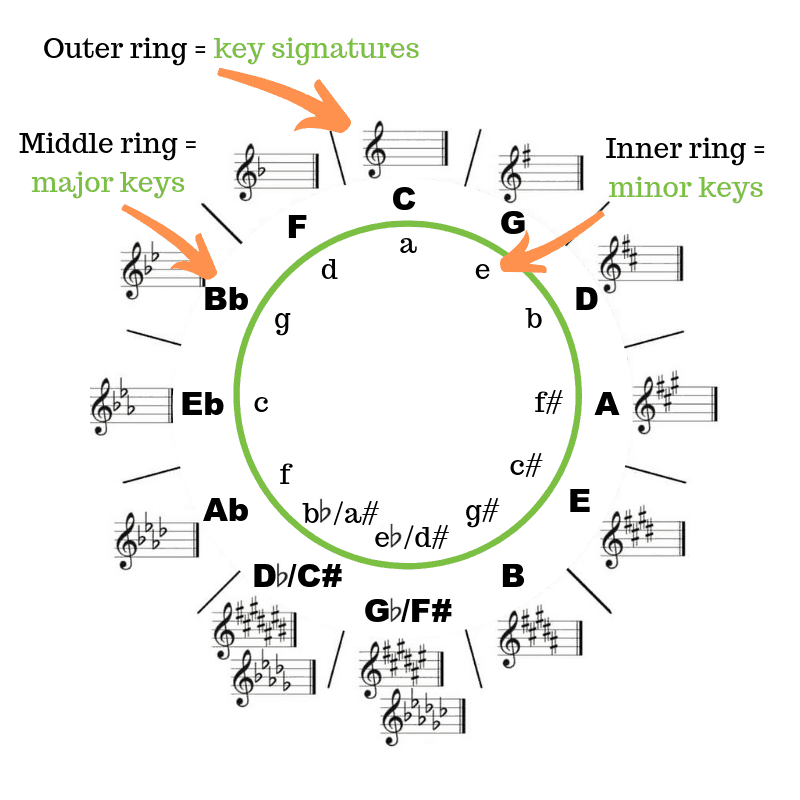 Like an analog clock, it’s divided into 12 points, but instead of numbers, there are letters. While the numbers on a clock represent the hours of the day, the letters on the circle of fifths represent the prominent major and minor key signatures in western music. 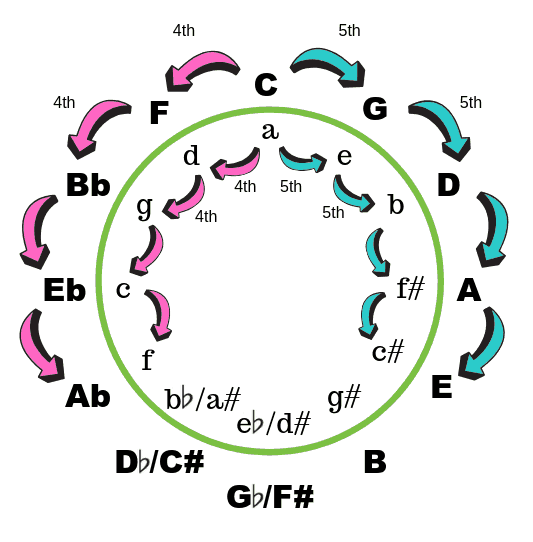 Taking the key of C as an example…

The same applies to the minor keys (on the inner ring). Let’s start with A Minor.

As you go from C, to G, to D, to A, etc… the number of sharps in the key also increases by one. Like a clock, that’s one sharp per hour. Until you reach 8pm. At this time, if you start looking at the clock backwards, and count from 1 to 4 where you’d normally see the numbers 11 to 8, you will see that the amount of flats per key coincides with the ‘time’. 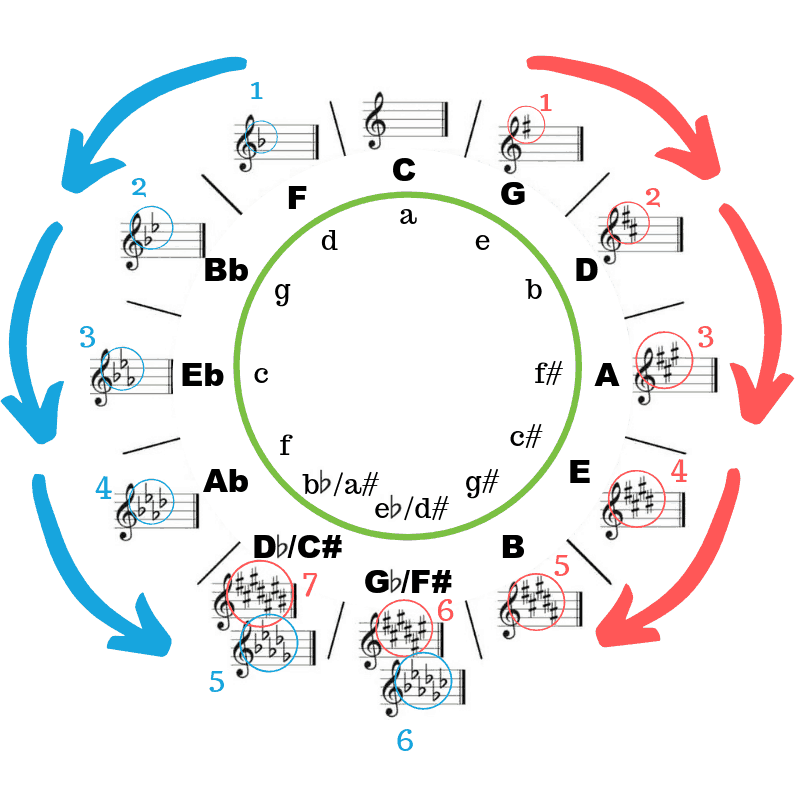 How to Use It

Using the circle of fifths makes what’s called ‘modulating’ from one key to another much easier. That’s because the keys to the left and right of the key you’re in are always considered the best options when modulating.

Just pick three notes at any time, for example, take C – to its left F (that’s C’s fourth), and – to its right G (that’s C’s fifth). That gives you first, fourth and fifth, pretty much the most common chord progression in rock and pop music!

You can, of course, embellish this to get something more original. But it’s a great starting point, and always sounds good. 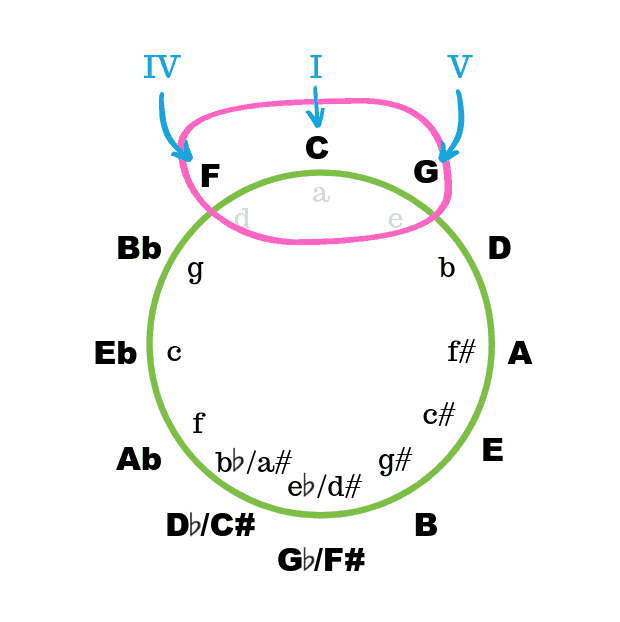 Another songwriters trick is switching from a major key to its relative minor. You can do this by going from the middle layer of the circle to the inner layer. This can make for a cool bridge/middle 8, which has a different ‘feel’ to the rest of the song. 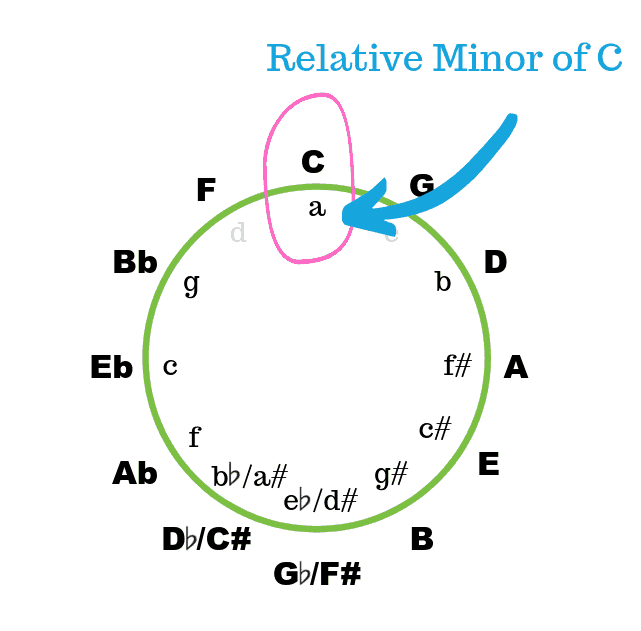 Thinking about music in a theoretical or mathematical way encourages a deeper understanding of your craft and will lead to more satisfaction in your musical experiences.

Not only will it enable you to – on-demand – do things like key changes, shifts to relative minors and speedy sight-reading, but it will make you think about the gaps between notes and why and how they invoke different moods and vibes.

If you’re a musician who reads sheet music, this information is invaluable when it comes to reading and learning pieces, and if you’re a songwriter this will speed your process up and ensure that you don’t get stuck for ideas.

If you don’t read music, but would like to learn songs more quickly and understand why the songs work, this circle has your answers. You’ll start to see that the songs you are playing really do have the number of sharps/flats that match with the key that your starting chord was on, very often. Our ears have developed to become pleased by certain intervals, and artists who aim to be listenable write in a way which pleases the ear.​

However you use the circle, it is sure to treat you well and guarantees several ‘aha’ moments as you go round and round. 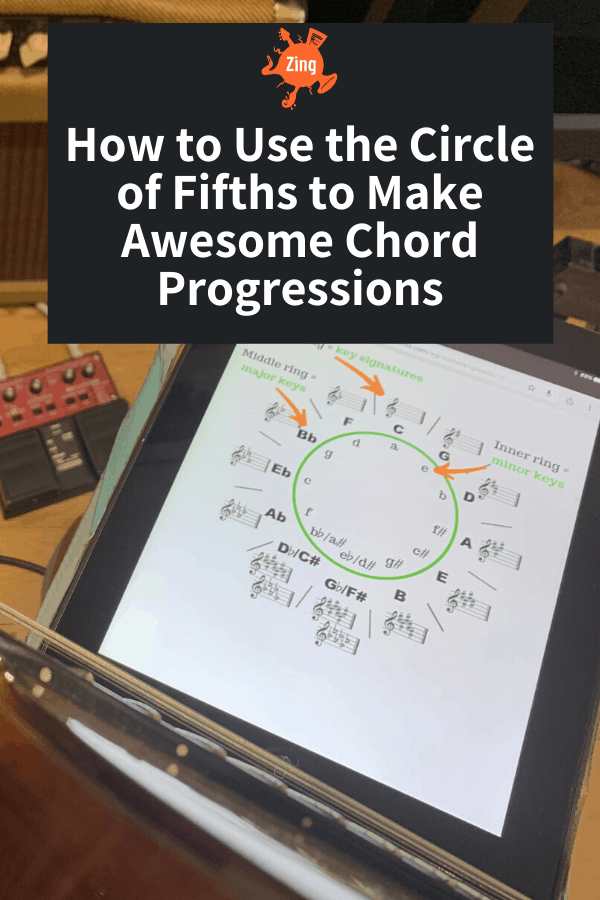