15 Great Songs from The Girl Next Door Soundtrack 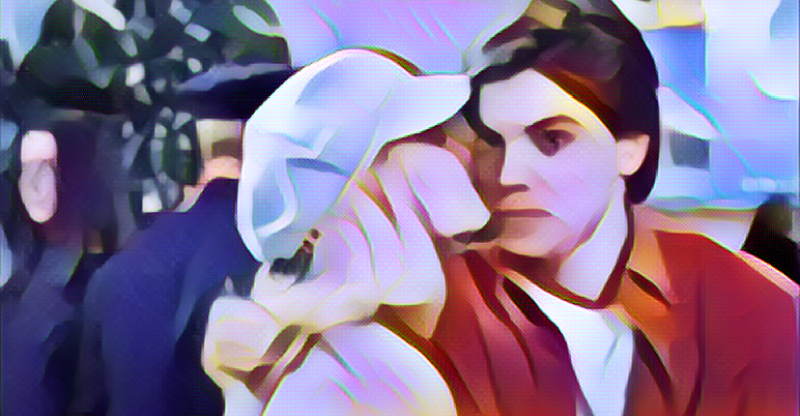 If you’re a romcom and music fan looking to revisit a classic, The Girl Next Door will deliver on both ends.

This movie is a 2004 rom-com that follows the main character, Matthew, as he falls in love with Danielle, an adult film star who just wants Matthew to see her as an average person. With missteps and enemies like Kelly (Danielle’s manager and producer) along the way, this love story has both lighthearted and sincere elements.

As you’re about to see, The Girl Next Door soundtrack has some choice tracks, ranging from quietly introspective to comedically aggressive!

The Killing Moon – Echo & the Bunnymen

The Killing Moon’ is an atmospheric song with dramatic descriptors about a tedious love. The narrator is entranced with this girl, but the ambiguous lyrics make it unclear whether the relationship becomes real or not. In the movie, this song plays as Matthew spots Danielle for the first time, becoming immediately enthralled. The suspenseful guitar riffs leave us wondering what the outcome of his fascination will be.

Related: Find this song on our playlist of moon songs.

Lighthearted guitars and joyful-sounding vocals make ‘Take a Picture’ the perfect song for a movie montage. Matthew decides to skip school to spend the day with Danielle, and we see them driving, listening to music, and cloud-watching while taking plenty of breaks to stare into each other’s eyes. Though the song is about making a scene on an airplane, it morphs into a song about wanting to remember all the little moments of a love story in ‘The Girl Next Door.’

Related: Listen to more of the best falling in love songs.

A crowded party. The girl you like talking to someone else. Jealousy that turns to nervous determination. And then—the first kiss! Matthew makes his move, embracing Danielle as ‘This Year’s Love’ begins to play, and the camera circles around the pair in a truly cinematic style. The acoustic ballad captures the moment’s tenderness, while lyrics like “when ya hold me like you do, it feels so right” show us the intimacy of the love.

Related: You’ll love our list of the best songs about kissing.

Turn of the Century – Pete Yorn

‘Turn of the Century’ plays at a bittersweet moment in The Girl Next Door. Matthew and Danielle’s relationship is getting rocky, but Matthew tries convincing Danielle to quit making films and reminding her of the good times they’ve had before driving to Danielle’s house. As he drives, you can tell he’s glad to have made his point but terrified of whether or not Danielle will truly hear him. The melancholy feel of this song mirrors that conflict, saying, “I wondered if we’d speak again.”

Related: Don’t forget to listen to the best songs about memories.

‘Lucky Man’ plays as Matthew and Danielle slow dance at prom, a beautiful representation of just how lucky Matthew feels to be with her. They spin slowly, Danielle dips down, and they share a kiss, all to the peaceful swaying of this lovely acoustic song. It’s an intimate scene intermingled with comedic elements, staying true to the rom-com genre.

Related: No prom is complete without this list of dancing music songs.

Break Down the Walls – Youth of Today

This intense song is an angry rock & roll track bordering on screamo may seem like a strange choice for the original soundtrack, but it’s quite fitting to introduce the movie’s main antagonist, Kelly. Kelly is intense, angry, and possessive, matching the energy of the aggressive vocals and heavy drums in ‘Break Down the Walls.’ At first, he comes off cool and suave, but his true nature is soon revealed.

Related: Head over to the best songs about enemies.

‘Dopes to Infinity’ was the first song by Monster Magnet to ever hit the charts, reaching the Top 30 on Billboard’s Rock charts. The shredding guitar is almost overwhelming, and the electronic warbling makes the song sound otherworldly. This song plays as Matthew, Kelly, and Danielle enter a strip club and does a great job setting up the scene’s tension and chaos.

Jump into the Fire – Harry Nilsson

Danielle has the upper hand on Matthew from the start and leaves him naked in the street as payback for spying on her through her window. ‘Jump into the Fire’ plays as Matthew chases after the car that Danielle is driving away in. It’s a comedic scene, and the line “we can make each other happy” points to the love between the pair that is soon to come.

Related: This song is also on our playlist of songs about jumping.

This upbeat country tune is recognizable to many just from that opening guitar riff and is all about Alabama’s sweet, homey feel. It’s a bit of a contrast to the scene in the movie, where Matthew reflects on how Kelly abandoned him during a burglary scheme that turned out to be a setup.

Related: Hear this classic on our list of songs about US states.

‘Sparrows Over Birmingham’ is a folksy song centering around lightly strummed guitar and nostalgic themes. The exact meaning of the song is a bit ambiguous, but it’s clear that the narrator is missing someone and reflecting on their lives. From curious youth to growing up to wedding bells, the sparrows always watched over this person. It plays as Matthew realizes he shouldn’t be the one in the adult film with Danielle.

Related: If you wish someone were here, listen to the best songs about missing someone.

Something in the Air – Thunderclap Newman

‘Something in the Air,’ a meaningful and passionate song about a revolution, went Number One for a few weeks in the UK. In The Girl Next Door, it takes on a different meaning. Danielle and Matthew chat in a diner as this song plays, and the “something in the air” seems to be the chemistry between them. Matthew is a nervous mess, and Danielle is a “cool girl,” but you see the beginnings of something deep in this lighthearted scene.

‘Angeles’ is the soundtrack to a brief montage that introduces Matthew’s personality to us. We see him get accepted into Georgetown while unsure of his future. We see him sitting with friends yet getting distracted by a girl. It seems he has potential and dreams but is lonely and apprehensive about the future. The sorrowful sounds of ‘Angeles’ make that conflict clear.

Related: Here are the best songs about feeling alone.

Baba O’Riley – The Who

The cinematic drums and vibrant raspy vocals of ‘Baba O’Riley’ make it a satisfying song to be used at the end of a movie. As the song plays, Matthew’s voiceover tells us how all of the storylines wrap up. He lists each happy ending, and the song carries us into the credits as the movie closes.

In a tense scene filled with dramatic strutting and narrowed-gaze glaring, ‘Lapdance’ plays as Matthew and Danielle’s friends arrive at the prom (some of them being adult film stars). Matthew’s scheme begins to unfold as he invites the jocks, who are infatuated with the stars, to be in the film they are making.

This introspective song is about the importance of trust in understanding people and the world in general. It plays after Matthew finds out the truth about Danielle’s past career. He decides to ice her out and is almost immediately confronted by her. He reflects on his mistakes with the crooning piano and fervent vocals of ‘Suffering’ by Satchel.

Related: You’ll want to listen to our list of trust songs.