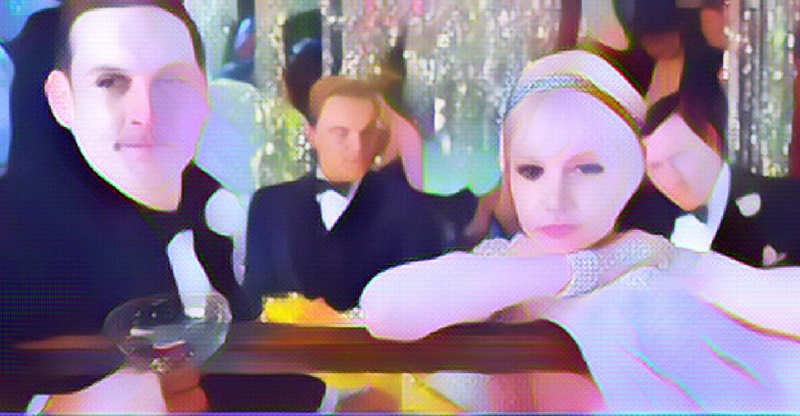 The 2013 film adaptation of The Great Gatsby enhanced one of the most respected pieces of literature of all time by putting the characters on a screen.

Watching the emotions and plot lines play out in front of us added a new perspective to the classic story, though the original book will always be fairly untouchable to lifelong fans.

The Great Gatsby soundtrack added tension, emotion, and depth to the already captivating story. While you may expect traditional jazz for a film like this, it uses modern hip-hop in its original songs to introduce an old story to a new audience.

This song plays when Nick meets Meyer Wolfsheim, the mysterious associate of Jay Gatsby. He’s a shady character that raises our suspicions about how exactly Gatsby got so rich, and ‘100$ Bill’ fits that skepticism with its views on money. The song sings about the importance of money and its power, providing some commentary about how money can be both societally and personally corruptive.

Related: If money’s on your mind, check out this list of money songs.

‘Back to Black’ is a tension-filled song with electronic bass and drawling vocals. Beyoncé’s smooth vocals put a new spin on this Amy Winehouse song, and it plays at one of Gatsby’s parties while Gatsby is talking to Tom, Daisy’s husband. Tom is one of the most obvious things that stand in the way of Gatsby and Daisy getting together, and the remnants of love between the pair are mirrored by the line “I only said goodbye with words.”

Related: These narcissist songs are all about self-centered people.

Gatsby is famous for his parties, and this upbeat, celebratory song captures the vibe of these events perfectly. The horns and heavy beat make ‘Bang Bang’ a party song, and the disjointed instrumentation emulate the almost overwhelming extravagance of the gathering. The line “shot ’em with a bang” also foreshadows Gatsby’s upcoming demise.

Related: Make your party one to remember with this list of party songs.

A Little Party Never Killed Nobody (All We Got) – Fergie, Q-Tip, GoonRock

“A little party never killed nobody” takes on a more ominous meaning when you think about how Gatsby, the king of parties, will be dead by the end of the movie. This song is great for a club, with dubstep and pop elements that invite people to the dance floor. It plays as Nick and Catherine search for Gatsby, the high-energy track matching the anticipation of finding him.

Young and Beautiful’ plays over a montage sequence of Gatsby showing Daisy and Nick around his house. You can see that the love Daisy and Gatsby had for each other is still there, despite the new circumstances that make their relationship unrealistic. Though most of the montage is joyful, Lana Del Ray’s haunting vocals remind us that this relationship is pretty much doomed.

Love is the Drug – Bryan Ferry

Another song heard at the Gatsby party, this horn-heavy song with an iconic bassline, sets the scene of a Roaring 20’s celebration. The crooning vocals sing, “boy meets girl where the beat goes on,” which is exactly Gatsby’s reason for hosting these parties. He wants to draw Daisy to him and reunite with her, but the “drug” aspect of this love shows his unhealthy addiction to getting her back.

Over the Love – Florence + the Machine

The party dies down as ‘Over the Love’ plays, and Catherine reveals that she has some secret knowledge. Though this is just a background track that is hard to hear in the movie, there is plenty of connection between it and the story. Most notably, the line “just give me the green light” alludes to the green light on Daisy’s dock that Gatsby constantly watches. This light is symbolic of everything Gatsby wants- there is “green light in [his] eyes and [his] lover on [his] mind.”

Where the Wind Blows – Coco O

This song plays as Nick and Gatsby socialize at the hairdressing salon. Tom appears, and Gatsby immediately gets uncomfortable and slips away. ‘Where the Wind Blows’ talks about wanting to avoid commitment and follow wherever life takes you. Gatsby can’t exactly relate to this sentiment, and the line “yes, we all need someone, but sometimes we need that interference” relates to his need for Daisy and the interference that is Tom.

An orchestral version of Beyonce’s ‘Crazy in Love’ plays as workers hired by Gatsby revamps Nick’s garden. Nick’s bewildered expressions and Gatsby’s love for control make for a scene with great dry humor. Most of Gatsby’s motivation for doing this is to get Daisy to come to his own house eventually, hence the aptly titled song ‘Crazy in Love.’

Related: Check out this sweet falling in love songs playlist.

At this point in the movie, Gatsby has all but withdrawn from society. Daisy has begun to visit him in secret, but the threat of being found out hangs over them. The ceaseless, echoing beat adds that feeling of suspense that this secret cannot be kept forever. ‘Together’ is a duet, so it feels like Gatsby and Daisy are singing to each other “together, to be, together and be,” trying to stay safe in their bubble of love.

Hearts a Mess’ is used in the end credits of The Great Gatbsy. Lines like “let me occupy your mind as you do mine,” “your heart’s a mess,” and “love ain’t safe” really capture the emotions of Gatsby. He’s been tortured by the what-ifs his love for Daisy left behind, and he spent so long chasing after her. His heart is a mess, and he desperately wants Daisy to feel consumed by love the same way he is.

One of the most dramatic scenes of the movie is the death of Myrtle, Tom’s mistress. ‘Love is Blindness’ plays as Daisy accidentally hits Myrtle with Gatsby’s car, but we don’t find this out until later because Gatsby takes the blame. This song is remorseful and cinematic, singing, “love is blindness, I don’t want to see.”

Into the Past – Nero

Into the Past’ is the song that takes us through the dramatic closing to Gatsby’s life. Straining strings and ambient instrumentation build as Gatsby is shot by Myrtle’s husband, falling into the pool with Daisy’s name on his lips. The scene stretches out, letting the shock of his death sink in before we start to hear Nick’s frantic voice, asking if everything’s okay.

Related: Listen to our playlist of songs about losing someone.

This song is used in the movie’s ending credits, directly relating to the murders of both Myrtle and Gatsby. Each of these killings was a “kill and run” because neither assailant directly paid for their crimes (at least not in the eyes of the law). Gatsby took the fall for Daisy’s murder of Myrtle, and Myrtle’s husband took his own life after killing Gatsby. Sia’s vocals and the orchestra build to an intense pinnacle that makes us feel the destruction and emotion of what these characters’ choices caused.