10 Great Songs from The Harder They Come Soundtrack 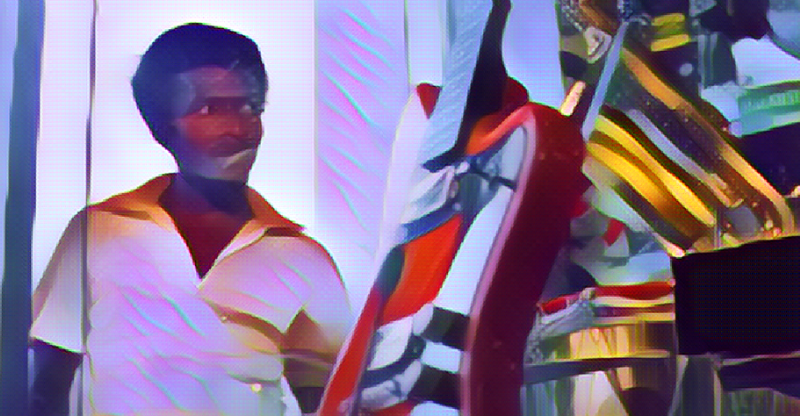 The 1972 film The Harder They Come, starring reggae musician Jimmy Cliff, is recognized as one of the most iconic and influential films to come out of the Caribbean.

Not only did Cliff star in the film, but he also provided original music for the soundtrack and oversaw its completion. Many influential reggae artists are included in The Harder They Come soundtrack, which helped the reggae genre succeed in US and UK markets.

You Can Get It If You Really Want – Jimmy Cliff

Recorded before filming took place, reggae artist Desmond Dekker provided vocals for the original version. Jimmy Cliff decided to include his own version of the song on the soundtrack for his movie in ’72. Over the years, various political organizations have used ‘You Can Get It If You Really Want’ to represent campaign messaging, much to Cliff’s dismay.

Related: Hear this song on our list of the best songs about believing in yourself.

One of the more eclectic tracks found on the soundtrack, ‘Draw Your Brakes’ is a Jamaican DJ song about a man losing his significant other to someone else. Jamaican DJ music draws more on the spoken word for the vocals than actual singing. For this particular song, the instrumentation supports the story Scotty tells through the lyrics.

Related: Find similar songs on the best songs about exes.

Rivers of Babylon – The Melodians

“By the rivers of Babylon where we sat down. There we wept when we remembered Zion.” This reggae anthem became a staple song for the Rastafarian movement in Jamaica. Originally recorded by The Melodians in 1972, Jimmy Cliff viewed it as a definitive song for the movie. The song’s lyrics are based on Christian principles included in Rastafarian culture.

Many Rivers to Cross – Jimmy Cliff

“Wandering, I am lost as I travel along the White Cliffs of Dover…” Cliff wrote this heartfelt song in 1969 before including it on the soundtrack to his ’72 film. It was written during a time of existential crisis for Cliff after he moved to the UK to try and make it in the music industry. Already a successful musician in Jamaica, the UK markets proved to be much tougher, and he felt out of place.

Related: Check out this song on our songs about rivers playlist.

Sweet and Dandy – Toots and the Maytals

Written about a Jamaican wedding taking place in a rural area and the range of emotions that come with it, the interesting “ska” rhythm and beat distinguish itself from the more traditional reggae sound.

Related: Tying the knot? Here are more songs about weddings.

The Harder They Come – Jimmy Cliff

Written specifically for his movie, Jimmy Cliff’s single by the same name became his most famous hit. The song plays in a particularly poignant scene of the 1972 film after Cliff’s character, the protagonist Ivan, has been wrongfully detained and beaten up by Jamaican officials, and he refuses to let them win.

Related: Listen to this song on our list of songs about being strong.

Johnny Too Bad – The Slickers

Organ solos highlight this classic reggae track, often considered one of The Slickers’ best singles. It tells the story of a Jamaican “Ruddie,” otherwise known as a bad boy who gets into a lot of serious trouble. After its release on the soundtrack, many mainstream artists have gone on to cover the tune, including American group Sublime and legendary blues artist Taj Mahal.

This rock-inspired reggae tune was an international hit, seeing modest success on UK charts and becoming wildly popular in Jamaica. The title, ‘007 (Shanty Town),’ is a direct reference to one of the most notoriously dangerous slums in Kingstown. The song follows the story of gang members ultimately taken down by the ever-growing police and military force in the area during the 1960s and 1970s.

Related: Head over to our list of breaking the law songs.

Pressure Drop – Toots and the Maytals

Leading man Toots Tibbert wrote this song about his saying “Pressure Drop,” which he would often reference. The meaning behind the saying deals with karma that comes peoples’ way who do bad things to other innocent people. The song’s groovy beat and easy-to-remember lyrics made it a breakout hit across the UK, especially after its inclusion in the soundtrack.

“Sitting here in limbo, like a bird without a song.” One of the softer tunes featured on the soundtrack, ‘Sitting In Limbo’ is a Jimmy Cliff original telling the story of someone who is biding their time waiting for a big break. This was another one of his tunes written when he traveled back and forth between Jamaica and the UK, trying to find his place in the commercial music industry.