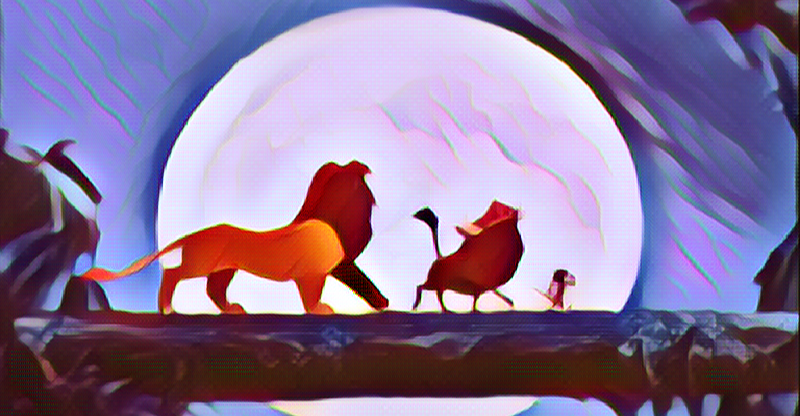 You’ve probably seen The Lion King at least once in your life, especially if you were a kid or had a kid in the 90s! It was the highest-grossing film in the 20th century and continues to be a favorite among Disney film fans.

The animated musical film is based on the classic story of Hamlet. Yes, Shakespeare no less! The music from The Lion King has endured since its release as well, with the songs being among Disney’s most beloved releases.

“Hakuna Matata ain’t no passing craze,” so sit back and enjoy these classic hits from The Lion King soundtrack. You’ll laugh and you’ll cry!

The film’s earliest track was a part of the film’s tagline, “Life’s greatest adventure is finding your place in the Circle of Life.” It plays after Simba’s birth when the future king is presented in front of the jungle’s animals in the Pride Lands. The song talks about the circle of life and how hope and faith can make life more bearable. The song also appears in the 2019 live-action remake film. Carmen Twillie sings the song in the film’s opening with the African vocals performed by Lebo M., while Elton John sings it during its reprise and on the original motion picture soundtrack album.

Related: This one appears on our list of best broadway songs (a very fine selection of songs it is too!)

I Just Can’t Wait to Be King

Simba, Nala and Zazu perform this song. They sing it as they fight about Simba’s rights as the future leader of the Pride Lands. The song and the scene demonstrate Simba’s youthful naivety and foolishness as Simba sings of the future glory that he believes he will experience as king and leader of the kingdom. The song is referenced later in the film during Zazu’s ‘The Morning Report’ song, which only appears in the Special Edition re-release of the film.

This is one of many songs Elton John wrote for The Lion King; it also appears briefly in The Lion King 1 1/2. Scar and the hyenas sing it as they prepare “for the death of the king,” referring to Mufasa. The soundtrack and stage versions feature slightly different lyrics in one verse compared to the film version.

Elton John wrote this famous The Lion King track, which appears in later adaptations and sequels and briefly in the Disney/Pixar film Toy Story. Timon and Pumbaa sing it with Simba as the latter learns to accept a carefree mindset and lifestyle; ‘Hakuna Matata” is the Swahili phrase for “No worries.” This song was nominated for an Academy Award but lost to another The Lion King song.

Related: Find this classic on our list of the best Disney songs.

Can You Feel the Love Tonight – Elton John

Elton John’s classic song plays as Simba falls in love with Nala. Elton John’s frequent collaborator Tim Rice worked on the track with John. It speaks to the power yet peacefulness that love can bring to life. The song is one of the film’s and John’s most enduring and won an Academy Award after its release; John also won a Grammy Award with the track. It appears in the stage musical, as well.

Related: This song features on our list of love songs from the 90s.

The reprise of Circle of Life appears near the film’s end and is sung by Elton John. It plays when King Simba and Nala’s cub is presented to the Pride Lands animals. The song appears again in the sequel and the stage musical. It was one of three songs from The Lion King nominated for an Academy Award, but it lost to ‘Can You Feel The Love Tonight.’

This is one of many numbers Elton John wrote for the film, which only appeared in the later 2003 Special Edition release. It was also included in the 1997 stage adaptation but was changed slightly when it was added to the animated film. Mufasa, Zazu, and Simba have lines, with Zazu providing Mufasa a morning report on what’s happening in the jungle. The song only runs one minute and 30 seconds long.

Related: Finish your coffee with these morning songs.

I’ve Got a Lovely Bunch of Coconuts

Zazu sings this silly track to Scar but stops quickly to complain that he wouldn’t have to do something so ridiculous for Mufasa. This is a novelty song about having coconuts written by a combination of English songwriters known collectively by the pseudonym Fred Heatherton. This short piece is not included in The Lion King original motion picture soundtrack album or other special edition releases.

This instrumental piece was released on the film’s soundtrack and can be heard in two separate parts of the film. The first is when Rafiki paints Simba and begins as the rainstorm starts. The second is when Simba interacts with his father’s ghost and then speaks with Rafiki. It ends as Simba decides to return to the Pride Lands. The number also appears in other versions of The Lion King, sometimes in varied formats.

…To Die For – Hans Zimmer

Scar tells a naive Simba—rather sinisterly—that the upcoming stampede is “to die for” right before this instrumental piece begins. This song also helps to represent the disastrous aftermath of the stampede, which leads to Mufasa’s death. Zimmer melded his German roots with African influences for a unique sound on his instrumental score for this film. A vocal-focused version called ‘The Stampede’ appears in the stage musical.

Related: Find comfort with the best songs about death.

Under the Stars – Hans Zimmer

Here’s a track that plays as Simba talks with Pumbaa and Timon under the stars; the two tease him about his father’s stories. A remix version titled ‘Kings of the Past’ was released in 2014 on The Legacy Collection: The Lion King. Jay Rifkin mixed the track.

Related: Reach for these songs about stars.

‘King of Pride Rock’ is a track that is used to highlight several important action sequences that help move the story of The Lion King along throughout the film. Its lyrics bring viewers back to ‘Circle of Life.’ It was reused or remixed for several future related endeavors, including the stage musical adaptation of The Lion King.

‘Busa Simba’ is a Zulu song that appears after Hans Zimmer’s ‘Under the Stars’ finishes. The song celebrates the leader and all the blessings the leader has bestowed on the land. Hans Zimmer wrote the music, while Lebo M. and Jay Rifkin provided lyrics; Rifkin also provided background vocals. Different versions of the song play at other points in the film.