12 Songs from the Superb Twilight Soundtrack 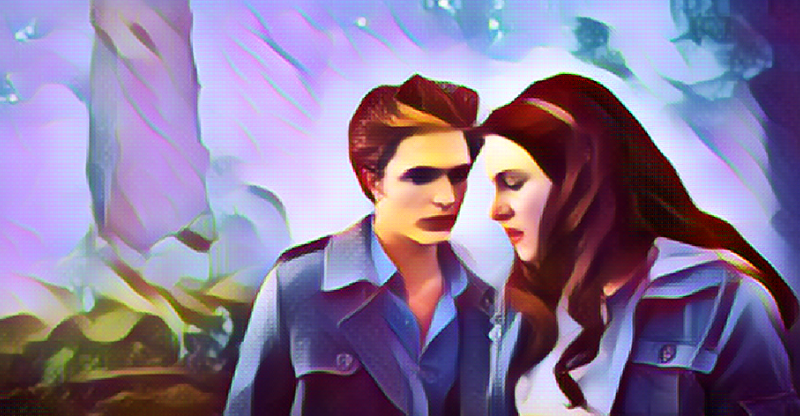 The Twilight saga took the late 2000s by storm and garnered tons of intrigue with its vampire-werewolf-human girl love triangle. Were you Team Edward?

The first movie in a series of films follows Bella as she moves to Washington and captures the attention of Edward. Edward is a member of the Cullen family, all of whom are vampires. Though the two quickly fall in love, the human-vampire pairing brings a whole host of supernatural problems.

The amazing and diverse Twilight soundtrack gives us everything from intense rock tracks to lovely acoustic tunes.

The baseball scene in Twilight is one of the most iconic moments in the film because we get to see the Cullen family’s vampiric abilities for the first time. We’ve seen Edward’s speed and strength before, but it is taken to a whole new level in their high-intensity baseball game. The cracks of the bat and the tension between teams are matched by the shredding riffs and ominous vocals of ‘Supermassive Black Hole.’ Fun Fact: Stephanie Meyer, the author of Twilight, is a big fan of Muse!

Related: Batter up! Head over to the best songs about baseball.

Hayley Williams, the lead singer of Paramore, wrote ‘Decode’ specifically for Twilight. She based the song around the confusion and anger born from the disagreements between Bella and Edward. Bella wants to become a vampire to be with Edward; Edward wants to keep her human and protect her. They think they understand each other, but it’s clear their goals are different, which Williams describes with the line, “how did we get here when I used to know you so well?” ‘Decode’ plays in the credits of Twilight, a sign that this conflict won’t end with the close of the first movie.

‘Full Moon’ is a song about a journey, making it the perfect track to use in the opening credits. Though Bella doesn’t know it yet, she is stepping into a world where stories from mythology are real. The track is wistful and anticipatory—the bass and strings make you feel like something is coming. The line “I don’t know where I am and I don’t trust who I’ve been” tells us the narrator has gone through a change and doesn’t recognize themself—something Bella will soon be dealing with.

Related: Howl at the moon with this moon songs list.

Leave Out All the Rest – Linkin Park

‘Leave Out All the Rest’ is a gritty yet emotional song that plays in the end credits of Twilight. The song centers around a man looking for redemption, saying, “when my time comes, forget the wrong that I’ve done.” It’s an interesting parallel to Edward’s character, who often feels tormented by the choices he has made in the past.

Bella and Edward are officially an item and ready to be publicly seen together. ‘Spotlight’ is an upbeat tune that plays as the pair arrive at school and step out of the car. “The spotlight is on” Bella and Edward, and the surprise at sullen Edward being seen with a girl turns heads everywhere.

Related: Celebrate a new lover with these new love songs.

Go All the Way (Into the Twilight) – Perry Farrell

Even after a scrape with death, Bella still fears going to prom. Despite her reservations, Edward is determined to take her, and ‘Go All the Way (Into the Twilight)’ plays as they arrive. This retro track lightens the mood created by the previous few scenes that featured the intense climax of the movie. It’s a playful song with many harmonies, but the steady drums and electric guitar keep it on theme with the rest of the soundtrack.

Tremble for My Beloved – Collective Soul

After he stops a rogue van from hitting Bella with his bare hands, Bella begins to suspect something is up with Edward. She sees the impossibility of his strength up close, and no matter his denial, she knows he’s hiding something. The captivating riffs and heavy drums of ‘Tremble for My Beloved’ add to the adrenaline in this pivotal scene.

Related: Find your inner (or outer!) strength with the best songs about being strong.

I Caught Myself – Paramore

There are not many everyday teenager things Bella gets to experience in this movie, but shopping for prom dresses with her friends is one of them. The scene’s simplicity doesn’t match the lyrics’ conflict, which adds some tension to the shopping trip. “I don’t know what I want” is repeated several times in ‘I Caught Myself,’ showing that conflict is present in both Bella and Edward. Both of them feel attracted to the other but have reservations due to fear and doubt.

Related: Try not to fall in love with the best songs about resisting love.

One of the most recognizable songs from Twilight, ‘Eyes on Fire,’ creates a sinister and suspenseful atmosphere as the movie builds up to the reveal that Edward is a vampire. It plays as Bella waits in the parking lot for Edward, ready to confront him with her theories about his secret. Even though she believes he might be a deadly fabled creature, she is unafraid, mirrored by the lyric “I’m not scared.”

This intimate acoustic song is sung by Edward’s actor, Robert Pattinson. The soft vocals and fingerstyle guitar are the backing track to Bella and Edward’s candlelit dinner, where we see the sparks of the mutual love between them. ‘Never Think’ is a look into Edward’s mind. Lyrics like “’cause without me, you got it all” and “go on, save your soul, before it’s too far gone” show his constant fear about ruining Bella’s life. She wants to be a vampire, but he knows she could have an average life with a pure soul if she leaves him behind.

Flightless Bird, American Mouth’ by Iron & Wine is a significant song in Bella and Edward’s relationship. In Twilight, this peaceful folksy track plays as they dance together at prom, and it’s used again in Breaking Dawn Part 1 for their wedding scene. The song croons, “have I found you?” as the couple marvels at the love they have found in each other. It’s a sweet scene that leaves us wondering what their future together holds.

Related: Listen to this playlist of beautiful marriage songs.

This instrumental track plays several times throughout the movie, typically used by Edward to comfort Bella. Whether he plays the track on piano or hums it to her after a nightmare, this song is a sign of his love. Despite being called a lullaby, it’s not the most peaceful tune. Some of the notes are jarring, and the composer wrote it with a complicated love in mind. It’s still fitting for this love story, which reached a happy ending after much trial and hardship.