8 Types of Guitar Picking Techniques to Improve Your Lead Playing 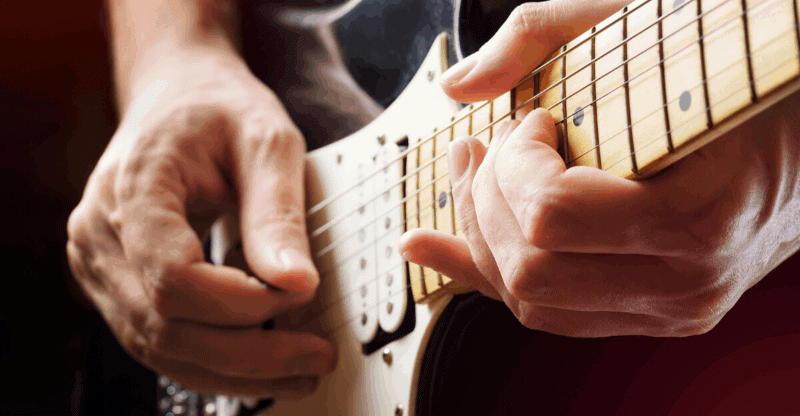 Although you strum a lot as a guitarist, picking is just as important. Particularly if you play lead guitar, you’ll need to get into some good picking techniques.

There are more ways of picking than you might think, some of which use your fingers, some that use a pick and some combining the two.

In this article, we list the most common ones.

Particularly popular in rock music, alternate picking is one way of significantly increasing your speed.

While it can feel easier and more natural than downpicking (see below), this will soon tire your wrist out, as well as make it harder for you to play faster.

Training yourself to go down-up-down-up as you play fast lead parts will make it physically possible to pick up more speed and will eventually feel the more comfortable way of playing.

Try this technique with your scales as you’re warming up, and it will soon become the way you always play. If you watch some of the shred guitarists like Malmsteen and Satriani, it’s almost impossible to imagine them not alternate picking.

A technique often found in a bewildering number of genres, from bluegrass and Latin, all the way to thrash metal!

Tremolo picking, as you may have guessed, involves playing rapid-fire single notes repeatably and evenly to create the effect of one long note – when picked quickly enough, the note sounds constant.

Check out Dick Dale’s “Miserlou” for a great example of this effect in action.

A technique commonly found in bluegrass and popular with mandolin players, this one uses a rolling syncopated style on just three strings, similar to a banjo roll (though the banjo roll is fingerpicked, not flatpicked).

This style is characterized by the use of three pitches picked on three adjacent strings, repeatably in a four-pulse rhythm. The effect is an ‘accented pulse’ due to the continual shifting of the pitches.

You can vary the pick direction as you like, depending on the emphasis and melody.

As the name suggests, this involves playing mostly downstrokes with your pick. When it’s done tight, it sounds particularly aggressive, hence why it’s popular in styles such as metal and punk. It’s relatively easy to learn and works great for staccato, choppy passages of play.

It’s not quite as fast as alternate picking for obvious reasons, and you’ll need a wrist made of iron to carry it out for lengthy amounts of time.

Hybrid picking is the combination of using a pick and your fingers. This lets you play two strings at the same time that impossible with standard plectrum playing. It’s popular in a lot of blues music as well as heavier guitarists like Zakk Wylde.

As well as making it possible to play multiple strings, hybrid picking can enable a more pizzicato attack than a plectrum can. If you listen to Mark Knopfler’s playing, which rarely involves using a plectrum, you can hear the difference in tone and attack.

Another benefit to hybrid picking is that it allows you to perform string leaps that might be difficult with a plectrum. Although the angle at which you hold the pick and pluck might be a little awkward, hybrid picking, used sparingly, is a great trick to have up your sleeve.

Sweep picking makes super-speed possible. It’s a technique where, instead of picking multiple strings separately, you go down or up them in one movement, called a ‘sweep’.

This is often used for fast arpeggios, though it is not to be mistaken with strumming a chord.

While chords are usually played with the intention to ring out, sweep licks are more often staccato, with guitarists releasing their fingers immediately after playing the notes. This gives you a speedier sound, harsher attack, and clarity of articulation.

Popular amongst Malmsteen, Becker, Friedman, Vai and Michael Angelo Batio, to name a few, this is an essential part of heavy metal shred guitar, where speed matters.

To get started, focus on learning sweep picking patterns.

Economy picking is designed to produce maximum speed in your guitar shredding. It combines sweep picking with alternate picking to enable you to play lots of notes, close together, super-speedily. It’s kind of like drawing circles with your fingers, as you go down with a sweep, up and around and repeat.

It’s an advanced technique, which you can hear from guitarists including Vai and Satriani, and it’s one that can take your shredding to the next level.

The general rule of economy picking is that when you’re playing multiple notes on one string, you alternate pick. When you’re changing strings, you do so in a sweep.

Fingerpicking is prominent in all kinds of genres, from classical to country to blues. It involves using your thumb as well as your fingers to pluck the strings, simultaneously or one by one.

When you’re reading fingerstyle music, the fingers are often notated as P, I, M and A. P is your thumb, I is your index finger, M is the middle finger and A is your ring finger. Usually, P is reserved for the lower strings, whilst I, M and A are used for the G, B and E strings respectively.

When multiple strings are played, this can be as a strum with the nail of your index finger or as a multi-stringed pluck. There’s also the pinch technique, which involves playing the lowest note of a chord which your thumb and one of the high notes with your finger.

Depending on the genre you are looking to explore, fingerpicking can be complex or very simple. While folk fingerpicking is pretty straightforward, classical guitar pieces can be extremely technically demanding.

So there you have it, the most common techniques to try. Remember, Rome wasn’t built in a day, so be patient and chip away at them one practice session at a time.

You should also consider the type of pick you’re using. While you can, in theory, use any type of guitar pick thickness or shape to play these, you ideally want something firm to give you lots of ‘attack’ (such as the Jazz III pick). 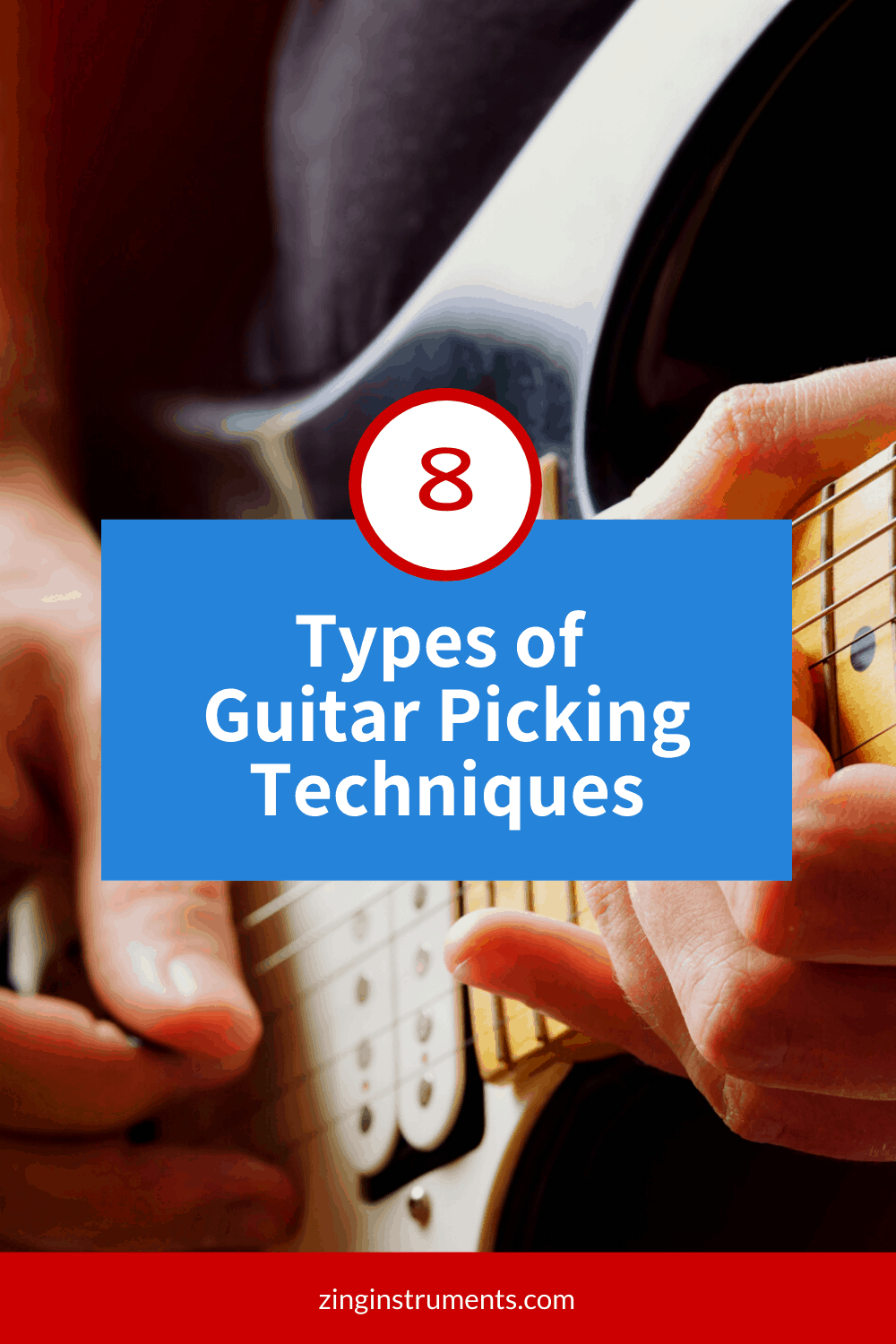