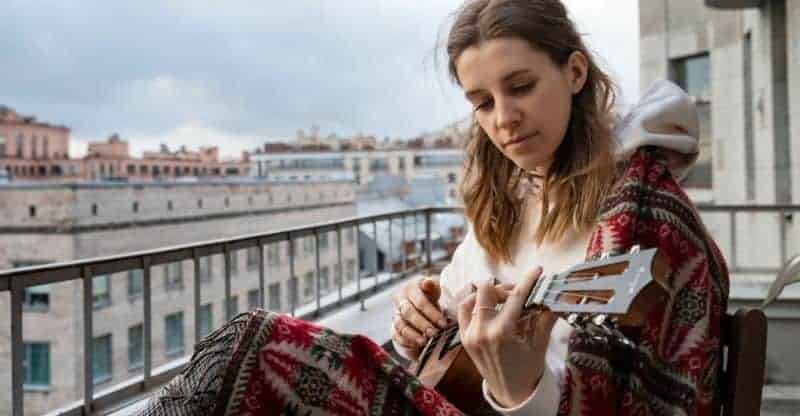 Is it possible to play barre chords on the ukulele? You bet!

And the good news is they’re way easier to play than on other instruments such as the guitar (four strings made of nylon certainly helps!).

In this article, we’re going to lift the lid on the what, why, and how of barre chords. By the time you’re done, you should know everything there is to know about these handy little things.

By the way, you sometimes see people call them ‘bar chords’. The proper spelling is ‘barre’,  unless you’re playing them in a bar 🙂

Ok, let’s get this show on the road.

What is a Barre Chord?

A barre chord is a special type of chord where you use a finger (usually the index finger, but sometimes multiple fingers) to press across the strings on the uke fretboard, essentially forming a bar. There are full barre and partial barre variations, as we’ll see further down the page.

Here’s an example of a ukulele barre chord. See how my index finger is forming a bar at the top: 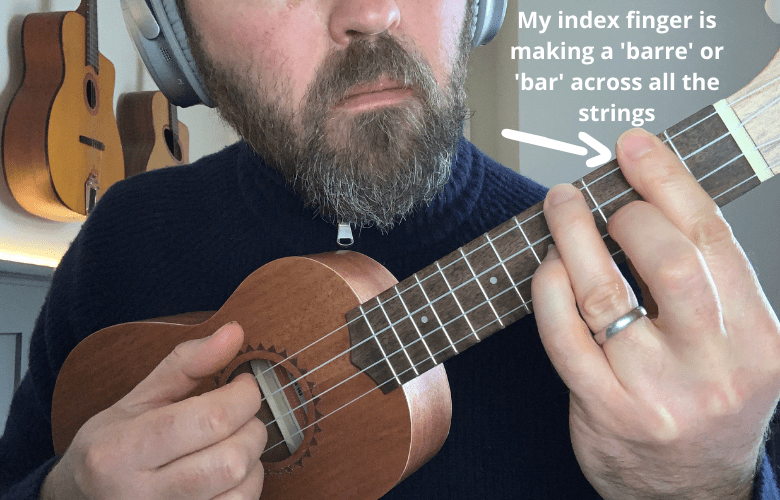 There are so many great ukulele songs you can play with basic chords you may rightly be wondering ‘why bother learning barre chords’? Just another thing to learn and get confused about, right?

First, once you’ve learned all the main barre chord shapes (we’ll cover those later in the article), you can play pretty much any chord. That’s because barre chords are moveable.

Beginner chords such as Am, C, F and G are all pretty straightforward to play. But what if I say ‘play an Ab chord?’.

I’ll probably get a blank look coming back at me. I’d be the same, I wouldn’t have a clue. But once you know your barre chord shapes, you simply take one and move it to the appropriate fret. Simples.

You’ll see examples of all this later on, don’t worry.

The second reason is convenience. It’s good practice where you can to play chords in the same area of the fretboard. It certainly makes you quicker. When you know barre chords, you can find any given chord at any place on the fretboard, no problem (and you don’t even need a capo). As I said in the intro, knowing them makes you a way more versatile player. Punto.

The third and final reason is, they sound different, and depending on the sound you’re going for, can sound way better than their open chord equivalent. They let you play up the fretboard of course, which opens up your available palette of tones right off the bat. Not to be sniffed at.

The rest of this article is going to be about showing you how to make ukulele barre chords. We’ll look at full and partial barre chords including the most common shapes.

Here’s the C chord we all know and love. 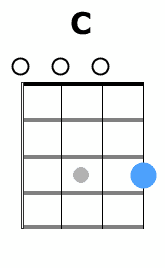 We can use the C as a movable shape. Slide it up two frets, make a barre with your index finger, and voila you have a D chord. 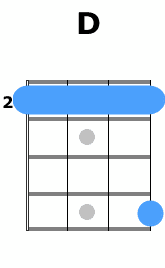 Slide it up another two frets and you have an E chord. 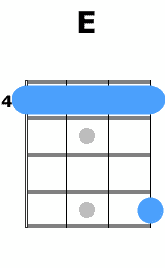 See how this works?

You know the F chord, right? 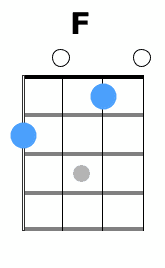 Move it up a couple of frets, make a barre with your first finger, and you have a G chord. 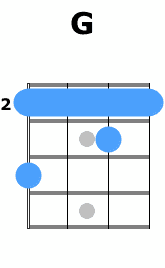 Two more frets, and you have an A chord. 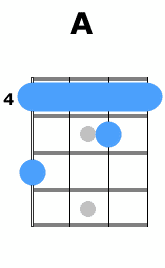 You’re getting the picture now, right?

Take the A chord. 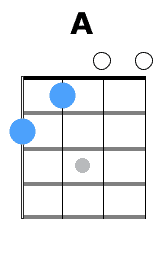 Move it up to wherever you like, let’s go to the fourth fret to get a C#. 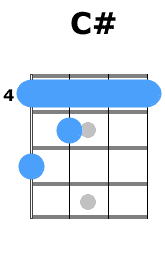 Try playing a C# open chord! You see how easy is it to find obscure chords using this method.

The E shape is a bit different, as it’s a partial bar chord. This means you don’t bar ALL four string. In this case, you just bar three of them. 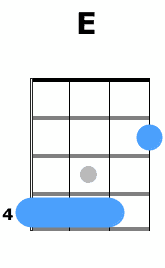 Now move it up a two frets, and you have an F# chord. 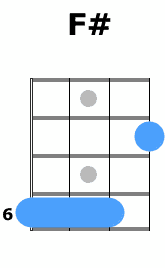 We’ve covered all the major chord shapes, but it doesn’t stop there. We can also barre minor shapes as well, of course.

Here’s the A minor open chord: 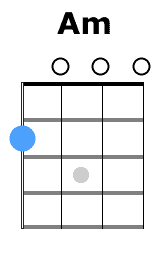 Moved up a few frets, and here we have a D minor chord. 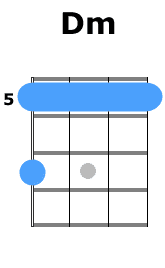 If you play all open strings, you arrive at a C6 chord (pretty easy, ‘eh). 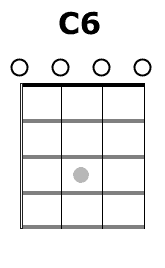 Slide up the bar, and voila, you get a ton of 6th chords. Let’s slide up just one fret, to Db6. Easy! 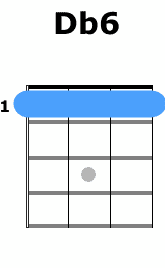 Some purists say that to use partial barres is cheating, and that they don’t sound as good.

It’s true, some chords played as partial barre chords do sound a bit weedy compared to their full barre equivalent, but I say ‘each to their own’.

If you find playing partial barres easier and they still sound ok (see below), then that’s fine in my book.

With many chords, you can let your hand and thumb slip around the back of the neck without too much issue. However, with barre chords, you really need to keep your thumb at the back.

Make Sure Every String Rings Clearly

When a barre chord is poorly executed, you’ll often get dead notes.

By the I mean notes that don’t ring out as they should. To remedy this, play each string one a time to make sure you can hear each note clearly. If you can’t, readjust your hand or try adding more pressure until it sounds as it should.

Remember, some of this comes down to finger strength that will develop over time, so it will get easier the more you play.

Can we play barre chords on the uke? We sure can. They’re much easier to play than on other instruments too (yippee!).

Why learn them? They allow you to play a wide range of chords that would be tricky (or nigh on impossible) to play in open positions. They make us better ukulele players, and stops us having to resort to using a capo.

How do we play them? By taking the chord shape of an open chord (such as C, or F) and moving it up the fretboard using our index finger as a bar. We can also sometimes use other fingers (ring finger, middle finger, etc).

What is the easiest barre chord to play? Without doubt the C6 chord. Its played with one finger which you can slide up and down the uke fretboard.