How to Find Ukulele Fretboard Notes Using the Chromatic Scale 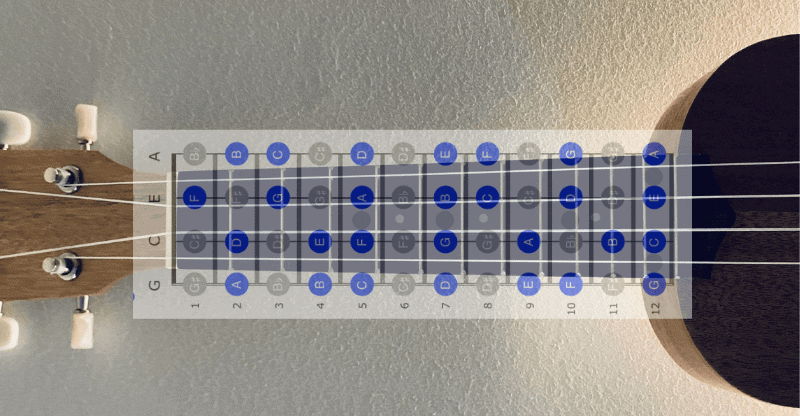 Knowing how to quickly identify ukulele fretboard notes takes a bit of practice. If you’re a beginner, even more so.

You shouldn’t be trying to learn them off by heart, anyway. It just isn’t practical. There are 44 frets to remember (4 strings x 11 frets) across the eleven frets. Memorizing every single one can take a lifetime.

Instead, you need a simple way to work out what every note is. The good news is, I’m about to show you how by focusing on the seven natural notes.

Once you’ve learned these simple rules you’ll be able to find any note on the fretboard in a second or two.

We wrote an entire article about string names on the uke, but suffice it to say, most ukes are tuned to GCEA (standard tuning) – except for baritone ukes which are tuned to DGBE. 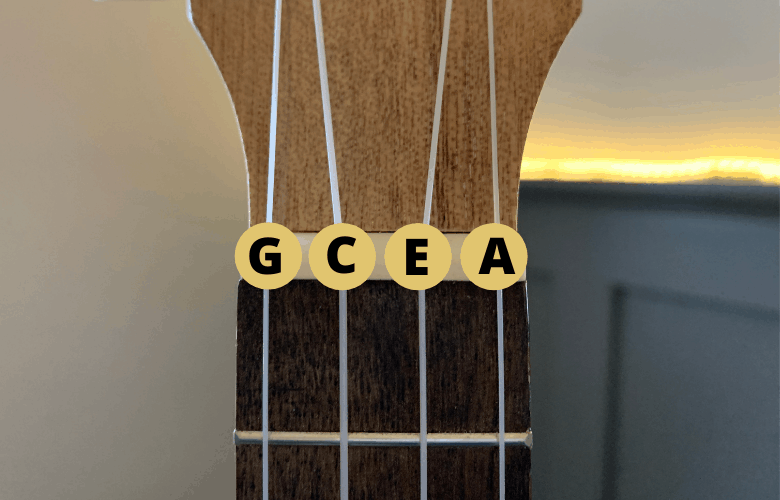 You can remember them with a mnemonic of your choosing. A popular one is ‘Good Children Eat Apples’ but there are many out there.

Don’t worry, it’s not as scary as it sounds. The chromatic scale is simply all the notes of a scale – the naturals, sharps, and flats – in order.

So for example, in the key of C, we have the following twelve notes (the thirteenth note returns to the root note, which – as we’re in the key of C – would be C). Each note represents a fret on the ukulele. 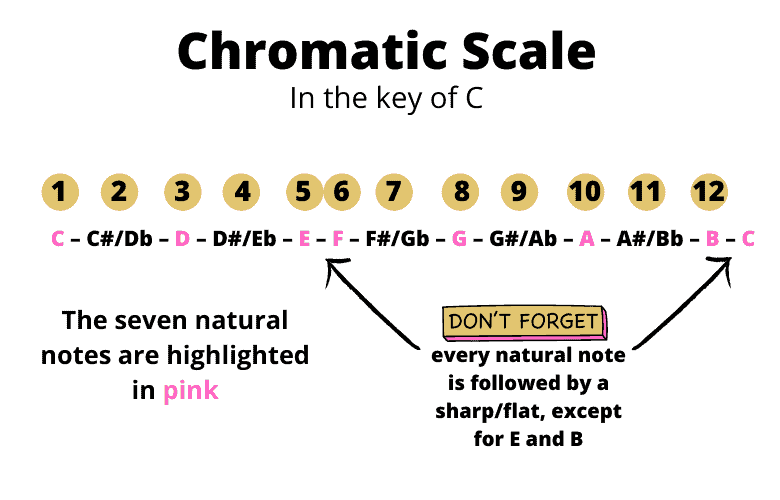 If you have a piano handy, this would be like playing every white and black key in order between two C notes.

That’s because between the E/F and B/C there isn’t one. It’s beyond the realms of this article to explain why, but just accept for now that that’s how it works!

Walk Your Way Up the Fretboard

Now you know how the chromatic scale works, you can simply go up the fretboard using the alphabet (A to G) to find each natural note.

So let’s say you wanted to find a D note. Well, just count your way there.

Here are all the notes on the fretboard for your reference.

This is the simplest method I know for working out ukulele fretboard notes, and I’d like to hear a simpler way if one exists.

As you play more, you’ll find you instinctively know certain ‘well-trodden’ areas of the fretboard more than others.

A useful thing to note is that at the fifth and seventh fret you get four natural notes in a line (at the fifth CFAD, at the seventh DGBE). These are quite easy to remember.

I hope you found this guide useful. If you did, be a darling and give it some love on social media.