How to Find Your Vocal Range in a Few Easy Steps 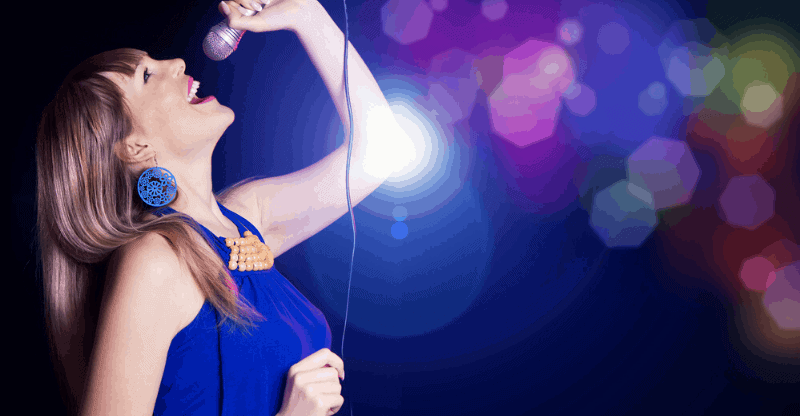 Do you ever get frustrated trying to sing certain songs? If you’re like most of us singers, yes I bet you do.

Knowing what notes you can sing comfortably is one of the easiest ways you can become a better singer.

It allows you to select songs where you sound your best, and with practice, you can learn to hone in on your sound to extend your range to hit notes you never thought possible.

And it all starts with finding your accurate vocal range. In this article, we’ll show you how.

What is Vocal Range?

Your vocal range includes the notes you can sing from lowest to highest. Many singers can reach notes in more than one range however this process requires practice, patience, and (for the serious among you) the help of a professional voice coach in many scenarios.

When you see it written down, it looks like two notes separated by a dash. For example, C3-C5 is a popular range among men. The notes are written as octave numbers to keep everyone on the same page, which is the same as the notes on a keyboard.

How to Work Out Yours

First, you’ll need an instrument. A guitar or piano is helpful for this exercise, as a properly tuned instrument keeps singers on the right key – we’ll use a piano in the example below.

Start by finding C4 or Middle C. It’s the note located on the first fret of a guitar or in the middle of the keyboard. It’s called C4 because it’s the fourth C note on a keyboard starting from the bass. Become familiar with the octave numbers for these notes because you’ll use them to determine your range. Hit the note and sing along using an “ah” sound.

Then, move along all the notes from high to low. Sing “ah” as you hit each note until you can’t sing any lower. Make a note of the lowest note you can comfortably sing by recording the octave number.

Make sure to write down only the octaves you don’t have to try too hard to reach. If you must squeeze the breath out or squeak to hit a top note, that’s not in your correct range.

Return to Middle C and this time sing from low to high notes. The highest note you can sing is the top of your vocal range. Record the octave as well, writing the numbers out like C3-C5. Soprano singers, for example, can reach notes as low as C4 to highs of A5 or C4-A5.

If you don’t have an instrument handy, use this video:

Now, to the moment of truth. You should have two letters and numbers written down. Next, look below and see which range yours fits in to.

Note: the first three are male, the final four are female

Bass singers are males who can reach the lowest singing range. While most bass voices sing from E2 to E4, some can even extend to C2-G4. These guys are either considered low bass or bass-baritones.

The second-lowest, the baritone is a mixture of bass and tenor singers. Their range is typically from A2 to A4, but they may extend up to C5 or as low as F2. A baritone is the most common type of male singing voice you’ll find.

Another trendy male voice type, the tenor is the highest singing range most men can comfortably sing using a modal (middle) singing voice register. Because men often reach falsetto or a head voice to land top notes, tenors have more control over these high notes than most men. They can even sing in female registers.

There is also a rare type of tenor singer known as a countertenor. Without going into too much detail, they tend to sing higher notes than the average tenor. Countertenors sing higher than any other male voice.

There are also trebles, who are sometimes confused with countertenors. Many times, trebles are young boys or girls who haven’t yet reached puberty. If you weren’t looking, you would think their singing voice came from a woman. They sing from A3 to A5, similar to a mezzo-soprano.

However, some can sing either below or above this register. If a woman can sing lower, she is a rare voice type known as a contralto. These ladies can hit notes similar to male tenor singers (with a vocal range between D3 and B5. If a contralto extends her voice clear up to C6, she’s known as a soprano affogato. The sub-categories are rarer, though).

The alto is similar to the next voice type (mezzo-sopranos) as well. But an alto’s voice is more vibrant and fuller sounding when singing in a low register, unlike mezzo-sopranos.

The next female voice type, mezzo-soprano is the middle range for women and can overlap with alto or sopranos and contraltos, but they typically sing most comfortably between A3 and A5. Expect notes lower or higher at times, at around F3 or C6. Again, it’s all about where your voice feels the most at ease.

In a choir or group setting, mezzo-sopranos follow the soprano parts unless the song includes a three-way split between the female voices. Mezzo-soprano is the most common female singing voice as well.

The highest female singing voice is a soprano. Some rare soprano singers can reach notes as high as E6. Depending on other elements like timbre, weight, and your voice dexterity, a soprano may split into sub-categories. They include coloratura soprano, soubrette, dramatic spinto, and lyric soprano.

Identified which one you are? Cool.

What next? Well, next you have to figure out which ‘voice type’ you fall into. Your type groups you together with other singers of similar qualities or characteristics, classified by their:

Some voice types share similar notes or characteristics, but they may use a different singing voice to produce the same sound, such as a falsetto vs. middle voice. This is why each singer only fits into a single classification. Even if a person can sing the same notes as another voice type, they may not do it the same way.

We dedicated a whole article to identifying your voice type which you should check out next.