What Do the Foot Pedals on a Piano Do? A Guide for Beginners 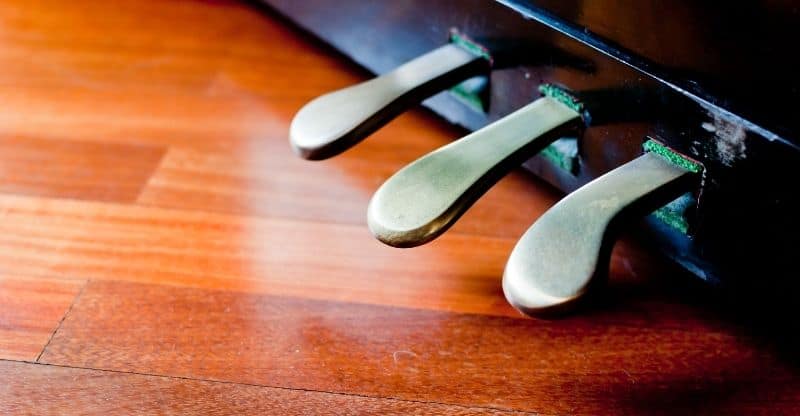 Playing the piano is mostly about what you do with your hands.

But the feet play a part too.

Piano pedals are levers at the base of a piano, operated by the feet, that change the sound of the piano in various ways. They’re one of the least talked about parts of a piano, but knowing how to use them effectively is a must if you want to progress as a pianist.

In this article, we’ll show you what each one does.

In a rush? Here’s the key info:

What do the foot pedals on a piano do? 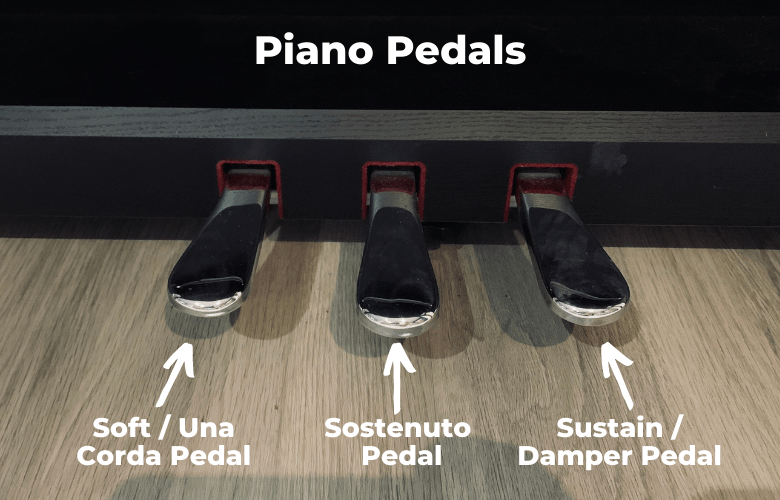 If you want a complete explanation of each, read on.

The Sustain (or ‘Damper’) Pedal 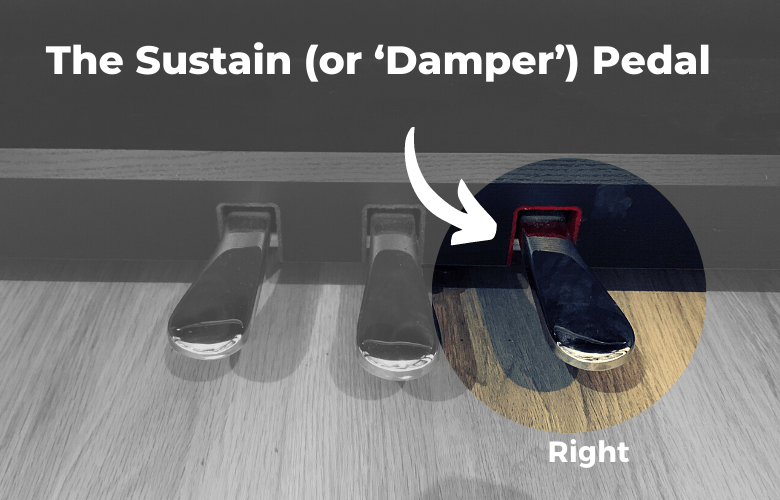 Situated farthest right, the sustain or damper pedal is the most frequently used of all pedals.

If a piano or keyboard only has one pedal, it will be this one, hence the reason why it appears on entry-level keyboards.

What Does it Do?

Well, when you play a piano key normally (without pressing the sustain pedal down), you’ll know the sound stops when the key is released.

Pressing the sustain pedal down makes all the notes continue to ring after keys are released (they sustain).

But it’s not just about lengthening the duration of the ringing. It transforms the timbre of the sound too, making everything sound deeper, warmer, and more lively (it can also make it seem louder).

What is Going on Inside the Piano?

Well, as you probably know, an acoustic piano is actually a combination of a string and percussion instrument.

When you hit a key, a hammer hits the corresponding strings. The moment you release a key (take your finger off) the hammers return to its place, resting on the strings, which causes the note to stop ringing.

Now, when the sustain pedal is pressed the hammer does not return to its resting place on the strings. This causes the strings to keep ringing long after you’ve taken your fingers off. As a result, the extra vibrations create a warm, full, resonant sound.

A damper bar also sits on the rest of the strings to keep any unplayed strings from resonating (a phenomenon known as sympathetic resonance).

So, When and Why Should You Use It?

It’s no exaggeration to say that most pieces of piano music use it in some shape or fashion.

It helps you create a fluid and connected sound as you move your hands up and down the keyboard. Without it, it’s much harder to sound fluid and you will likely sound choppy and disconnected. If you’re a violinist, you have a bow to keep your sound connected. With piano, you have the sustain pedal.

Master pianist Artur Rubinstein said of it “The more I play, the more I am convinced the pedal is the soul of the pianoforte!”.

It can be overused though.

The brilliant Charles Debussy said of it “….abusing the pedal is only a means of covering up a lack of technique, and that making a lot of noise is a way to drown the music you’re slaughtering!” 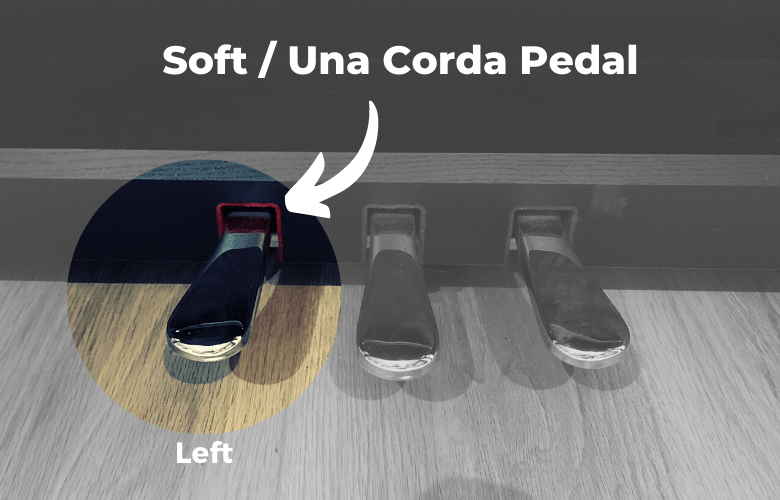 The leftmost pedal is the soft or ‘Una Corda’ pedal which, as the name suggests, makes the piano softer.

It does this by reducing the number of strings the hammer strikes.

Most strings on an acoustic piano have three corresponding strings that are all struck when a key is pressed.

On a grand piano, when you push the pedal down you all the keys move slightly to the right, moving the action over slightly so that only two out of the three strings are struck by the hammers.

Back in the day, only one string was struck (hence the name ‘Una Corda’ meaning ‘one string’) but these days it’s typically two that are struck. 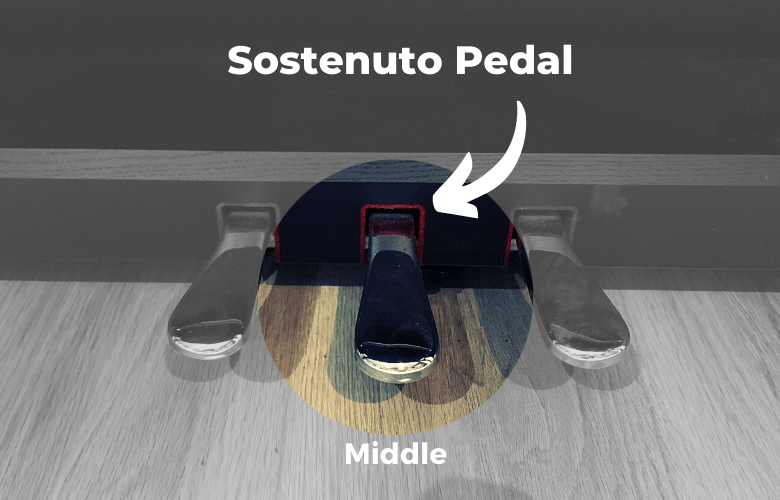 The middle pedal is a bit trickier to classify, as its function varies from piano to piano (if it exists at all, as many pianos only have two pedals and omit a middle pedal altogether).

If the middle pedal in question is on a grand piano, it will be a sostenuto pedal. Its functions like the sustain pedal but it will only sustain the selected notes played when it’s pressed. Notes you play after will not sustain.

On an upright piano, the middle pedal is often a practice pedal (or a ‘celeste pedal’) letting you practice with less volume (it locks into place, you don’t need to keep it pressed down). With uprights, you sometimes find the middle pedal is a bass sustain pedal that only sustains the lower notes.

So, there you have it.

Remember not to overuse the sustain pedal, or you’ll create a muddy sound. In particular, avoid it during chord changes or when you’re playing a melody with neighboring notes.

Also, try the legato pedaling technique to lighten the effect.