What Key is This Song In? How to Find a Song’s Key From Its Chords 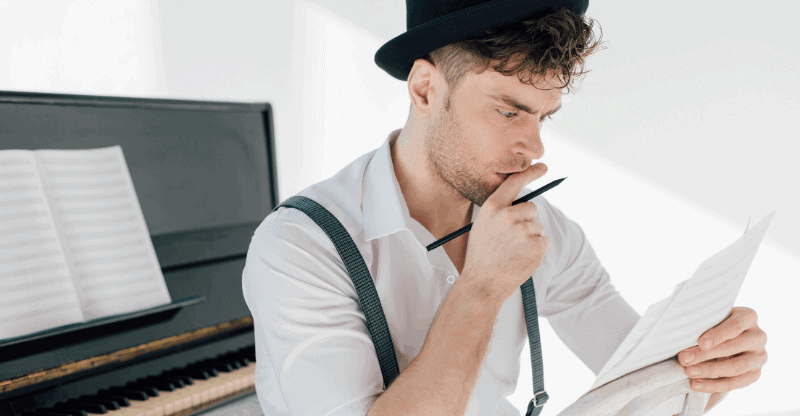 We’ve all been there. You’re jamming with friends, and it’s your turn to solo. You start playing and, yeah, let’s forget about what came next.

You feel too embarrassed to ask the guys ‘bro, what key is this song in?’, so you soldier on, frustrated.

So how do you work out it?

Use the Circle of Fifths

The circle of fifths looks a bit like a clock and shows the relationship between the 12 major and minor keys. We dedicated a whole lesson to using it (check out our guide to the circle of fifths here), but for the purposes of identifying what key you’re in, it’s quite handy too.

In any given key, there are 6 diatonic chords, and the Circle lets us find them easily. Take a look: 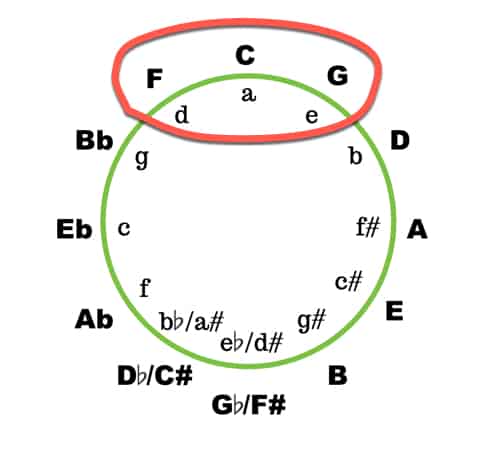 These are the six diatonic chords in the key of C major. They go like this:

Now, take a chord progression you want to know the key for, and bearing in mind you know the six diatonic chords, here are some ways to deduct the actual key you’re in.

First, look at the first or last chord. Often you’ll find it indicates the key right off the bat, but not always so don’t jump to any conclusions. However, if the first and last chord of the song is the same, that’s a good indicator of the key.

Secondly, look to see if a major and relative minor of the same key are both in the progression. If it has both C major and A minor for example, then you can bet your bottom dollar it’s in C major.

Finally, look at the other chords in the song. Do they all fit into the diatonic chords? If so, that’s another rock-solid indicator of the key. Beware, often songs throw in a random chord to give the tune some personality. In fact, many songs are distinctive because of this wayward note (think the G# in Smoke in the Water, da da da, da da DA da).

Looking for a Dominant 7th Chord

If the song has only one dominant 7th chord, that’s usually a giveaway too. Find the chord on the Circle (let’s say the song has an A7 chord), and go one step anti-clockwise. That is your key (in this case, you’re in D major). 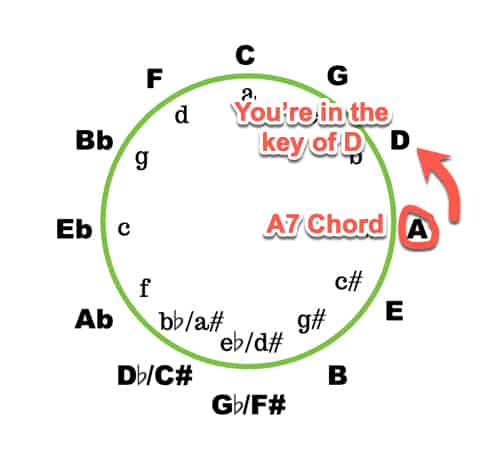 So there you have it, three quite different ways to work out the key you’re in.

Remember, many tunes (especially jazz tunes) are modulated (they have key changes) so you’ll often be playing through different keys in the same tune.