Where to Find a Hurdy Gurdy for Sale – Buyers Guide & Recommendations 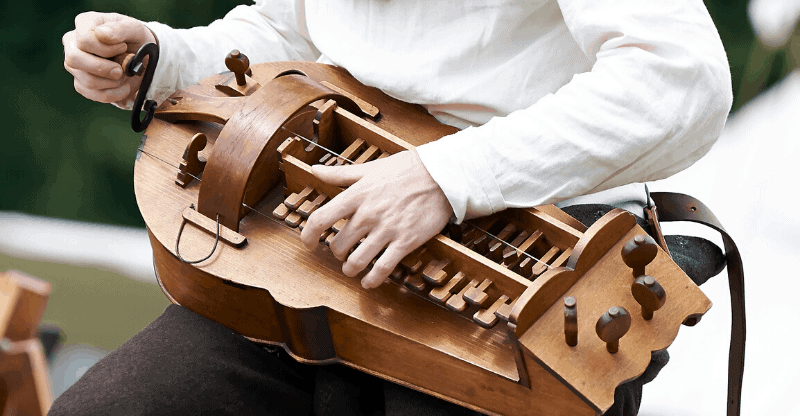 The hurdy gurdy is one of those instruments that most people will have heard of (possibly thanks to Donavan’s 60s classic Hurdy Gurdy Man), but few will know anything about, and even fewer will know where to buy one!

In this article, we’re going to give you a few pointers on where to buy a hurdy gurdy and also some watch-outs, as it’s easy to end up with a piece of garbage if you don’t know what you’re doing.

What is a Hurdy Gurdy?

The historical hurdy-gurdy is a mechanical kind of fiddle that creates an ‘eternal’ sound made by the rosined wheel (attached to a handle) rotating along strings by a crank, which, similar to the bagpipe, is accompanied by a humming drone.

How much is a hurdy gurdy? Well put it this way, they are not cheap instruments. It’s not uncommon to spend $2000 or more for a new one – the ‘full monty’ model sold by Altarwind (see below) sells for a whopping $4495.

The reason why they’re so pricey is because of the amount of work and craftsmanship that goes into their construction. These are hand-build pieces of art, not mass-produced shoe boxes. You’ll rarely find one new for under $1000.

If you want a cheap hurdy gurdy you’ll have to go second-hand, but you also increase the risk of ending up with a wall-hanging, not something you’d want to play.

Buying from a reputable maker offers reassurance that the instrument has been professionally built and setup properly.

Buying off a marketplace like eBay is another option, but tread carefully and make sure you seek the advice of an expert before you part your cash. There are lots of inferior instruments knocking about the internet just waiting to be sold to the next bright-eyed hurdy-gurdy enthusiast. Don’t be that person.

Beware of cheap imitations. As they reach such a princely sum, there are many cheap workshops (mainly in eastern Europe and Asia) that make sub-par instruments and pass them off as the real deal.

Unless you know what you’re looking for, you’re better off going with a reputable luthier even if it costs you a bit extra. They’ll appear cheap – in the $800-1,200 range – but they’ll be worth peanuts.

Typically these inferior creations are sold via eBay and other large retail sites, so watch out. Especially if they have ‘plenty of stock’, that should set the alarm bells ringing immediately (good musical instruments are typically not mass-produced!)

Also, look out for the manufacturer’s name. Often the cheap and poorly made ones don’t have a name on them, whereas the best have a reputable name of them.

According to Hurdy Gurdy Weekly you should opt for three of four strings only if you’re just starting out, such as the Hungarian model (that has one or two melody and two drones). The French model has six strings (two melody and four drones) and is not ideal for the beginner.

The buzzing bridge should have a string bridle-type adjustment. If you’re unsure, get someone who knows what they’re doing to check.

Look for a chromatic keyboard, rather than a diatonic keyboard. It’s much easier to learn on.

Consider how important amplification is. If there is any chance you’re going to want to play publicly (and you should!) buy one with a pickup already fitted, it will save you the headache later on.

Want to hang out with other players? It may not be so simple. The hurdy-gurdy community is very small – if you’re looking for a jam, your nearest hurdy-gurdy playing neighbor may be thousands of miles away! That’s one of the reasons why finding a hurdy gurdy for sale is so hard!

Where To Buy a Hurdy Gurdy? 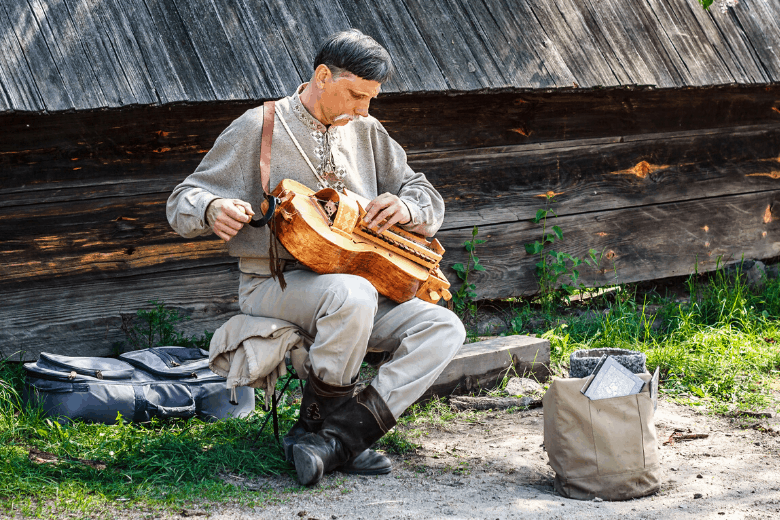 If you want to buy a hurdy-gurdy, you’ll be hard-pressed to find one on Amazon, that’s for sure. They are the prevail of independent instrument makers and as such you have to hunt down the sellers.

While there are some places to buy them second hand (see further down the page) if you’re in the market for a new one, there are options. Below we’ve grouped them by the USA and Europe.

Luthiers in the USA

Where To Find a Used Hurdy Gurdy for Sale

So you want to find a cheap hurdy gurdy? Then you’re best bet is to go second-hand. Here are some places to check out:

Fancy trying to make one yourself? Good one! Building a hurdy gurdy instrument can be a massively rewarding experience, but beware, it will also take a lot of time. It probably won’t save you much money in the long run either, after you’ve had to acquire all the tools you need. But if you’re adamant you want to try, check out either of these two hurdy-gurdy kit makers:

So there you have it. Which option will you choose? If you’re risk-averse, then save up your pennies and go for a new one. You’ll pay considerably more for it, but you’ll have a hurdy gurdy that will last a lifetime.

If budget is an issue, go with a used hurdy gurdy. So long as you have an expert with you, and you trust the seller, then you could pick up a bargain.

Finally, If you’re more ambitious than that and fancy making your own, I salute you. Go buy a DIY kit and pat yourself on the back.

Here are some useful links to other resources:

Now sit back and enjoy: