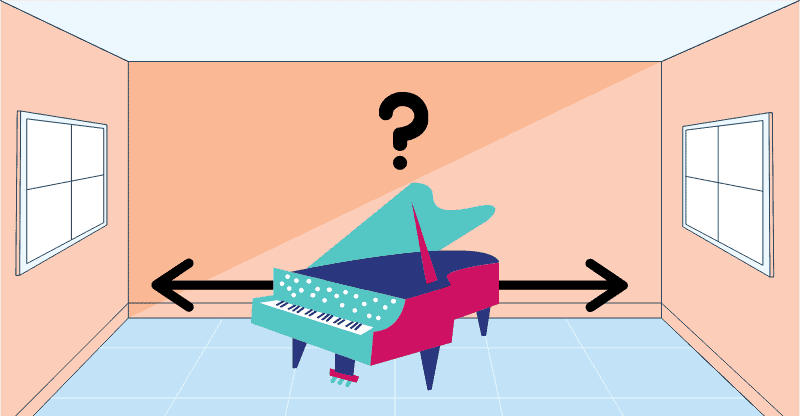 Do you want to keep your piano in tip-top condition and preserve its life expectancy?

I thought so. We all do.

Interestingly enough, where you place your piano not only affects the piano’s structural and mechanical condition but also affects the sound.

So it’s worth getting right!

In this post, we’ll go through some basic rules for correct piano placement in a room. Much of the advice is relevant to both the grands and upright pianos.

Simple Rules for Where to Place Your Piano (Grand or Upright)

Don’t Place it in or Near Direct Sunlight

If any part of where you live is south facing, you’ll know how much heat is generated by direct sunlight blazing through a window.

It can get bloomin’ hot.

While you may love the idea of tapping out your favorite piano songs with the sun beaming on your face, your piano might not be so keen on the idea.

Why not? Well, both inside and outside the piano will unnaturally heat up, which over time will:

These three reasons alone should convince you to keep it in the shade. 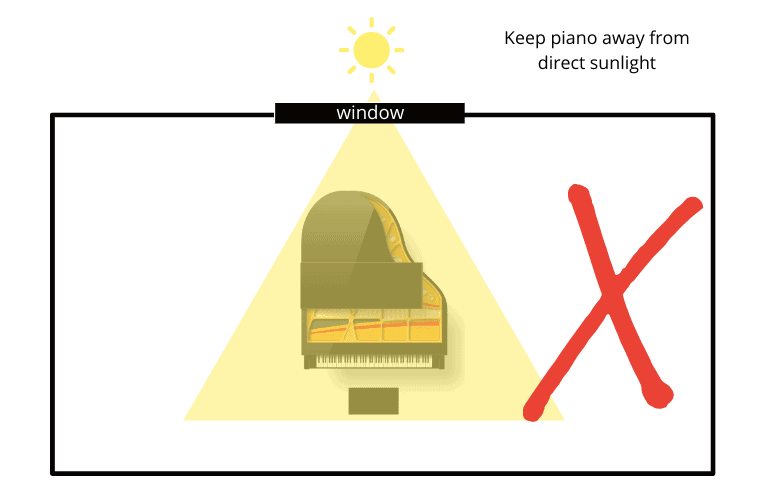 Don’t Place it Near a Window

But I can have it near a window if it’s not in direct sun, right?

Instruments in general – especially the piano – do not take kindly to fluctuations in temperature.

If you’ve read the point above, you’ll know not to position it anywhere near direct sunlight, but equally near a window isn’t great either.

Near a window, it’s susceptible to changes in humidity which causes it to shrink and swell. You won’t notice anything with the naked eye, but it will throw it out of tune and have adverse long time effects on its mechanical condition.

Windows are drafty places, and with drafts come slight changes in temperature which will play havoc with it. Generally speaking, anywhere that’s drafty (window, air vent, etc.) is to be avoided. 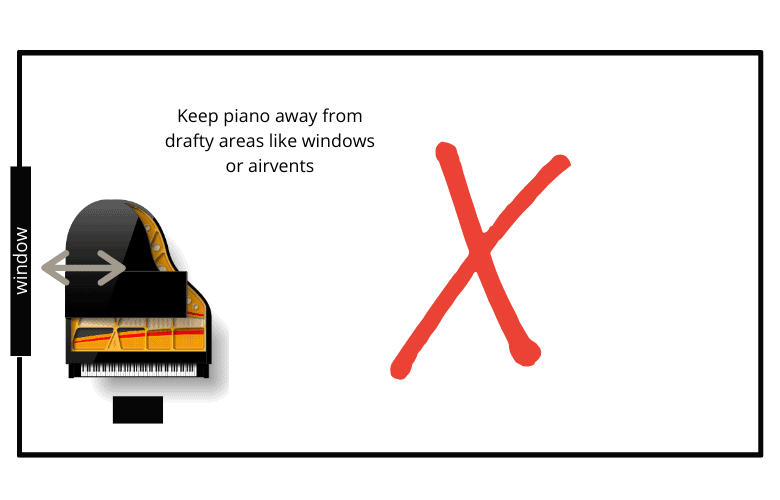 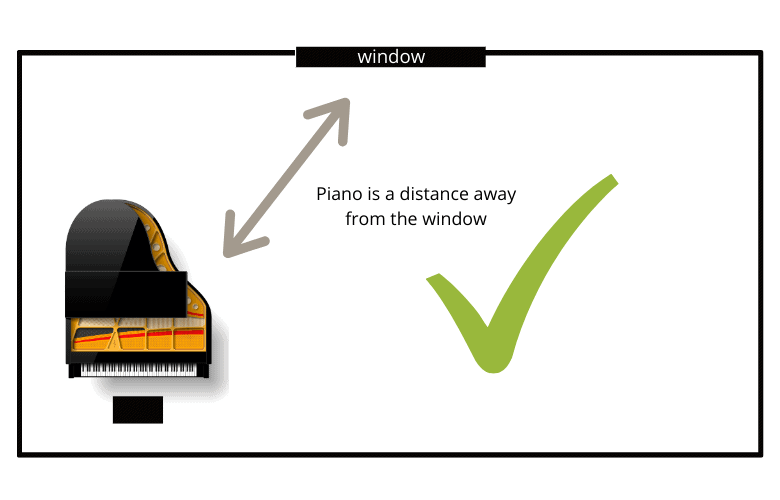 So now temperature considerations are out the way, what are the rules about where ‘physically’ it should go in a room?

The rule of thumb is that grand pianos should have the left ‘straight edge’ (the bass side) placed against an inner wall (so that it runs parallel to the wall) and the treble side (the open lid) pointing into the room.

Why? It helps the treble frequencies to project clearly into the room, and the low-frequency sound (the bass) to bounce off the wall and back into the room.

If you position it the other way around (so the treble bounces off the wall rather than the bass) you won’t get the optimal sound. For a clear sound, the treble must be able to carry and project into the center of the room. 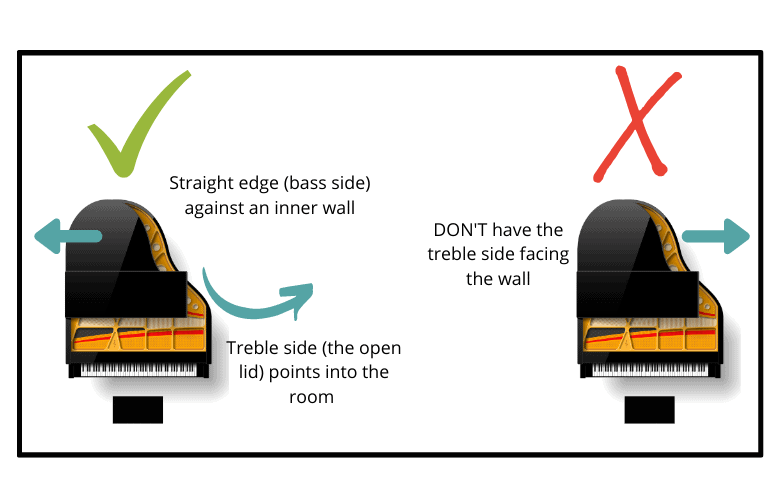 Positioning an upright piano is a lot more straightforward and most you see are up against a wall. Ideally, this is an internal wall (not an external wall) as that helps project the sound.

All the same ‘don’ts’ apply (avoid direct sunlight and drafty spots near windows).

As for position, as a lot of the sound comes from the back of the piano, if space permits, you can also have it pointing into the room too. It will definitely be more audible this way for anyone sat in the room.

Generally speaking, to avoid premature structural issues and tuning instability, the lesser the air flow around the piano, the better.

Of course, sometimes it’s unavoidable. Pianos, especially grand pianos, are large cumbersome things and sometimes there’s only one spot in your house where it will go. If this is the case, you can get hold of heat-blocking window film which will help reduce the impact of direct sunlight, insulation and vent covers for drafty windows and doors, and even climate control systems.