Guitar Scale Length – What it is, How to Measure it, and Why it Matters 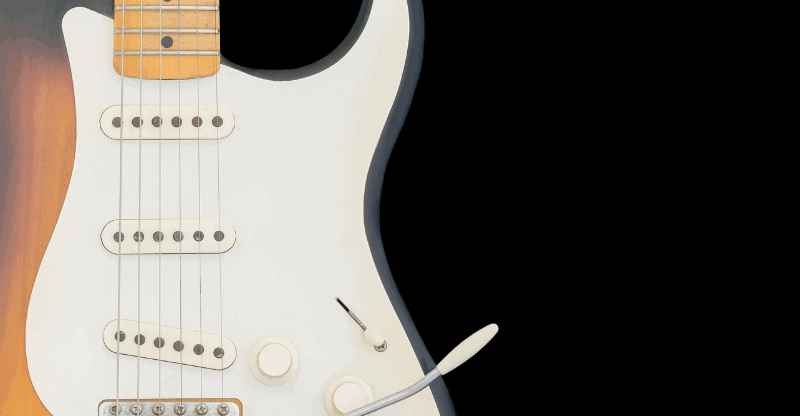 What are the typical things you consider when buying a guitar? Body shape, color, neck shape, pickups? A ton of things right.

But what if I told you that scale length has just as big an impact on the tone and playability as many of the above. Well, it’s true! It turns out scale length – whether it’s a long scale or short scale – plays a big part.

In this article, we’re going to explain what scale length is, how you measure it, the main differences between long and scale guitars, and finally, scale length by manufacturers (because they differ from guitar maker to maker).

Sound good? Great, let’s get to it then.

What is Scale Length?

‘Scale length’ is a term used to refer to the length of the freely vibrating section of any open string on a guitar, from the nut to the saddle on the bridge.

This is how you measure it (see below)… 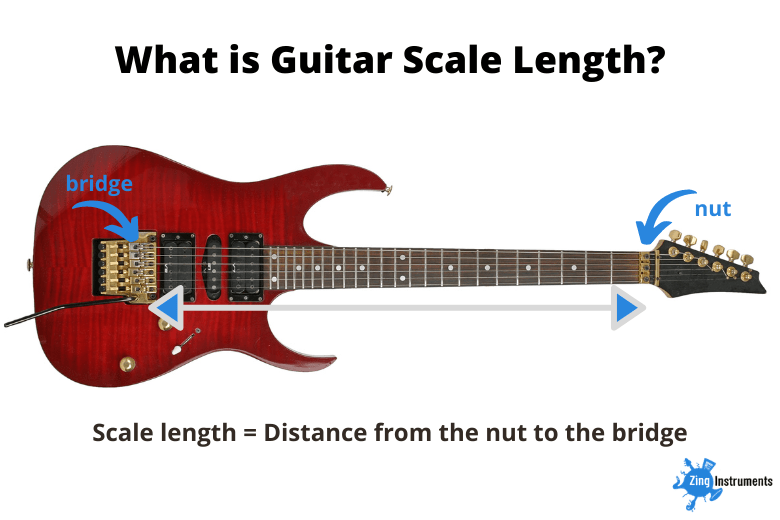 So based on the above, you’d think you simply need to take out a measuring tape and measure from the nut to bridge, right? Wrong!

Well, you can if your saddle is dead straight (like with a classical guitar) but as nearly all electric guitars have adjustable saddles (that let you vary string length string by string) and acoustic guitars have compensated, slanted bridges, you can’t measure it this way.

Look at the two guitars below. On the acoustic guitar, the bridge is slanted which means each string has a slightly different length. That means you can’t just measure from the nut to the saddle, as each string will be a different length! Similarly, electric guitars have adjustable saddles allowing for individual string adjustment. 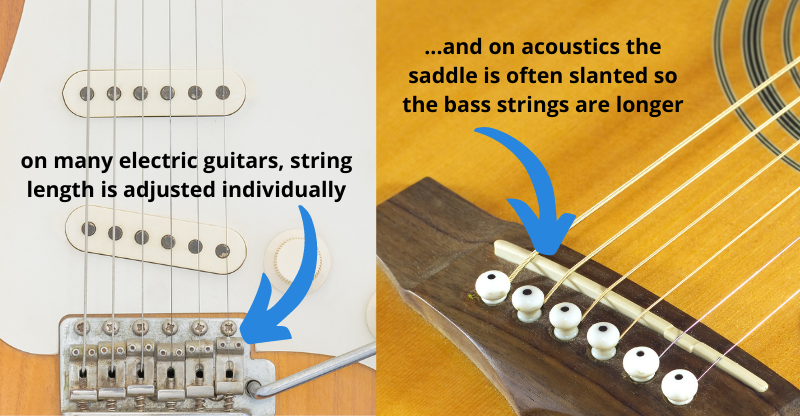 If you can see on the acoustic guitar, the saddle is seated at an angle to allow for some compensation for intonation. The wound bass strings (bottom E, A, D, and G strings) have more length to compensate for the additional mass of the strings.

This is why scale length is more accurately calculated as twice the distance from the inside edge of the nut to the middle of the 12th fret, as you can see below… 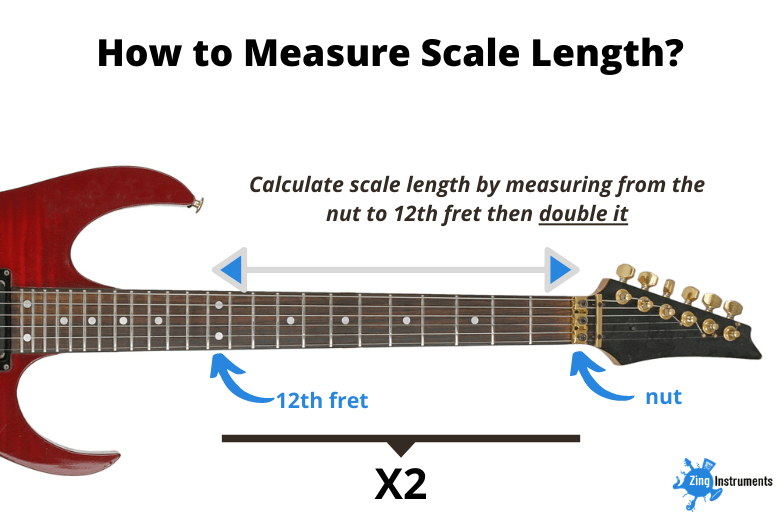 This is because the 12 fret position on any guitar is the exact halfway point of the entire scale, that’s where you get your octave.

Guitars are deemed as either having a long scale or a short scale based on the length, which as we’ll see plays a surprisingly significant role in the overall playability of the guitar.

As we mentioned in the introduction, a guitar’s scale length plays a big part in its overall playability.

Why is that? Well, generally speaking, guitars with a shorter scale needs less tension to bring the strings to pitch, so short-scale guitars are generally considered slightly easier to play.

As a long scale guitar needs more tension in the strings to bring it to pitch, it’s tougher on the fretting hand to work with. It’s not all about comfort, though.

One of the most obvious aspects of scale length is its impact on fret spacing.

With the reduced space, the fret spacing on short-scale guitars is closer together – but contrary to what many people mistakenly think, it doesn’t necessarily mean there are fewer frets. The number of frets can be the same, even on a short-scale guitar.

The reduced spacing can benefit players with narrow or short fingers, whereas if you have thick or long fingers you’ll want that bit extra space that a long scale will give you.

As a long scale guitar needs more tension in the strings to bring it to pitch, it’s more responsive with better articulation and note-to-note separation.

However, the short-scale tends to emphasize the mid-range a bit better. The long scale guitar also tends to have more volume, especially strumming.

Guitars with a smaller scale length make it easier to perform techniques such as bends.

A guitar with a 27” scale will be considerably harder to play perform bends with than a Gibson Les Paul with a 24.75″ scale, for example (assuming they’re both using the same gauge strings).

A long scale guitar can sometimes lend itself more to flatpicking (i.e. playing with a pick) 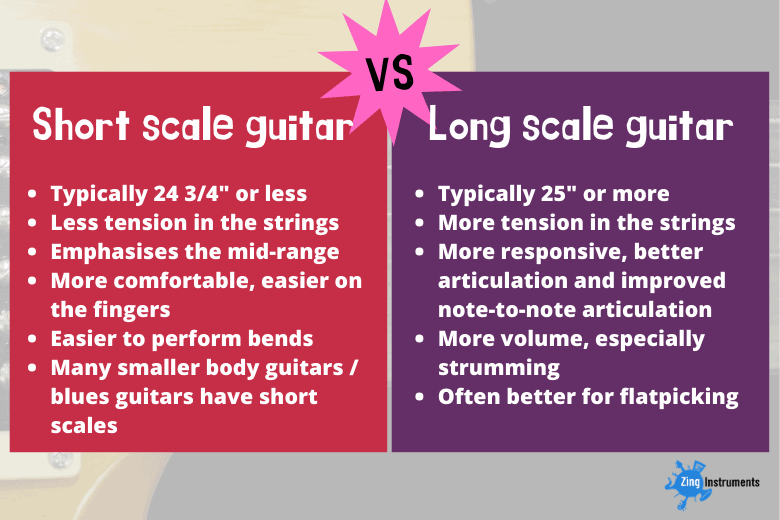 Here’s a good video comparing two Martin D-18sguitars side by side, one with a short scale and the other with a standard 25.5” one:

Gibson’s scale length is typically short and has always been around the 24″ mark (though it has varied slightly over the years).

Fender has always pretty much stuck to 25.5″, which is considered a long scale length.

If your guitar has a dead straight saddle like you sometimes find on a classical guitar, then you can just measure the whole distance, but in the majority of cases, you’re better of doing what we’ve shown you.