21 Best Songs about Winning to Help Celebrate Your Victory 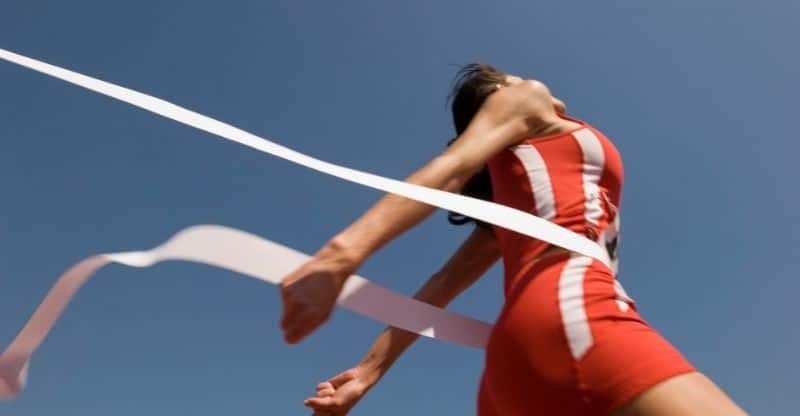 No matter how big your achievement is, you deserve to celebrate.

If you’ve just won something or you simply need a little motivation, you came to the right place. Here’s a playlist of songs about winning and that sweet smell of victory. Enjoy, and well done!

Super Bowl LII was just around the corner, and people needed something that’d lift everyone’s spirits. Now, what better way to do that than through music?

In 2018, Carrie Underwood’s ‘The Champion’ became a huge hit and an inspiring anthem for many. The song is all about celebrating victories, and it’s a good ego booster, too. Many used it for the 2018 Winter Olympics as well, and it stayed as a regular song in various competitions.

We are the Champions – Queen

When you first read the title of the article, this was the first song that popped up in your mind, wasn’t it? Well, for us it definitely was, and for a good reason, too.

How could we not include this 1977 Queen classic? The song became an anthem for winners all over the world. It’s all about feeling good, learning from your mistakes, and fighting for victory. This powerful hit is sure to make you feel like you’re on top of the world.

In today’s world, girls often feel marginalized and put down. That’s why it’s important for them to show how strong, determined, and fearless they really are – and we’ve got a perfect song for that.

Alicia Keys’ 2012 hit, ‘Girl on Fire,’ is all about women’s empowerment. The girl in the song is fighting for her future and her dreams, and there’s nothing that could stop her. She’s on fire, and she’s burning down the walls around her.

Winning often takes great effort and time, but it all pays off in the end. In Bob Dylan’s ‘Paths of Victory,’ he shows us how it really is.

The song shows us that winning is never easy, but how good it feels once you do, especially if the odds were against you. In the end, the best kind of reward is walking tall, knowing you beat the odds with your hard work.

‘Lose Yourself’ was featured in Eminem’s first movie, ‘8 Mile’. It’s written from the point of the main character from the film and his struggles to climb to the top. The song won a Grammy, and it was the first rap song to win an Oscar, living up to the track’s theme.

If you’re looking for an empowerment anthem to get you into that winning mindset, we’ve got you covered.

In 2016, Sia released her single, ‘Unstoppable,’ which is all about empowerment and resilience. The song’s lyrics will make you feel ready to face the world despite all the difficulties you’ve gone through. Sia encourages you to put on your armor, wipe away your tears, and show the world how strong you are.

Sometimes, surviving a difficult situation makes you the biggest winner – and you should be proud of your victory, no matter how small it might seem to others.

‘Survivor’ is one of Destiny’s Child’s biggest hits, and it defined their career. Their success brought a lot of negativity, which inspired Beyonce to write this song. The song shows us the importance of standing tall despite people trying to put you down, and its success serves as proof.

On Top Of The World – Imagine Dragons

What better way to celebrate a victory than with a cheerful and uplifting song that’s all about appreciating your success. In their 2012 hit, Imagine Dragons remind us to stay humble and enjoy our victories.

‘On Top of the World’ encourages us to cherish our triumphs and never take them for granted. Sometimes, the most empowering feeling is being humble when it is expected of you not to be.

Hall of Fame – The Script

The only person in control of your destiny is you, so make sure you know your worth and never put yourself down. We’ve got a song that will help you with that.

‘Hall of Fame’ is sure to make you feel inspired and motivated, and it will instill in you a great amount of confidence – which is essential for every winner out there. The message is simple: you are as great as you imagine yourself to be.

If you’d like to see yourself as a winner, make sure you know one thing: giving up is never an option. In ‘Try Everything,’ Shakira shows us how important persistence is.

This song tells us how important it is not to be afraid of failure. Working hard and not giving up is the most important thing, no matter how complex the challenge you’re facing. Definitely a mood lifter.

Ain’t No Stopping Us Now – McFadden and Whitehead

An upbeat song that will lift your energy and motivate you is the perfect addition to our playlist, and this song is sure to make you feel that way.

Winning and reaching your goals means you have to push yourself. The road to success is covered with thorns, people say, and this song will encourage you and pump you up to crush every obstacle in your way.

The Greatest Man That Ever Lived – Weezer

Everyone deserves to feel like they’re the greatest person that walked this Earth from time to time. If you’re looking for a song that will make you feel that way, you came to the right place.

The song stays true to its title, and it emphasizes the importance of staying true to yourself because, in the end, that’s what makes you stand out from the crowd. A perfect song for winners who never change.

Victories will make you feel all sorts of things, and rarely are they bad ones. This song is a good self-confidence boost, something we all need from time to time.

Success means you never gave up, no matter how hard it got, so you deserve to feel good about it. With his 2012 hit, Flo Rida will make you feel powerful, strong, and lucky – and what else could we possibly need?

The Boxer – Simon and Garfunkel

Success requires a lot of sacrifices, fights, and hardship. You must not be discouraged by your beginnings because the bottom is the only place you can start from.

One of Paul Simon’s masterpieces, ‘The Boxer’ will make almost everyone feel inspired. It tells the stories of two people fighting for their dreams and struggling on their way to the top. Such a journey often makes us want to give up and go back to our beginnings.

Once you reach the top, you will look back to everything you’ve been through, all the suffering, bruising and small sacrifices you’ve made. That’s when victory becomes the sweetest.

Elton John celebrates his battle scars in this 1983 hit and makes sure he tells the world he’s still standing tall. This song will inspire you to never give those who hurt you the satisfaction of seeing you struggle.

Achieving your goals means taking chances and risks you wouldn’t normally take. Believing in yourself is the key to success, and what better way to test your trust than taking risks.

This Springsteen classic is all about the chances you get through life and how taking those chances shapes your future. Stepping out of your shell means truly living your life, and you can’t win if you’re stuck in one place.

Winner Takes it All – Abba

Imagine being in a world-famous band with your spouse and then deciding to get a divorce. What else could you do than write a song about it?

One of the most famous ABBA songs, ‘The Winner Takes it All,’ is an interesting take on a classic theme of breakup. The winner, in the case of this timeless hit, is the narrator’s ex, who moved on while she’s still trying to recover from their breakup.

Let’s celebrate all of your victories with a classic dance hit. Your small triumphs may not seem big to others, but they shouldn’t be any less important to you.

‘Nothing’s Gonna Stop Us Now’ celebrates the success of love despite those who doubted it. It shows the importance of having someone you can achieve your goals with – someone who will be by your side and make you unstoppable.

Breaking out of your shell is never easy, and it’s always good to have some encouragement when you start your journey. This pop song is made for all of you going through a similar situation.

This 2013 hit celebrates fighting against everything that’s standing in your way or holding you back. It encourages you to be aware of your worth, not settle for less than you deserve, and break out of the ropes holding you down.

When something big happens, one of the most important things is remembering to live in that moment before it becomes a memory.

Once it finally happens, after years of hard work, victory seems like a dream. This song reminds you to savor the moment once you achieve your goals. Moments don’t last forever, so remind yourself to be present next time something noteworthy happens – your future self will thank you.

Being on your journey of success means you’ll have to deal with a lot of negativity from the people who simply want to see you fail. In her 2014 hit, Taylor Swift teaches you how to deal with that kind of energy.

One song that will be stuck in your head the whole day, ‘Shake It Off,’ is all about not caring what haters have to say. If anyone knows what’s it like to deal with hate, it’s Swift, so what better person to take advice from?

More songs about winning (in case you needed more!):