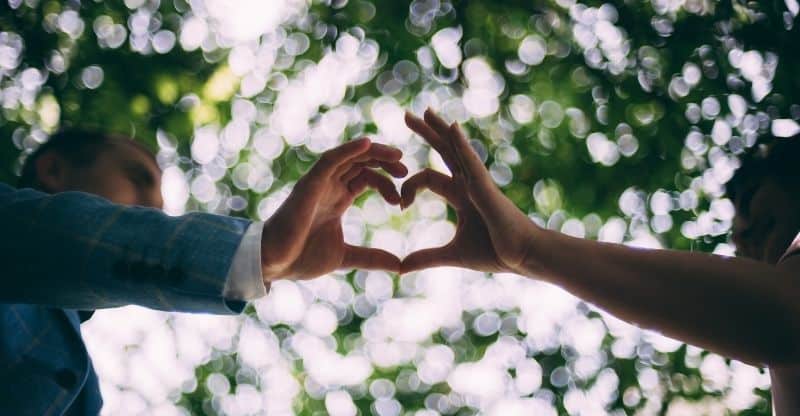 Some of the best love songs were written several years ago. Unfortunately, trying to find them can prove a little tricky, so here’s a list of the best old love songs from yesteryear (they’re primarily from the ’50s and ’60s).

Each song is a classic in its own right that has stood the test of time. Many will be songs your parents or grandparents would have grown up listening to (and who knows, maybe you wouldn’t be here today reading this if it wasn’t for one of these songs ;-)).

So, without further ado, here are the best golden oldies about being utterly besotted about someone. Many are (understandably) popular at weddings for adding a bit of ‘retro charm’, or for any other situation when you want to add a touch of romance.

‘Fly Me to The Moon’ – Frank Sinatra

Here’s one of the best old songs about the moon from Old Blue Eyes, Frank Sinatra. He’s so in love, he’s as high as the moon.

“Fly me to the moon, let me play among the stars.”

This classic love song was originally the theme for Unchained, a movie set in a prison. However, it had a resurgence in the ’90s when it appeared in a pivotal scene in the movie Ghost, starring Patrick Swayze.

“Oh, my love, my darling, I’ve hungered, hungered for your touch.”

This dreamy love song was inspired by the gospel hymn ‘I’ll Be Alright,’ one of Holly’s favorites. Plenty of people (e.g., Ricky Nelson, Cliff Richard) have covered it since he tragically died in 1959, but none quite match the magic of this original version.

“And we’ll know why, just you and I, know true love ways.”

‘Dream is a Little Dream of Me’ – Louis Armstrong Feat. Ella Fitzgerald

This dreamy love song has been covered by just about everyone (including Nat King Cole and Bing Crosby), but this version by Louis Armstrong and Ella Fitzgerald takes some beating.

“Birds singing in the sycamore tree, dream a little dream of me.”

‘My Baby Just Cares for Me’ – Nina Simone

This standard, written for the musical comedy Whoopee! in the ’30s, was performed by Eddie Cantor, but this Nina Simone version became definitive. It also had a resurgence in 1987 when it appeared in a Chanel No. 5 advert.

“My baby don’t care who knows, my baby just cares for me.”

‘I Want to Walk You Home’ – Fats Domino

‘I Want to Walk You Home’ was sadly the last of Domino’s songs to hit number one on the R&B chart in 1959. It’s a song about walking your girlfriend home, and eventually, walking her down the aisle (marry her).

“I wish I was the lucky guy who could walk you right on down the aisle.”

‘Be My Baby’ – The Ronettes

Another song with ‘baby’ in the title, here’s ‘Be My Baby’ by the American girl group The Ronettes. Produced by maverick Phil Spector, it’s a brilliant example of his ‘Wall of Sound’ production technique.

Filmmaker Martin Scorsese used it in the opening credits of his movie Mean Streets, and The Beach Boys’ Brian Wilson called it the greatest pop record ever made. Enough said.

“For every kiss you give me, I’ll give you three.”

‘God Only Knows’ – The Beach Boys

Brian Wilson also had a knack for penning some memorable love songs, and ‘God Only Knows’ is considered one of his finest. As far as romantic love songs go, this one is right up there.

“God only knows what I’d be without you.”

With its strong backbeat and catchy hook (“mercy”), this classic was the pinnacle of Orbison’s career, selling over seven million records. It also got a resurgence in the early ’90s, thanks to the hit romantic comedy, Pretty Woman, starring Richard Gere and Julia Roberts.

“Pretty woman, walkin’ down the street, pretty woman the kind I like to meet.”

Here’s a timeless love song from The King. Falling in love with this girl is as inevitable as the river flowing to the sea.

“Some things are meant to be,” Presley sings.

‘Hallelujah I Love Her So’ – Ray Charles

‘Hallelujah I Love Her So’ celebrates the joyous feeling of falling in love and appeared on Charles’ self-titled debut LP.

The Beatles also covered it in the early days (with Paul on lead vocals), and a version appears on their ‘Live! at the Star-Club in Hamburg, Germany’ album.

“Let me tell you ’bout a girl I know, she is my baby and she lives next door.”

No list of old love songs would be complete without this classic. With the rabble-pleasing “I love you baby” line (that Robert De Niro and Christoper Walken deliver so brilliantly in The Deer Hunter movie), it’s a song that’s made for singing along to.

It was a huge hit for Frankie Valli and The Four Seasons. Andy Williams also had a hit with it in the UK.

“You’re just too good to be true, can’t take my eyes off of you.”

With a slowed-down Latin dance rhythm, this was penned by Bobby Darin and is about a guy fed up with being alone. He wants a “hand that I can hold, to feel you near as I grow old.”

Until he meets her in real life, all he can do is “go to sleep and dream again.”

‘Beyond the Sea’ – Bobby Darin

Time for a Darin double bill! This popular song about the sea was a translation of the French song ‘La Mer’ by Charles Trenet. With its ‘Vegas’-style instrumentation (of the style Elvis Presley and Frank Sinatra both used), it’s been covered by many people, including Rod Stewart and Robbie Williams.

“My lover stands on golden sands.”

‘When a Man Loves a Woman’ – Percy Sledge

‘When a Man Loves a Woman’ by Percy Sledge is another timeless love song that was an instant standard on its release.

It’s been covered more times than you can shake a stick at (check out this Rolling Stone article which explores ten interesting covers of it).

“When a man loves a woman, can’t keep his mind on nothin’ else.”

‘The Very Thought of You’ – Billie Holiday

Here’s a song by Lady Day (the nickname given to her by Lester Young). In her short but tragic life, Holiday had a massive influence on jazz and pop singing and is considered one of the best jazz vocalists of all time.

In this gorgeous love song, she’s crazy for her man (“I see your face in every flower, your eyes in stars above”) and consumed by “the very thought of you.”

‘At Last’ was Etta James’ signature song and celebrates ‘the happy ending.’

Its stunning vocals and sweeping orchestration make it a popular wedding song, too. Beyoncé also sang it for Barack Obama’s first dance with his wife Michelle on his inauguration as American president.

“At last my love has come along, my lonely days are over and life is like a song, oh yeah.”

‘My Girl’ – The Temptations

This was the first of four number one hit for The Temptations in the US and helped to put them on the map. It opens with the classic line, “I’ve got sunshine on a cloudy day” (using both sunshine and clouds metaphorically).

It’s also one of the most popular songs with the word ‘girl’ in the title.

It’s no surprise to see a Stevie Wonder track find its way onto this list (he wrote several we could add here.) Here’s one of his best about asking for forgiveness. “Like a fool I went and stayed too long” (he’s probably cheated on her) and now wants her back (he’s “signed, sealed, delivered.“)

“I could be a broken man but here I am.”

It’s hard not to be bowled over by this sweet song about life and love. There is no one as good as you, the narrator admits.

“Of all these friends and lovers, there is no one that compares with you.”

‘That’s How Strong My Love Is’ – Otis Redding

A list of golden oldies has to include ‘That’s How Strong My Love Is’ by the great Otis Reddings. It’s one of the best love songs of all time, recorded at Stax Records in Memphis with the superb house band Booker T & The MG’s.

The Stones also did a good version in 1965 (so good that Otis Redding returned the favor and recorded a version of ‘(I Can’t Get No) Satisfaction).

Written by legendary Motown songwriting trio Holland-Dozier-Holland, here’s an outpouring of absolute devotion for a girl by the inimitable Marvin Gaye. Being loved by this girl is “like sugar to my soul,” he sings.

James Taylor also did a good cover of this song in 1975.