9 Best Songs About Letting Go of Someone You Love 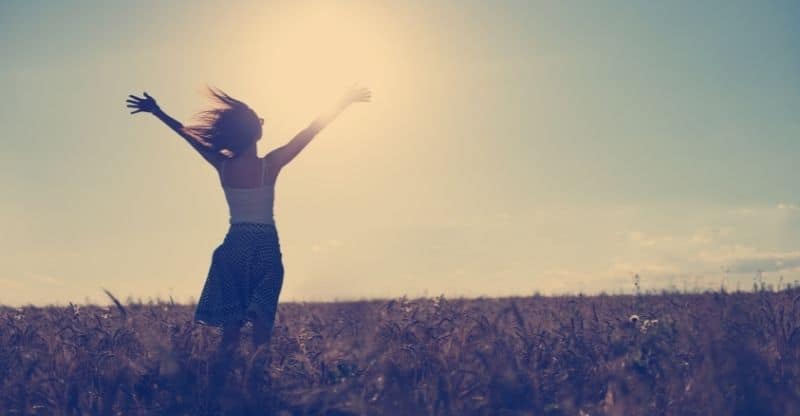 One of the hardest things is letting go of someone you still care for.

That ‘letting go’ could be quitting a relationship with someone (even though you still love them).

It could be letting go of a child (letting them discover the world for themselves.)

It could be letting go of someone who’s passed away.

Or – as we hear in Sting’s marvelous ‘If You Love Somebody Set Them Free’ – could be letting someone be free to be themselves.

Let’s check them out, shall we? Here are the best songs about letting go of someone you love.

In this superb breakup ballad, the two singers still love each other but recognize the best thing is to part company. It’s a painful decision but goes to show that you can still love someone but realize you’d both be better off apart.

The amazing video shows the pair of them in a city that gets turned on its head, a metaphor for how they feel.

‘If You Love Somebody Set Them Free’ – Sting

This classic number by Sting is all about letting go of (“setting free”) your loved one.

In his book Lyrics By Sting, he says “Perhaps the highest compliment you can pay to a partner is ‘I don’t own you – you’re free.'”

The idea here is that if you truly love someone, you won’t stand in their way. Even if it isn’t what you want. Allowing the people you love to make their own choices, regardless of how you feel about them.

He also includes the contradictory (but brilliant, when you think about it) line: “If you want to keep something precious, you got to lock it up and throw away the key.”

Here’s a breakup song about parting ways with someone who you still love, but you know there’s no future together. We don’t find out the reason behind the change of heart, but he admits, “you have been the one for me.”

It’s a great song about moving on even though it hurts.

People often think this is a song about death, but Blunt has confirmed the woman the song is about is very much alive. That doesn’t stop it being a popular song choice for funerals.

You know that classic Joni Mitchell song about greed, ‘Big Yellow Taxi’? You know, the line when she sings “you don’t know what you’ve got till it’s gone”?

Well, that applies here, one of the most beautiful songs on the list.

In the song’s powerful lyrics, the narrator doesn’t know how good he’s had it with a girl until she’s gone. Taking someone for granted is something we can all relate to.

They say that whenever you’ve loved someone in your life, there’s always a place in your heart for them, however long ago it was.

In this song about moving on, Sparks realizes “nothing is broken” and there’s “no need to worry ’bout everything I’ve done.” But “you’re still a part of everything I do, you’re on my heart just like a tattoo.”

‘The Last Time’ – The Script

In this song, the narrator suspects something is wrong, “I know you only ever bite your lip, when it’s something you’re afraid to say.” The news, one suspects, is that she’s leaving him.

With a broken heart, he still can’t believe it’s over, “you said that it would last, but how come it’s the last time?”

‘I Will Always Love You’ – Whitney Houston

Written and sung by Dolly Parton in 1974, ‘I Will Always Love You’ was a massive hit for Whitney Houston in the ’80s. She knows they’re not right together, but she will always love him.

It’s also one of those classic karaoke songs that people (usually women) love to belt out. Just take your earplugs!

‘There You’ll Be’ – Faith Hill

Sometimes you just have to be thankful for having someone in your life.

Things might not have turned out as you’d hoped (“the dreams we left behind”), but that person will never be forgotten and the impact they had on your life will always be felt.

Here’s one of the most famous breakup songs. Singer Gwen Stefani is devasted her partner and best friend is leaving (the lyrics are about the end of her relationship with bassist, Tony Kanal.)

He explains to her all the reasons why splitting up is the right thing to do. “I know what you’re thinking, I don’t need your reasons” she sings. “Don’t tell me ’cause it hurts.”

This James Bay tune is about two people changing while they’re in a relationship and accepting that their time may be up (“when we’re becoming something else, I think it’s time to walk away”.)

‘You Go Your Way’ – Alan Jackson

Here’s a song about the end of a broken relationship. Her “pretty bags are packed,” and all that talk of “forever” never quite panned out.

“It ain’t about who’s right or wrong, love dies and life goes on” he asserts. “You go your way, c’est la vie sweet baby.” With a bourbon in his hand, he toasts “to me and here’s to the moon” and “to love that ends too soon.”