21 Songs about Exes (Dealing With Your Ex Boyfriend or Girlfriend) 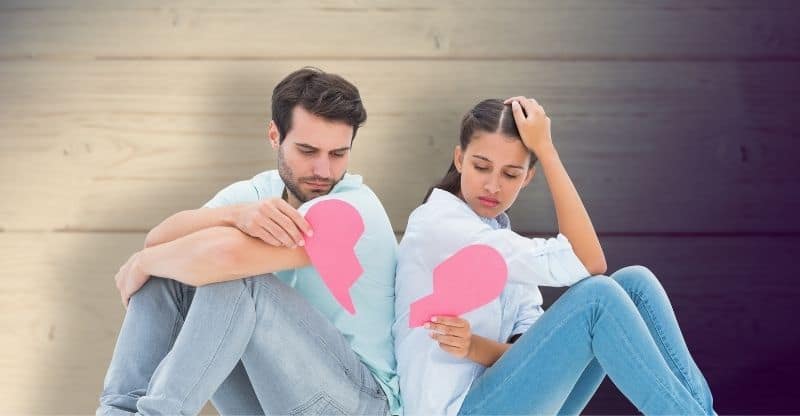 Working through feelings for an ex – whether positive or negative – can be difficult for even the strongest of people. Sometimes, music is the one thing that can help you sort out your conflicting feelings and the dramas that arise in the aftermath of a breakup.

The following songs about exes capture all of those feelings in especially effective ways.

Shout Out To My Ex – Little Mix

Some of the best songs about exes focus on empowerment and living one’s best life while single, especially where women who have been involved with less-than-respectful men are concerned. ‘Shout Out To My Ex’ is a breakup anthem of epic proportions that focuses on moving on to the next chapter of one’s life after ending a romantic relationship. It is somewhat unique in that it addresses the ex directly with a biting and self-respecting tone.

The worst breakups often involve a partner who exhibits toxic traits toward the other party. ‘Gaslighter’ gets its inspiration in part from the 1938 stage play Gas Light. Gaslighting is a term that has also become popular in recent years from the same source to describe an individual who uses psychological manipulation to make another person—usually a romantic partner—question their sanity. This track addresses a gaslighter and his destructive behavior head-on, rather than sweeping his misdeeds under the metaphorical rug. Band member Natalie Maines said the song was inspired by her 2017 split from husband Adrian Pasdar.

Go Your Own Way – Fleetwood Mac

This Fleetwood Mac classic describes a breakup between two lovers who just can’t see eye-to-eye, especially where one of the two’s lifestyle habits are concerned. Lindsey Buckingham actually wrote the track as a breakup message to Stevie Nicks, who didn’t quite appreciate some of the insinuations made about her lifestyle in the lyrics. Nonetheless, Buckingham did not agree to change the wording. The real-life story and drama behind this song makes it a very interesting and relatable track for anyone facing a breakup.

Since U Been Gone – Kelly Clarkson

A breakup that ends an unhealthy relationship can be a positive change, rather than a negative one. This Kelly Clarkson hit is an empowering anthem that highlights the character development and new opportunities that a breakup can lead to. It was also written to highlight that somewhat cruel but understandable feeling of satisfaction that you get when a hurtful ex feels miserable about the breakup just as your life is getting better. This song was very popular after its release and won a Grammy Award for Best Female Pop Vocal Performance.

It isn’t always easy to understand how to describe or understand what you’re feeling for a love interest, especially an ex-love interest. Ellie Goulding addresses an ex’s contradictory behavior and feelings in this track featuring Juice WRLD. As Goulding sings, “It’s a thin line between all this love and hate.” That fine line is one of the hardest elements about love, breakups, and heartbreak for many individuals. The interesting complexity of human nature is what inspired this song.

On My Mind – Ellie Goulding

This track highlights that specific, nagging feeling of attraction that holds on after what was supposed to be a quick fling. While many fans of Ellie Goulding believed the song to be about her relations with fellow musician Ed Sheeran, Goulding has denied those rumors and said that it’s a fictional track. Regardless of its origins, this song is very relatable to anyone who has felt a more serious connection with a romantic interest than they intended to.

In this dark and emotional song, the listener learns about Amy Winehouse’s true story of her breakup with boyfriend Blake Fielder-Civil, who eventually became her husband after a reconciliation. She highlights the contrast between her boyfriend happily going back to an ex as she goes “back to black,” meaning dark feelings and familiar self-destructive behaviors. This track was considered one of Winehouse’s best and one of the definitive examples of her talent and musical style.

On-and-off relationships can be exhausting. Demi Lovato tells a hurtful, on-and-off lover that they are finally breaking up for good in ‘Really Don’t Care,’ which features fellow singer Cher Lloyd. The song eventually took on alternate meanings among fans and became known as a powerful anthem to stand up against bullies and haters of all kinds and remain proud of who you are. This track was a true hit and has been certified double platinum by the Recording Industry Association of America.

Sometimes it should be a relief rather than a disappointment to lose an ex, yet you still can’t quite let go of your loving feelings. Ariana Grande and Iggy Azalea capture that troublesome emotion perfectly in this track, which discusses the contradictory feelings that arise when one is considering getting back with a past flame. Grande said the song described her relationship with an actual ex-boyfriend and played a part in working through her feelings for and conflicts with him.

A cheating ex can be the hardest kind to deal with. The pain and self-doubt can be downright destructive. However, this Beyoncé classic presents the issue in a self-empowered light, as the singer declares that she can get another, better boyfriend in a minute, no matter what her replaceable ex thinks of her or himself. The song was written by Ne-Yo, who gained inspiration for the track’s story from his aunt’s relationship with her cheating boyfriend, whom she was financially generous with.

Bitter anger is the way some people work through a break-up. This track paints the protagonist’s love interest in a negative light as a self-absorbed, opportunistic, and argumentative person that thinks her ex is still holding on, even though he’s long over his feelings for her. It’s more stripped-down than many of Bieber’s hits. It was rumored to be an autobiographical track, but considering it was co-written with Ed Sheeran, who was originally planning on recording the song himself, this interpretation seems unlikely.

‘Consequences’ addresses the many emotions and daily struggles that come in the aftermath of a breakup, rather than assuming that the protagonist feels regrets about the relationship itself or its end. It’s an open and honest piano ballad that more or less serves as a follow-up to Camila Cabello’s preceding track ‘Never Be the Same.’ This earnest and relatable track about a broken heart was quite a hit and won the Best Lyrics award at the 2019 iHeartRadio Music Awards.

Sometimes, the “same old love” can get tiring, especially if one party isn’t getting as much out of it as the other or keeps being hurt in the same painful ways without seeing any positive changes as time passes. That’s the feeling that Selena Gomez sings about in this catchy pop hit. Gomez has stated that the song’s lyrics were inspired by many conflict-ridden relationships in her life—including, somewhat surprisingly, her relationship with her father.

We Are Never Ever Getting Back Together – Taylor Swift

Taylor Swift celebrates the freeing feeling of finally being completely over a draining ex and an on-again, off-again relationship in this fun-filled pop hit. The track is rumored to be about Swift’s real-life relationship with ex-boyfriend Jake Gyllenhaal, but those rumors have never been confirmed. However, Swift has said that the song tells a real-life story from her past. The song was inducted into the Guinness World Records in 2012 as the Fastest-Selling Single in Digital History.

Part of Me – Katy Perry

Here is a pop breakup anthem that celebrates that part of everyone that can never be taken away or changed, no matter how many breakups occur or how many people try to change their romantic partners. Katy Perry has been said to be inspired by her relationships with Travis McCoy and Russell Brand in writing this track. This wildly popular hit was the 20th single in history to debut on the Hot 100 Billboard chart.

Why Should I Be Sad? – Britney Spears

Allegedly inspired by her marriage to Kevin Federline, Britney Spears sings of the frustration she feels from trusting and caring about someone that was known to be a womanizer and a generally untrustworthy person. It’s a story-rich track that details some of the actions Spears took during the rocky relationship that she now regrets. She also briefly touches on the topic of dealing with a bad split as a public figure dealing with the media and similar matters that arise as a celebrity facing drama in her personal life.

Cee Lo Green shows listeners that, sometimes, it’s easier to let go of an ex and send them on their way. This is especially true if the ex in question is superficial and money-hungry, as the antagonist of this track is shown to be. Green has said that the song is about his frustrations with the music industry as much as it is a fictional breakup song about a girlfriend leaving him for someone perceived as better than the singer.

‘7 Things’ has Miley Cyrus singing about seven things she hates about an ex—as well as seven things she likes about him. It’s a song that perfectly highlights the love-hate relationship people tend to have with their exes. While Cyrus never confirmed it, Nick Jonas himself believed the song to be about himself and his breakup with the singer. Cyrus did say she hoped the song would make an ex think about how she was treated in their relationship.

Somebody That I Used to Know – Gotye

Gotye demonstrates the desperate feeling that people sometimes have after a breakup when they realize they aren’t going to be a part of an ex’s life anymore—even if they themselves were in support of the breakup. As Gotye sings, “And I don’t even need your love/But you treat me like a stranger and it feels so rough.” It’s one of those songs that highlights the new level of complexity that comes into the human experience after a breakup or similarly dramatic life event.

Cry Me a River – Justin Timberlake

This Justin Timberlake hit was recorded after an argumentative phone call with then-girlfriend Britney Spears. Timberlake sings about finding out a girlfriend is cheating—even though he treats her right—and not caring that she’s upset when they break up due to her poor decisions. The track made it onto Rolling Stone’s 500 Greatest Songs Of All Time list. It was also certified double platinum by the Australian Recording Industry Association and platinum by the British Phonographic Industry.

All My Ex’s Live In Texas – George Strait

Here’s a country track that is a list song. It tells the story of the protagonist’s exes, all of whom live in Texas and keep him away from the place he most wants to be. Strait sings about the disastrous ways that each relationship ended. It’s one of the few songs about exes that discuss exes in a straightforward way—and with a bit of sarcastic wit thrown in for artistic interest and to add a little fun to a darker topic.