25 Best Songs With Whistling In Them 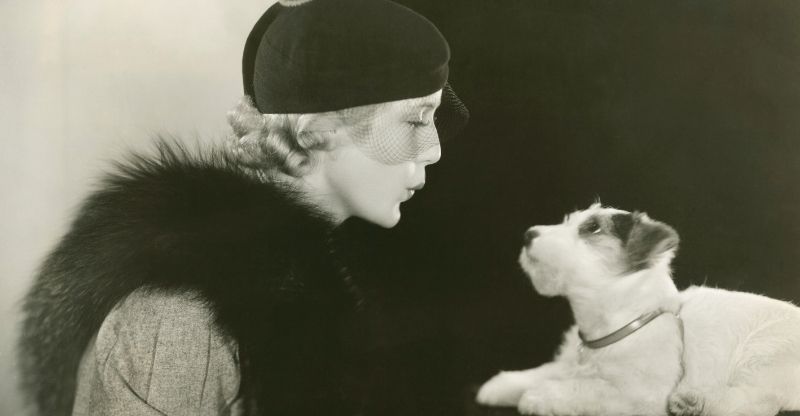 Whistling adds a little extra to a song.

Whether it’s for dramatic effect or simply that the singer ran out of lyrics, the whistle has and continues to be a useful little embellishment that the songwriter has at their disposal (assuming they can whistle, of course, not everyone can).

As you’re about to see, some of these songs with whistling in them are right up there with the best ever written. So let’s take a look.

The ultimate lazy day song. Here, soul man Otis Redding is just chilling down by the San Fransisco Bay, watching the ships roll in and back again. The whistling is perfect and sounds like he’s blowing to while away the time -like he hasn’t a care in the world.

In a cruel twist of fate, Redding tragically died just days after recording this in an airplane crash in 1967.

We include this song in our playlist of water songs.

It’s a tribute to Mick Jagger’s signature dance moves. On hearing the song, Jagger himself admitted, “it puts pressure on me when I go out dancing.”

It’s a brilliant song about dancing that is itself great to dance to!

Here, the police hunt down Jimmy Jazz, who one assumes has broken the law (but we never find out how.) Thus, you hear the whistling at the beginning of the track.

The expression “Satta Massa Gana” (in the line “Satta Massa Gana for Jimmy Dread”) means “give thanks” in Rastafarian parlance. There’s some superb scatting from Joe Strummer at the end, too.

One from the late Beatles period here, John and Paul sing this together (something they used to do in the early days).

Written by Paul, is it about him and his wife Linda, him and John (as the Beatles were coming to an end), or both? Who knows. It’s a gorgeous song with some tuneful whistling at the end, though.

We also feature it on our playlist of songs about home.

The Scorpions – ‘Winds of Change’

The whistle transforms the feel of this song from the outset. I mean, imagine it without that lonesome whistle at the beginning; it’s just not the same song!

In The Bangle’s ’80s hit ‘Walk Like an Egyptian,’ they do something a bit special. They whistle the melody of the song. Ok, this could have been laziness – were they just short on words?!

Whatever the reason, it’s a pretty important part of this classic walking song.

‘Me And Julio Down By the Schoolyard’ – Paul Simon

The whistles come in halfway through this upbeat Paul Simon song. Unfortunately, Simon never reveals what “mama pajama” saw… I’ll leave that to your imagination.

The song’s unusual percussion sound was created with a ‘cuica,’ a Brazilian instrument often heard in samba music.

‘Golden Years’ was a slice of American R&B music, a genre that Bowie loved (the song was well received in the States, too, getting Bowie an appearance on the TV show Soul Train).

The whistles appears in the outro of the song.

If you’re looking for a song with some whistling in it, Bobby McFerrin’s worry-free manifesto has to be right up there. It plays a big part in this carefree song of hope.

The video includes some excellent cameo appearances in it too, including the late Robin Williams.

‘Love Is A Battlefield’ – Pat Benatar

Pat Benatar’s ‘Love Is A Battlefield’ did well in the pop charts when it came out.

I’m not going to say the whistle had anything to do with its success (it only comes in near the end), but let’s use it as an excuse to listen to this ’80s classic about growing up again. You’re secret’s safe with me 🙂

Another ode to his wife Kim (of which there are many), besides having some whistling in there, ‘I Got You’ is right up with one of the best love songs of recent years.

For the guitar nerds out there, he’s using B-flat tuning on this song to give it its distinctive sound (he uses it on many other songs too.)

The whistle intro was a placeholder at the beginning of the song. Then, when Joel asked producer Phil Ramone which instrument he should use, Ramone famously said, “You just did it.” So, he kept the lonesome whistle in and added some more at the end of the song.

It’s a song about keeping secrets and being a stranger even to yourself (how that’s possible, don’t ask me!).

We have a sampled whistle here. The great whistling at the beginning is taken from the track ‘The Moog and Me’ by Dick Hyman.

Beck released ‘Sissyneck’ on his classic album Odelay, which is well worth a listen to.

Here’s a popular karaoke choice when ‘Sweet Child ‘O Mine’ has been done to death. GNR’s Patience is a superb slow, bluesy song about relationships (and being, er, patient). So if you do attempt it on your next karaoke night, watch out for the high notes!

There’s gorgeous guitar work from Slash. Plus, the whistling is pretty epic and sets up the song perfectly for Axle Rose to step in.

If you’re happy to hang around, check out our playlist of songs about waiting.

Here’s one of the best songs with the whistling of the lot. This love song for him or her (it’s a duet) opens up with a whole chorus of whistling. It might be a happy-clappy for you, but there’s no debating how cool that intro whistle sounds. It’s the gold standard!

We’re blasting back to the ’80s with this one. A time when Pong was a state of the art video game and mullet hair was considered a good look for men.

Lennon never shied away from putting his heart on his sleeve. Here, he offers a glimpse into how even someone as phenomenally talented as Lennon still gets insecure.

The whistling is a lovely addition to this classic Lennon track about jealousy, with the strings in the background swirling back and forth.

This song from 1942 is synonymous with Christmas. We hear Crosby whistling the songs’ harmony to a chorus of females.

Crosby had a thing for whistling in his tunes. Also check out ‘Singing in the Rain.’

The perfect song about love on a summer’s day. It was one of the first songs to introduce the whole Vaudeville thing, which influenced countless bands, including the Beatles (notable on songs like ‘Good Day Sunshine’ from Revolver.)

Here, the cheerful whistling is very pronounced. It’s a big part of the song.

‘Tighten Up’ – The Black Keys

A song loosely about a cheating woman, ‘Tighten Up’ is a stripped-back, bluesy track with tons of swagger, like all their stuff.

The guy who does the whistling in the intro took his inspiration from Otis Redding’s ‘(Sittin’ On) The Dock Of The Bay’ (see above.)

This ’80s pop behemoth is about a guy who has a crush on a girl at high school. He then sees her years later as the centerfold in a girly magazine. Rather than love it, he’s disappointed, “my blood runs cold,” his “memory has been sold.”

It was a massive hit in the ’80s, earning them a spot touring with the Stones.

In this brilliant, laid-back song, Angus Stone adds a gorgeous whistle to complement the chorus. This lovely tune appeared on his album ‘Broken Brights’.

There’s no one with quite as remarkable a portfolio as Bernard Herrmann when it comes to movie soundtracks. We have him to thank for Psycho, Taxi Driver, and many more.

‘Twisted Nerve’ appeared in the movie of the same name in 1968. The theme tune was recycled for Quentin Tarantino’s tribute to kung fu movies, Kill Bill Vol.1, and more recently used in the American Horror Story series.

‘Always Look On The Bright Side of Life’ – Monty Python

‘Always Look On The Bright Side of Life’ appears at the end of their movie Life Of Brian, sung by Eric Idle.

The song suggests you should whistle when the chips are down, “when you’re feeling in the dumps, don’t be silly chumps, just purse your lips and whistle.”