20 Songs about Loving Someone You Can’t Have 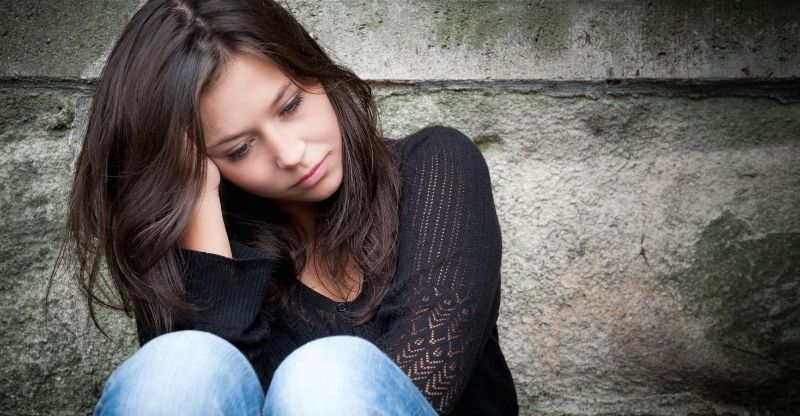 Is there anything more frustrating, painful, or downright heartbreaking than loving someone when you know deep down you can never be together? It feels unfair, sickening, whatever word you want to use.

If that’s you, you’ll be able to relate to some of these songs. Many people feel this way, including some of the best songwriters – apparently, even pop stars have to accept things don’t always go their way.

So, without further ado, here are the best songs about loving someone you can’t have.

Here’s a little video overview of the songs I did, which might be useful:

Singer, songwriter, poet, Leonard Cohen enriched the many lives he touched with his music. Cohen became obsessed with the German singer Nico (who sang with the Velvet Underground). She rejected his advances, which served as the inspiration for this song.

There’s an interesting bit of pop trivia about this song too. In The Smiths ‘Hand in Glove,’ Morrissey paraphrases the line, “Everything depends upon how near you stand next to me.”

Lewis Capaldi – Someone You Loved

This has to be one of the most powerful songs about unrequited love in recent years. Capaldi doesn’t look like a pop star, but the moment he opens his mouth, he completely floors you. In this song, his girlfriend has up and left, taking a part of him with her.

Back To You – Selena Gomez

Here, the brilliant Selena Gomez has an old flame on her mind. Even though she’s with another guy, she finds herself thinking about her long-lost love. “I wanna hold you when I’m not supposed to,” she admits. There’s an element of regret here too. If she could do it all again, she’d go back to him.

Here, singer Alex Turner takes a tour of his local pubs looking for his ex-girlfriend. He mistakes every girl he sees for her, asking one girl if she minds him calling her by his ex’s name. He also wanders up to a girl huddled in a wicker chair “and kissed who ever was sitting there.” Yeah, that’s not going to work.

I Want the One I Can’t Have – The Smiths

Here, Morrissey is so frustrated, it’s written all over his face. The lyrics are widely considered to be about Mozzer dealing with his homosexuality (especially the line “on the day that your mentality, catches up with your biology.”)

I Can’t Make You Love Me – Bon Iver

In this song made famous by Bonnie Riatt, singer Justin Vernon laments how his woman has lost interest. He wants to spend one more night with her before moving on with his life. He’s accepted she’ll never love him (which is quite grown up, really.)

Just My Imagination – The Temptations

Imagination is a powerful thing. In this classic track, our protagonist has even imagined he’s with a girl, when in fact, it’s just his mind playing tricks with him. Damn you pesky imagination!

Clapton’s most famous song was secretly written for George Harrison’s wife at the time, Pattie, who Clapton had an unhealthy obsession for. The song was inspired by a 12th-century Persian poet (Nizami) who wrote about a man in love with an unobtainable woman. Clapton, ended up marrying Pattie, and (rather incredibly, of George at least) remained close friends with Harrison.

Why Don’t You Love Me? – Beyoncé

Even pop diva Beyoncé gets her fair share of rejection (yes, hard to believe.) Beyoncé states all the reasons why her man should love her, and concludes “maybe you’re just plain dumb.” Yes, likely.

Ever Fallen In Love – Buzzcocks

Let’s jump back to the late ’70s for this classic number that mashed up a frenetic punk beat with classic pop/rock melodies. The line “have you ever fallen in love with someone you shouldn’t have” was taken from the 1955 movie Guys and Dolls.

This is a heartbreaking song about losing a loved one, sung from the perspective of a person who’s about to pass away.

Despite its incredibly sad premise, the song is surprisingly uplifting, thanks partly to its beautiful production and a rather peculiar mention of coffee (weird in the song’s context – but cool, too).

This classic Guns ‘N Roses track from the ’90s is all about a relationship going south (“we both know hearts can change”) and trying to pick up the pieces. He loves her, but is the feeling mutual? Perhaps not. Unsurprisingly, the video for this rain song enjoyed heavy rotation on MTV.

The song that led to the making of Simon’s groundbreaking LP, Graceland, has its roots with this song. Recorded with South African band The Boyoyo Boys, it’s a superb song that blends African rhythms with Simon’s musical wizardry. The line “you don’t feel you could love me, but I feel you could” is particularly apt.

Here’s the untouchable Bob Marley at the height of his powers. It’s one of the most famous love songs about waiting for that special someone and all the pain and frustration that goes along with it.

Here’s a slice of old skool hip hop from the one and only Biz Markie. It’s a song about the frustration of only being treated as a friend when you want things to go further.

By the way, when I say ‘only,’ that sounds like I’m downgrading friendship. That’s not intentional. Friendship is massively essential for a happy and healthy life, as we discuss in this playlist that celebrates friendship.

When you break up with someone, it’s common to say, “we’ll still be friends.” In this song, Cruise says thanks, but no thanks. He couldn’t bear seeing his girl with someone else.

Letting go of someone is never easy. In this classic breakup song by the talented John Mayer, he captures the immediate trauma of missing someone when they’ve left and trying to come to terms with the fact it’s over.

Shiver is an early Coldplay song and a classic case of unrequited love. He’s desperate for her love, and he’s willing to change (never a good plan). The rumor is it’s about the Australian singer Natalie Imbruglia, but Martin denied it.

The Girl of My Best Friend – Elvis Presley

One word of advice: don’t fool around with the girl of your best friend. Elvis Presley didn’t, much as he wanted to. The King wants to tell her how he feels about her but knows he could end up losing both the girl and his best friend, so he resists. Classy move there Mr. Presley.

Related: see our playlist of songs about not wanting to fall in love.

You Don’t Know Me – Ray Charles

Here’s a song by the inimitable Ray Charles about secretly loving someone who considers you as a friend and doesn’t know about the feelings you have for them.

Here’s a song about wanting someone who’s with someone else. You see the way they’re treated, and you know you’d be a much better partner, but this person doesn’t see you that way. Instead, you’re just a friend. Or, in this case, the girl next door (literally).

More songs about loving someone you cant have: