Sail Away with These 17 Best Sea Shanty Songs 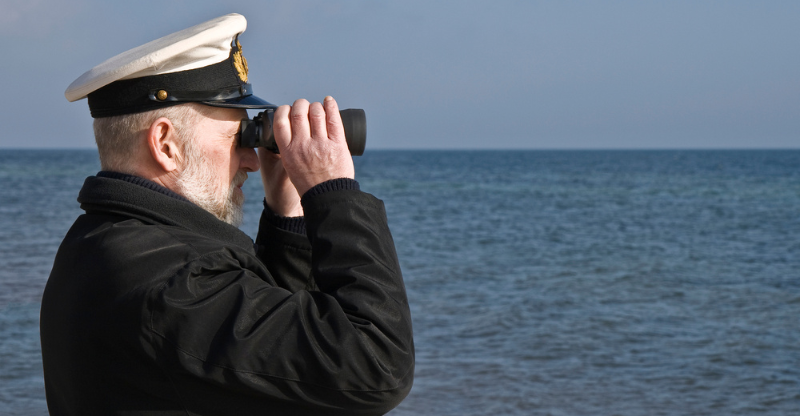 This inspirational list includes the sea shanty genre’s best classic songs and modern interpretations. Spanning centuries of seamen and soldiers on seafaring adventures, check out these cheerful and sometimes mournful sea shanty songs. They’ll make you want to join in on the shanty singing!

“Way hay and up she rises.” This traditional Irish folk song has been sung aboard ships since around the 1830s. The Irish Rovers up the tempo with their modern interpretation and adds plenty of strings and a galloping percussive beat to keep the listener engaged between swashbuckling vocal lines.

A popular sea shanty resurrected in 2021 thanks to artist Nathan Evans’ cover on TikTok, ‘Wellerman’ dates back to the 1960s. Originating in New Zealand, the term “Wellerman” refers to the Weller Brothers, a well-known shipping company that started in the early 1800s. The star of the song is found in the ship referenced in the first few lines, the Billy o’ Tea, whose crew is waiting for a supply delivery.

A sailor describes his trip around Cape Horn, a rocky location off the coast of South America where the Atlantic and Pacific oceans meet, as he tries to make his way home to his mother, who longs to see him. Everyone from Sting to Rod Stewart has covered this popular sailor’s song. The ‘Blood Red Roses’ mentioned in the song could symbolize the blood spilled while whaling offshore.

Related: This song features on our list of songs with roses in the title.

Song of the Vikings (My Mother Told Me) – Perly i Lotry

Rich in ancient Norse history, ‘Song of the Vikings (My Mother Told Me)’ stems from their long history of being masters of the sea. Much of the Vikings’ early days were spent migrating to and gaining control over other countries, such as Ireland, and the song focuses on a young man dreaming of sailing the seas his mother tells him about. Polish vocal group Perly i Lotry (translated to “Pearls and Rogues” in English) released a popular cover of this seafaring tune in 2021.

Related: Sail away with the best songs about sailing.

You Can’t Hold a Good Man Down – The Pirateers

“I set to sea as a country lad to make a dream come true.” UK band The Pirateers view ‘You Can’t Hold a Good Man Down’ as one of the best sea shanties ever written. This action-packed tune is one of the genre’s most popular works. The song encompasses a sailor’s relentless drive against storms, bad luck, and the legend of Davey Jones.

Related: Power your voyage with the best adventurous songs.

After participating in a few jam sessions at a folk festival in Ontario, musician Stan Rogers was inspired to write ‘Barrett’s Privateers,’ a modern sea shanty tune. The song is a nod to sailors of the 18th century, with a young man as the main character setting sail on an old ship that gets caught up in a bloody battle with an American ship.

“Safe and sound at home again, let the waters roar, Jack.” Originally written by Richard C. Saunders in the 1860s while aboard the Royal Navy ship the HMS Marlborough, The longest Johns released an updated cover of ‘Don’t Forget Your Old Shipmate’ in 2022. The song tells the story of a crew aboard a warship battling it out on the high seas.

Written by Michiel Schrey and Seán Dagher, this modern sea shanty was included on Schrey’s 2009 album before being included in an installment of the video series Assasin’s Creed. The tune follows the story of a ship’s long journey and a crewmember grappling with life on land and life at sea.

The origin story of the maritime-themed tune ‘Roll the Old Chariot Along’ is shrouded in mystery. Also sometimes referred to as ‘A Drop of Nelson’s Blood,’ some say it began as a gospel tune and was morphed into a story about sailing rough seas. Folk artist David Coffin, who has long been influenced by gospel music, released his own version in 2016. It’s often the last song sung at festivals to close an evening of singing shanties.

Related: Check out the best gospel songs of all time.

Blow the Man Down – Fisherman’s Friends

Arguably the most famous sea shanty ever recited, Fisherman’s Friends covers ‘Blow the Man Down’ as many other maritime-themed groups have done in the past. The song’s title dates back to antiquity and deals with the type of ship prominent on the seas during the tune’s creation. ‘Blow the Man Down’ refers to a large type of sailing ship used for war, called the Man O’ War, the Royal Navy used between the 16th and 19th centuries.

Scottish singer Nathan Evans keeps a sailor’s life alive and well with his modern sea shanty tunes. In the case of his song ‘Ring Ding (A Scotsman’s Story),’ he tells the tale of a romance that could have been for a sailor who falls in love with a girl he meets at a Glasgow bar.

“Twas late ’65 at the old Wallsea Yard. She was commissioned to haul the black tar.” Named after one of the United Kingdom’s most popular historical ships, the Esso Northumbria, this Dreadnoughts tune was written by songwriter Nicholas Smythe. The celt punk band tells the ship’s story in ‘Roll Northumbria,’ from her creation to her 1969 launch by Princess Anne.

Rich with folk-inspired harmonies, Bounding Main keeps the historical story of ‘Spanish Ladies’ alive with their modern a-cappella rendition. Though their recording sounds effortless, the vocal track features five different harmonies and two key changes. The shanty appears on their 2016 album Fish Out of Water.

An often requested song by fans of The Longest Johns, lyrics to the tune ‘Old Maui’ were first discovered in a sailor’s diary sometime in the 1800s. The song tells the story of a whaling crew finishing out their season. Despite tough winds and choppy seas, they dream of stopping in Maui for a short respite as they make their way home.

Popular shanty song artist Seán Dagher helped co-write this tune with Clayton Kennedy and Nils Brown. In ‘Roll, Boys, Roll!’ the protagonist sings of “Miss Sally Brown,” a term sometimes used in seafaring songs to describe a special woman a sailor met in a faraway land while on a long trip. The tune appears in the video game series Assassin’s Creed.

“…pray that the wars and the tumult may cease. For the greatest of gifts is a sweet, lasting peace.” Often performed live with fellow musicians such as Lou Killen, The Revels, and John Langstaff, David Coffin’s ‘Seaman’s Hymn’ is a soulful tribute to fallen sailors everywhere. With a lyrical focus on soldiers who boarded ships to fight in historic and modern wars, the song is a beautiful call for peace and harmony among men.

Related: Here’s a salute to the best songs about soldiers.

The Cruel Wars – The Dreadnoughts

“They took her Harry from her, likewise her brothers three. And sent them to the cruel wars in High Germany.” In traditional sea shanty format, The Dreadnoughts tell the story of Johnny and Harry, who are sent off to war via ship to battle it out with the Germans. Polly is left alone as the war takes not only her brothers away but her lover, Harry, as well. This mournful Celtic-tinged story calls for peace amidst the wreckage fighting leaves behind.

Related: See our list of songs about peace and unity.