18 Best Songs About Peace and Making a Better World 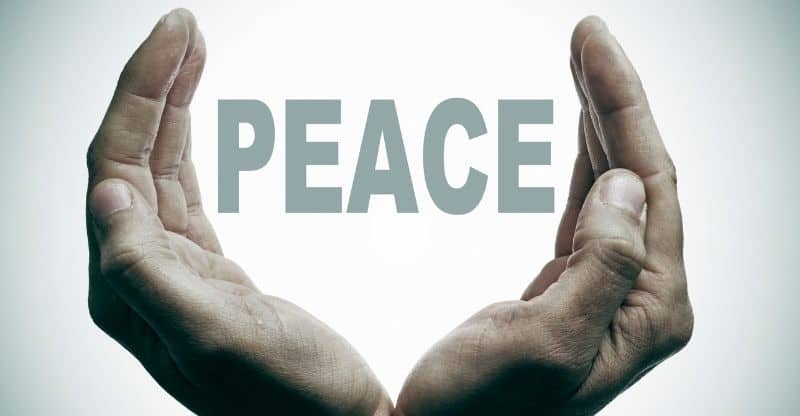 Jimi Hendrix famously said, “when the power of love overcomes the love of power, the world will know peace.”

That was over fifty years ago, and the world hasn’t moved on much since then. A glance at the news and you’ll see there’s still far too much suffering in the world. We still have poverty, wars, famine, corruption, etc., despite massive advancements in technology.

We still have to fight for peace, though. We can’t give up.

Here are some of the best songs about peace ever written to inspire you to change the world for the better. Change starts with you, remember 🙂

This song was one of the first Motown tracks to get political and directly challenged intolerance and racial injustice (“hate is not answer, because only love can conquer hate.”)

It was this song – partly inspired by Gaye speaking to his brother who’d just returned from the Vietnam war – that opened the floodgates for others such as Stevie Wonder, The Temptations, and others to start voicing their opinion on the state of things.

This live version is sublime. It captures just what an extraordinary talent he was.

‘Blowing in the Wind’ – Bob Dylan

Bob Dylan’s Blowing in the Wind was the song that catapulted him to fame in the early sixties and remains one of the most potent calls for peace ever recorded.

It also influenced Sam Cooke’s “A Change Is Gonna Come,” another protest song that helped galvanize the civil rights movement (the story goes that when Cooke first heard this Dylan track, he couldn’t believe a black man didn’t write it).

Related: we also include this track on our playlist of songs about wind.

In this beautiful song, John Lennon invites us to think of a world with no possessions, no war, and no religion. He urges us to unite (“come join us”) and help the world “live as one.”

It’s one of the most potent songs for change ever recorded and has become an anthem for peace. It’s hard to overstate the importance this record played (and continues to play) in society.

There was an incredible moment in World War One when the soldiers on both sides stopped and played football in No Man’s Land on Christmas Day, 1914. This extraordinary moment in history stirred something in McCartney, who wrote this song about it.

He sings, “will the human race be run in a day / Or will someone save this planet we’re playing on.”

‘Give Me Love (Give Me Peace On Earth)’ – George Harrison

A gorgeous song here by another ex-Beatle, George Harrison.

Harrison spent a lot of his solo career trying to connect at a deeper level with his audience. Here, he’s “trying to touch and reach you with, heart and soul.”

I think he succeeded. But man, do we miss him.

‘One Love / People Get Ready’ – Bob Marley and the Wailers

Bob Marley’s signature peace song, ‘One Love / People Get Ready,’ pleads with humankind, “let’s get together and feel alright” – it’s a powerful call for unity.

He reassures us that the “hopeless sinners” who “save their own” won’t escape scot-free.

Here’s a call to action from Fleetwood Mac’s Lindsay Buckingham to change our ways. He sings, “only creatures who are on their way” (to extinction) “ever poison their own well.”

‘I Wish You Peace’ – The Eagles

This sweet ballad by The Eagles is a gesture of kindness. The narrator wishes you “kind words when times are sad,” “shelter from the raging wind,” and “cooling waters at the fever’s end.”

Patti Davis co-wrote this song, Ronald and Nancy Reagan’s daughter, who was seeing Eagles guitarist Bernie Leadon at the time.

‘All You Need is Love’ – The Beatles

Arguably the most famous song of the lot, ‘All You Need is Love’ doesn’t mince its words. Love is everything. It’s a message that John, Paul, and George all embodied in their solo careers, too (as you can see in the other songs here).

Mick Jagger, Keith Moon, Graham Nash, and others join the fab four to clap along in a show of unity.

Cat Stevens wrote a lot about the wonders of the world (e.g., about the moon in the brilliant ‘Moonlight shadow’). The subject of peace and togetherness was never far away.

It’s an optimistic song about peace just around the corner. He’s been “dreaming about the world as one” and believes “someday it’s going to come.”

“It’s not so far from you, and it’s getting nearer.”

Released in 1994, ‘Zombie’ is a call for peace and cessation of violence in Northern Ireland.

In an interview with Vox, the late Dolores O’Riordan said, “I don’t care whether it’s Protestant or Catholic, I care about the fact that innocent people are being harmed.”

‘Where Is The Love?’ – Black Eyed Peas

In this classic Black Eyed Peas track, they list the ills of humanity and ask, “where is the love?”.

They rap about war (“a war’s going on but the reason’s undercover”), racial intolerance (“if you only have love for your own race, when you only leave space to discriminate”), and our obsession with money-making and greed (“most of us only care about money-making”).

‘For What It’s Worth’ – Buffalo Springfield

One of the biggest protest songs of the ’60s, it sang about the anti-Vietnam protests. Singer Stephen Stills urges you to take notice of what’s happening (“everybody look what’s going down.”)

“You step out of line, the man come and take you away,” in other words, you get arrested for breaking the law.

An instrumental rendition of the US national anthem took the Woodstock crowd by storm when he played it in 1969.

What makes this performance so stunning is how Hendrix makes the guitar imitate the sound of war. Just take a listen, and prepare to be amazed.

Bob Marley made many peace songs. This one – from his early period – urges people to stop fighting and “live in peace and harmony.”

This anti-war anthem was written at the time of the Iraq War.

“This song is not anti-American, it’s anti-war,” Green Day’s lead singer Billie Joe Armstrong is on record as saying.

It’s also a commentary about corporate greed and corruption, “the money’s on the other side.”

Most of the songs on this list are about world peace. But this one is a little different. It’s about peace in a relationship, or lack of it, “No, I could never give you peace.”

It was written with Aaron Dessner of indie band The National (Swift and The National also collaborate on the song ‘Coney Island,’ featured on our songs about guilt playlist.

‘World Peace is None of Your Business’ – Morrissey

Morrissey is famed for his outspoken attitudes to politics, the media, the meat industry, and just about everything else (it would be easier to list what he does like).

This song is about the absolute rejection of the political system and governments. “Work hard and sweetly pay your taxes,” he mockingly sings.

“Oh, you poor little fool oh, you fool.” Ha, that’s you and me he’s talking about! He gets away with, just about.