17 Songs about Gardens That Will Bring You Closer to Nature 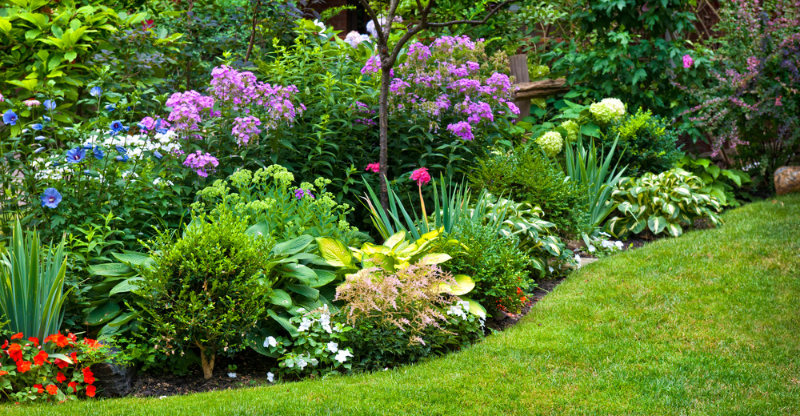 Gardens have a peaceful beauty that captivates almost everyone, even those who might not call themselves nature lovers. If you’ve ever wondered if any great songs talk about gardens, this article is for you!

Keep reading to learn about some of the best songs about gardens from artists who appreciate their wonder.

In the Garden – Van Morrison

Van Morrison wrote this song intending to take the listener through a transcendent meditation process. The song uses garden-related imagery and a garden setting to help the listener engage their senses throughout. Morrison has also agreed that the song is partly a rejection of dogma.

Related: Chill out with these calming songs of peace.

After the Garden – Neil Young

This song seems to refer to the world as “the garden.” Neil Young seems to be warning people that politics, armies, and societies won’t matter anymore if the world is destroyed. Young is possibly warning of destruction through either war or climate change. He wonders what will happen if things get that bad in the possibly near future.

The Beatles drummer Ringo Starr was learning about the life of octopuses on a boating trip in Sardinia when he was inspired to write this song about peacefully living among underwater animals. It is one of the band’s most kid-friendly tracks and one of two pieces Starr wrote for the group.

Related: This song features on our playlist of ocean music.

This beautiful song seems to find John Denver singing about creating a garden and being determined to make it grow with help from the Earth. It could also be about working on one’s life or another important project requiring humble determination to see it through. The song also touches upon the importance of being good to Mother Nature.

Related: Here are the best songs about Earth.

The garden of this track seems to be a place that draws you in with its positive sides but also serves as your worst enemy sometimes. Whether the song talks about addiction, one’s own mind, or an actual garden is up to the listener’s interpretation. Axl Rose and Alice Cooper duet on the track.

‘Hong Kong Garden’ was the name of a restaurant where the workers were sometimes faced with violent racism. This track was written to honor them after Siouxsie, and a friend witnessed such behavior. The lyrics seem to describe the culture and atmosphere surrounding a Chinese restaurant, possibly the one that inspired the track.

Related: You can hear this song on the Marie Antoinette soundtrack.

Guns N’ Roses tackles the downsides of organized society and the ways that those in power attempt to control people through societal systems in this track. It criticizes religion and entertainment, presenting them as means of keeping people occupied and content when they should be taking action to change the world’s problems.

‘Empty Garden (Hey Hey Johnny)’ is a tribute to John Lennon, released two years after the singer-songwriter’s death. The song uses imagery related to a garden and an absent gardener to highlight the loss felt by those who cared about Lennon or were affected by him in some way.

The Hanging Garden – The Cure

This song’s title was likely inspired by animal-shaped hedges in Mumbai, India, though the lyrics are more abstract while still related to animals. The Cure’s frontman, Robert Smith, has said that this is one of the band’s most difficult songs to perform live due to its complex sound.

Related: See our list of the best animal songs.

How Does Your Garden Grow? – Richard Thompson

Rather than truly being about a garden, this Richard Thompson piece seems to be about someone criticizing another for not following through on their “big ideas.” The garden reference in the title and the last lyric may be Thompson asking the other party how they feel about the outcome of their ideas that fell apart.

Jimmie Rodgers sings of the sights and sounds in a spring garden with this classic hit. The garden themes create a love song, with Rodgers asking someone to be his love. ‘English Country Garden’ is actually a version of a famous English folk song titled ‘Country Gardens.’

‘Victoria Gardens’ explores aspects of the political and social landscape during Margaret Thatcher’s time as Prime Minister of the UK. The song was meant to be a single for Madness, but the release never came to be. ‘One Better Day’ became the album Keep Moving’s single instead.

In the Garden – Bob Dylan

Bob Dylan talks about Biblical times when Jesus was alive here. He wonders if the people of the time knew, understood, and respected that Jesus was the son of God and if they recognized his extraordinary acts. The music follows the lyrics sound-wise, and the entire piece has a rhetorical feel.

Depeche Mode sings about loss in this piece—lost connection in a romantic relationship, lost innocence, and the frustrations of loss. The protagonist doesn’t want to lose his “secret garden,” which may be the innocence or connection that has disappeared in the song. He has also been keeping secrets to his own detriment.

Safe in My Garden – Mamas and the Papas

This track contrasts the peace and quiet of being in one’s home near a tranquil and fragrant garden with the political unrest of the late 1960s. It shows that, for better or worse, people long for a safe place to be during times of uncertainty and danger in the larger society.

Madonna discusses longing and wistfulness about what may or may not be in life with this track. It has influences of jazz, downtempo and acid jazz that give it a unique sound and make it a good example of sounds that were emerging in popular music at the time of its release.

Related: You’ll want to hear these songs about wanting more.

(I Never Promised You a) Rose Garden – Glenn Campbell

Joe South wrote and performed this classic in 1969; numerous artists, including Glenn Campbell, have covered it. The protagonist tells a lover that good times are never promised and must be appreciated alongside the rough patches. Lynn Anderson turned it into the crossover hit that music lovers know today.

Related: Listen to another version of this song on our playlist of flower music.