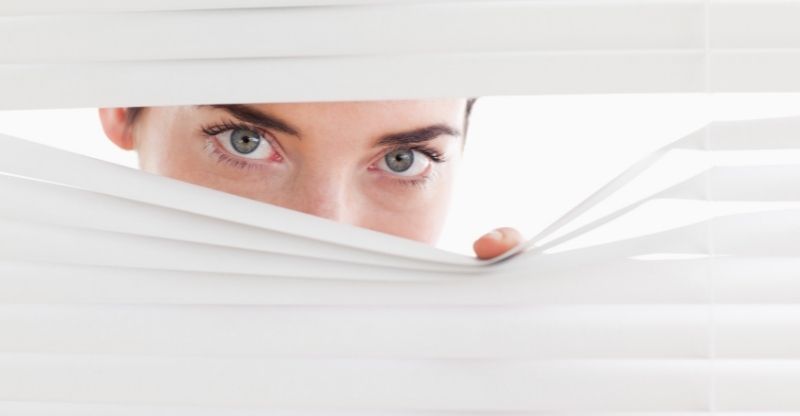 Has that old green-eyed monster reared its ugly head again? Every now and again he likes to pop up, just when our guard is down.

You see, jealousy – like those other ignoble emotions such as hate or greed – is as old as the hills. Since we’ve been walking upright, we’ve coveted what others have.

Songwriters are no strangers to envy, of course. So here’s our pick of the best songs about jealousy to remind you to be happy with what you got!

It’s unfathomable how Beyoncé could ever be jealous of another woman, but I guess some guys are just never satisfied!

In this song, her man has stood her up for dinner, which she cooked naked (as you do). So she puts on her “freakum dress” and hooks up with an old love who she “used to flex in Texas.”

“Don’t be jealous,” she adds. That will teach him to appreciate her cooking.

Here, he admits he’s the jealous type. Of course, his relationship with the multi-talented Paul McCartney probably increased his sense of inadequacy (oddly, it made them the greatest songwriting team in history).

Written by Ray Davies (of The Kinks), this is a song about total envy.

Watts is the “head boy at the school,” the “captain of the team,” and “pure and noble creed.” But “I am a dull and simple lad.” We all know that feeling.

The song’s subject, a certain ‘David Watts’, was a concert promoter in the UK who Davies and his brother looked up to when they were starting out. I think they did alright for themselves in the end.

We all want to be the center of attention (it takes some serious ‘buddha mind’ to rise above all your insecurities and put others first – but we have to try, right?).

In this song’s lyrics, singer Rivers Cuomo spells out how he wants his girl to behave. She can’t wear makeup or leave home without him. She can’t even laugh for anyone else.

The song is a study of small-minded jealousy. It’s from their ‘blue album.’ If you don’t know it, you’re doing your earbuds a disservice.

At the time of writing (1970), songs about space were ten a penny because of the moon landing just a year before.

Despite the mention of “satellites,” this song isn’t so much about space. Instead, it concerns what Reed describes as “the worse kind of jealousy” (namely, what his girlfriend was up to with “Harry, Mark, and John”).

In this classic Killers song, the narrator is being cheated on by his girlfriend.

The thought of what they’re getting up to behind closed doors makes him boil over with jealousy: “and I just can’t look, it’s killing me, and taking control.”

‘Anyone Else’ – Blake Shelton

Here’s one by country music star Blake Shelton about dealing with other people’s jealousy (because, let’s face it, even if you manage to keep your own green-eyed monster in its bottle, you’ll still come across others who let theirs run riot).

It’s a song about the darker side of friendship. “Why do you always want to put me down?” he asks. “Why can’t you be happy for anyone else?”.

Not sure how much of a friend they are. Just sayin’.

‘Send Them Off!’ – Bastille

In this song, the singer wants to get rid of jealousy from his mind, “set me free from my jealousy,” he asks, “help me exorcise my mind.”

In this spooky music video (that would go down well at a Halloween party!), the protagonist is followed around by a creepy demon dude wearing antlers.

As I alluded to in the intro, pop stars are not immune to jealousy.

Far from it, in fact. You’re only as good as you’re last record, they say. And there’s nothing like a dry spell to make ‘yesterday’s star’ feel like an inadequate has-been.

Here, Iggy Pop is consumed with envy. “It’s boiling my blood,” he says. This is what you might call ‘a jealous song’.

‘My Best Friend’s Girl’ – The Cars

This time the shoe is on the other foot. In this song about unrequited love, his girlfriend has left him to be with his best friend.

“She’s my best friend’s girl, but she used to be mine.”

Bill Withers has written many great songs (perhaps his best is ‘Lean on Me,’ which we feature on our playlist of hope songs).

Here, his intuition is telling him something is amiss.

The “man we passed just tried to stare me down,” and when he looks at his woman, she “looked at the ground” too.

Band members Stevie Nicks and Lindsey Buckingham had a turbulent, on-off relationship fuelled by jealously. Ironically, it was also the source of many great songs like this one from Nicks (pain and heartbreak leading to poetic inspiration, as is often the case).

If I’m honest, ‘Silver Springs’ is more a song about a breakup than jealously, but as the green-eyed monster fueled their relationship, I felt like this playlist needed one by them.

The song is even more poignant when you see them perform it together (watch in the video as they sing to each other).

‘Green Is the Color’ – Pink Floyd

One of Floyd’s less known tracks, the Roger Waters penned ‘Green Is the Color’, has a certain ethereal charm like most of their work.

As for the meaning, answers on a postcard, please.

But it does include this splendid line: “envy is the bond between the hopeful and the damned.” Make of that what you will!

Do you know something else that’s hard? That’s being happy for people who leave you behind.

You secretly want them to be unhappy, and for them to come back and say, “all you found was, heartbreak and misery.”

It’s a superb song from London-based singer Labrinth. While on the face of it, it’s a breakup song, Labrinth said in an interview for The Evening Standard that the song idea came to him because of his relationship with his Dad, who’d walked out when he was young and started a new family. The same thing happened to my Dad and me. I know the feeling.

There’s a little sadness in the history of this song.

Gin Blossom’s guitarist Doug Hopkins wrote this song. Unfortunately, just as the band took off (largely thanks to this song), Hopkins developed a problem with alcohol (they were all heavy drinkers, the clue is in the band’s name).

His addiction was so bad the band temporarily replaced him while the band toured. Sadly, Hopkins took his own life in ’93.

‘Class’ is another source of envy song that has permeated society since time began. Everyone is trying to climb the ladder to who knows where!

Here, the narrator comments, “Is she fine, so well-bred, the perfect girl, a social deb?” (deb = debutante, meaning a young woman from an aristocratic or upper-class family background)

With a nice sample from the ’80s song ‘Rip it Up’ by the band ‘Orange Juice,’ ‘In Your Shoes’ is about minding your own business rather than envying what others are doing.

“Get yourself a life and make it work,” she sings. Too right.

It’s about liking your friend’s girlfriend a bit too much. Nothing much else to say!

Lyricist and wordsmith Morrissey is critical of many things. But right up there with a loathing for carnivores, politicians, and the monarchy, is a dislike for big cities, especially London.

Here, he envisions someone coming to London by train and asks them, “do you think you’ve made the right decision this time?”

As they leave to go back home, Mozzer asks, “did you see jealousy in the eyes, of the ones who had to stay behind?”

On a personal note, I saw Mozzer’s final concert at the Wembley Arena in 2019 (just before Covid stopped everything). He opened up the set with this one. It was amazing.

‘The Girl Is Mine’ Michael Jackson ft. Paul McCartney

Here’s the ultimate ‘other guy’ song, sung by two of the greatest singers ever (Jackson was at the height of his fame, and McCartney, well, not so much, but still good).

Jackson had a lot of fun recording this, calling it one of the highlights of his career.

Jealousy is personified here. It took him by surprise and led him on. He asks, “when will you let go?”

But he confesses, “life is much too short to while away with tears.”

He has a point. It was all too short for Freddie M.

The premise in this song is that possessiveness and jealousy are anathemas (repellent) to relationships.

“The more that you buy the less you get back.”

Here, slick-looking Rick Springfield is overcome with jealousy for Jessie’s girlfriend. He envies how “she’s watching him with those eyes” and “holding her in his arms late.”

Get a life, Rick!