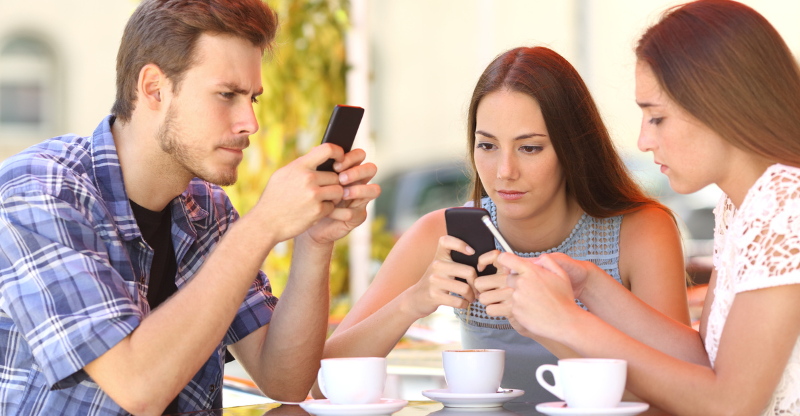 Like it or not, obsession is one of life’s most common darker parts. If you don’t believe that now, all you have to do is listen to some of the most popular songs on the topic to see how typical and human it is to feel obsessed about someone or something!

Keep reading to learn about some of the most interesting songs about obsession.

Selena Gomez sings about a new love interest that she can’t stop thinking about—no matter how hard she tries—in this catchy song. It was written over the bassline of the hit 1977 song ‘Psycho Killer’ by Talking Heads and is an ode to the strong, overwhelming feelings we often experience when we meet someone new and quickly fall for them.

Related: This song features on our list of songs about a crush.

This “super creepy” song isn’t what you think! It’s introduced by John Waters and finds Nicki Minaj and The Lonely Island telling audiences to “do the Creep,” which involves dressing in a classically nerdy fashion and stalking romantic interests. It is the first Lonely Island song Minaj has appeared in; the music video also appeared on Saturday Night Live.

Musician Warren Pash saw a billboard for the film Private Eyes and was inspired to write this track. The song compares having a romantic partner to being a detective and finds the protagonist watching his lover’s unfaithful behavior from afar. It was the first single and title track of Hall & Oates’ 1981 album.

Related: Sneak over to our list of affair songs.

Run For Your Life – The Beatles

John Lennon drew inspiration from Elvis Presley’s ‘Baby, Let’s Play House’ when writing this 1965 track; both the first line and the title came directly from its lyrics. It’s a shocking piece that finds its jealous protagonist warning his romantic partner that he better not catch her with another man.

This was originally a duet between Michael Des Barres and Holly Knight, but the two didn’t find much success with the track; Animotion turned it into a hit. The obsessive love song finds a male protagonist who develops a crush on a woman that soon turns to desperation, as he is determined to “capture” her.

The female protagonist of this upbeat Sugarland track finds herself “stuck like glue” to her lover, even as they continually have ups and downs as a couple. The song is one of the most popular country club hits and featured a unique reggae section that helped it to reach a wider audience than other country tracks.

Lionel Richie finds himself singing directly to a woman he’s interested in who doesn’t know how he feels in ‘Hello.’ The song was the first Motown single to sell a million copies in the UK and was inspired by Richie’s younger years when he was afraid to speak to beautiful women.

Related: This song is on our unrequited love songs list.

Don’t You Want Me – The Human League

This hit tells the story of a man who helps a waitress become a star. When their romance ends, he threatens to ruin her career if she doesn’t take him back. Like the rest of the album it appeared on, the song was recorded without any traditional instruments; every instrumental sound was electronic. Here’s another interesting fact: the vocals were recorded in the studio’s lavatories!

Rita Ora sings the hook on this Iggy Azalea track co-written with Katy Perry. It’s about a woman who’s been wronged by the man she loves and vows to seek revenge on. She loves and hates him at the same time, with her hate fueling her actions to come.

Related: Seeking revenge? Check out our songs about revenge playlist.

Every Breath You Take – The Police

This particular song is about a man who feels jealous and obsessive about the woman he loves who he isn’t with; he’s going to watch her, seemingly every moment of her life. Sting was inspired to write it after separating from his wife, Frances Tomelty. It was the US’s biggest hit of 1983 and is often considered to be a stalker song.

Related: Find this song on our playlist of breathing songs.

Clay Aiken covered this D-Side hit about watching a love interest from afar as the first single from his first album. The woman the male narrator is interested in doesn’t seem to know he’s alive, but he feels desperation that makes him want to be in her life as her lover.

This stalker story is a cover of the Wax song about a geeky guy who stalks his friend’s mom with damaging results, such as neglect of the woman’s dog. The son finds out about his friend’s obsession in the end. It was Your Favorite Martian’s first cover song and featured the original artist.

Stevie Nicks was inspired to write this piece by her breakup with Lindsey Buckingham. She felt connected to him for life and felt the need to express these clinging feelings in a song. The title was inspired by a time that Nicks drove through Silver Springs, Maryland, with Buckingham.

Related: We’re happy to share our playlist of the best jealousy songs.

I’m Gonna Make You Love Me – The Temptations

Here’s a collaboration between The Temptations, Diana Ross, and The Supremes. This was one of many cover versions and one of the most successful recordings. It was the second Motown hit that was a cover of a non-Motown song. Both the male and female narrators vow to shower the other with love—at what seems to be an excessive level.

‘I Feel Like I’m Drowning’ is the second single from Two Feet’s debut album. This song talks about an unhealthy romantic relationship from the suffering party’s perspective, which is different from many other obsession-focused songs. This male narrator feels like he’s drowning under his partner’s unhealthy ways, except when the abusive lover isn’t around.

‘I Will Follow Him’ is a classic that has had many lives; its first was when it was a French instrumental song called ‘Chariot’ and recorded by Franck Pourcel. Little Peggy March’s recording was one of the most popular. The lyrics talk about following a love interest no matter where he goes or what he does.

This was one of the first tracks that Chris Martin wrote for Coldplay. It’s a song from a stalker’s perspective about a man who is unhealthily invested in the life of the woman he loves. Martin has said it was inspired by one of his own real-life relationships.

Related: See the best songs about loving someone you can’t have.

Lily (My One and Only) – The Smashing Pumpkins

The protagonist of this track is obsessed with a love interest named Lily, who he is stalking and delusionally believes to be interested in him. The song has a humorous vibe as the man is taken away by the police—it is assumed that Lily called the authorities on him.

Related: Listen to the best songs with women’s names.

I Will Possess Your Heart – Death Cab for Cutie

Listeners glimpse the feelings and motivations of a frustrated and obsessive person in this Death Cab for Cutie track. The protagonist believes his love interest will want to be with him one day, even though she has made it clear that she has no desire to pursue a relationship.

This 2006 song’s obsessive narrator truly believes that he is his love interest’s boyfriend and that she is in love with him. The song’s demo was released six years before the official release; that version included a line about a restraining order.

Alanis Morissette sings as a woman who is angry at her ex. She wants to let him know—seemingly in public—that he hurt and damaged her by leaving her for another, older woman. It was possibly written about actor Dave Coulier and received two Grammy Awards in addition to a third nomination.

Related: This song is on our list of the best songs about breaking up.

This song was inspired by the rhythm of classic Johnny Cash songs. It’s a fictional tale about a man who wakes up at night with a burning, passionate desire for the woman he wants to be with. Cash covered the song himself in 2000 for a Bruce Springsteen tribute.

Related: Hear a cover of this song on the Fifty Shades of Grey soundtrack.

It’s highly possible that this song was written about rapper Eminem, who has claimed that he was once in a relationship with Mariah Carey and dissed her and husband Nick Cannon in one of his songs. Carey has continually denied the claims about a romance. Whomever the song is about, its lyrics find Carey criticizing him for his lies and obsessive, delusional behavior.

Related: We’re not lying—you’ll love our songs about liars playlist.

This track’s protagonist is delusionally and desperately clinging to a relationship that has ended. Clearly, this was the only thing that kept him from feeling lonely and allowed him to find meaning in his life, so he’s holding on to hope that doesn’t exist.

This is a Halloween favorite about a paranoid narrator who paints himself as an average guy who feels as if he is being watched everywhere he goes, all the time. This was Rockwell’s biggest hit and featured Michael Jackson and Jermaine Jackson. The song was certified gold in the United States.

Related: You can hear this one on our spooky list of the best songs for Halloween.

Hello, I Love You – The Doors

Jim Morrison wrote this classic after seeing a beautiful woman on the beach in 1965. The lyrics find the narrator proclaiming that he is in love with this woman that he’s only just seen for the first time. R.E.M.’s ‘Pop Song ’89’ plays on this track by talking to a woman about more serious topics rather than physical attraction.

This song finds its protagonist frustrated that the woman he’s interested in doesn’t seem to feel the same. He seems determined to make her see things his way, nonetheless. Other works inspired several lines, including the song ‘Don’t Believe the Hype’ by Public Enemy.