21 Superb Songs about Destiny or Fate 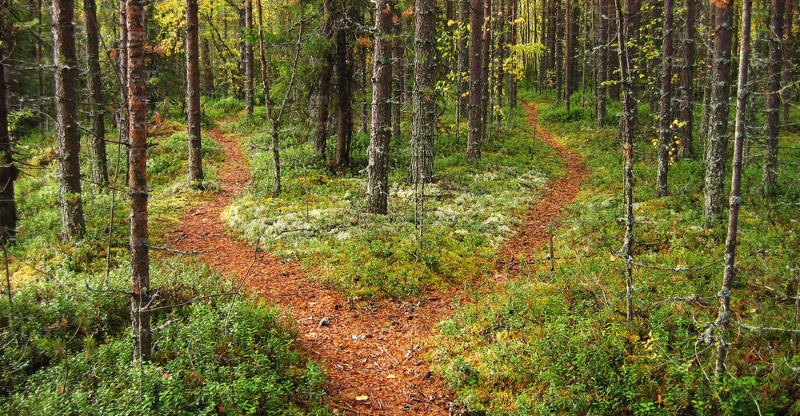 While some feel that fate plays a major role, a select few artists feel we hold our destiny in our own hands. Bands like The Rollings Stones and solo folk artists like Joan Baez have explored the complicated subject of fate in their music.

Check out songs about destiny, from rock n’ roll singles to pop hits from some of the music industry’s biggest names.

Legendary songwriter Bob Dylan has denied his songs from the album Blood on the Tracks are biographical. However, his son Jacob Dylan (frontman of The Wallflowers) has previously stated in interviews that he feels songs like ‘Simple Twist of Fate’ represent his parents “talking to each other.” The popular song has gone on to be covered by artists like Joan Baez and Jerry Garcia.

“No destiny is too far.” Artist Tame Impala explores his future with the song ‘Instant Destiny.’ Written around the same time he married his wife, the song acts as an ode to her as he describes them tying the knot. With lyrics like “I’m about to do something crazy” and “we’ll be lovers ’til the end of time,” there is an urgency felt within the song’s lyrics as he talks about their big day and fantasizes what their life will be like after the ceremony.

“If the thunder don’t get you, then the lightning will.” This “cycle-of-life” song was a stream-of-consciousness song luckily recorded during a Garcia jam session. Not long after, Garcia had a significant medical scare involving a coma, and the song came to represent the meaning of life for him. The impromptu song was released as a single by Warner Bros. in 1972.

Related: Check out more songs about thunder and lightning.

Related: This song features on our growing up songs list.

When Am I Gonna Lose You – Local Natives

Appearing on their album Violet Street, indie rockers Local Natives manage to tell a love story in ‘When Am I Gonna Lose You’ despite the fatalist undertones of the track. In the highly relatable song, though the singer is very much in love, lyrics center around their fear of losing the person for several reasons, including inescapable fate.

Pop star Sia makes an early appearance on this single from 2001 by contributing lyrics and vocals to verses. The song by the English band Zero 7 is about a person being so desperate to be around the one they love they’ll do anything for their attention. The song is featured on the group’s debut album, Simple Things.

Country-pop artist Jordan Davis’ tune ‘Almost Maybes’ appears on his critically acclaimed album Buy Dirt. It was released as one of the first singles off the project. The song is a playful nod to all the crazy relationships that didn’t work out. Though he couldn’t understand why he went through heartbreak at the time, he now realizes it all led him to his soul mate.

Related: Looking for The One? Here’s our soulmate songs list.

Hand of Fate – The Rolling Stones

A confessionalist murder song from The Stones’ infamous Black and Blue album, both the single and album were highly controversial upon their release in 1976. From the ad work featuring a model donning intricate rope work by Jagger himself to the dark lyrics within ‘Hand of Fate,’ the feminist movement was none too happy with The Stones during the ’70s.

End Up With You – Carrie Underwood

“All I wanna do is end up with you.” Carrie Underwood pays homage to her longtime romance with hockey player husband Mike Fisher in ‘End Up With You.” The lyrics detail her enjoyment as she doesn’t care where their relationship ends up as long as she ends up with him. The romantic song is featured on her 2018 album Cry Pretty.

Though R.E.M. reached significant commercial success in the 1990s, the subject matter in their music is known to be deeply philosophical. In their song ‘Falls to Climb,’ they grapple with destiny. The song is based on a short story by legendary horror writer Shirley Jackson called The Lottery. By the end of the story, we figure out what the winner gets if they win.

Released in 2017, ‘Found You’ was penned during a co-writing session just after Kane Brown’s engagement to his wife. The romantic feelings he was experiencing at the time helped fuel the story in the song. The tune chronicles a lonely guy who, with the help of a few friends, eventually finds his one and only.

Featuring both African and Latin influences, Stevie Wonder’s ‘Can’t Put It in the Hands of Fate’ highlights the work of several rap artists, including Busta Rhymes and Rapsody. A social-political song at its core, it calls on the younger generation to stand up for their rights and not leave their destiny in the hands of others.

Related: Head over to our list of songs about equal rights.

Country artist Thomas Rhett finds himself reminiscing on all of the “almosts” in his 2019 tune off his album Cedar Point Road. In the song, he explores all of the outcomes of different decisions. He’s thankful for how they all turned out because it ultimately gave him the life he always dreamed of.

Songwriter Taylor Swift explores an ancient Chinese myth in ‘Invisible String’ from her appropriately named album Folklore. In the myth, there is an invisible red string tying the destinies of two people together throughout their lives until they meet. In her song, she takes comfort in knowing that the invisible string ultimately brings her true love to her no matter what.

Related: Listen to our list of Taylor Swift most popular songs.

“What if we rewrite the stars?” Zac Efron duets with pop artist Zendaya for this song featured in the hit film The Greatest Showman, chronicling culture icon Barnum and Bailey. Efron has provided vocals for his characters in other films, including the animated hit The Lorax and the Disney series High School Musical. In ‘Rewrite the Stars,’ he explores his character’s love affair with Zendaya’s character in the film.

Related: This song is on The Greatest Showman soundtrack.

See the Sky About to Rain – Neil Young

Many songwriters take a fatalist, written-in-the-stars approach to their work’s philosophy, and Neil Young is no exception. In ‘See the Sky About to Rain,’ he explores all the different destinies people are bound to live out in the world. At the time, he was upset with the music industry as a whole, and his disdain is present throughout the lyrics. The single appears on his 1974 album On The Beach.

Related: Fly high with the best songs about the sky.

Before Lionel Richie struck out on his own to become a solo artist, he was topping charts with his band, The Commodores. His tune ‘My Destiny’ was included in an early ’90s compilation album, Back to Front. Though the tune didn’t do much in American and British markets, it charted well on a Dutch chart for Top 100 singles.

There But for Fortune – Joan Baez

The title of Joan Baez’s mid-1960s tune is a riff off of a Bible saying: “there but for the grace of God go I.” Essentially, ‘There But for Fortune’ posits that where we end up in life is more left to chance and higher power than our free will. At the heart of this Baez, the tune is a message of “compassion.” The relatability of the lyrics has caused different groups to use it as a protest song in the past.

While most recognize Olivia Newton-John from her role in the smash hit Grease alongside actor John Travolta, the early ’80s movie Two of a Kind reunited the pair. ‘Twist of Fate’ is the theme song from that film. The film and the tune explore a “twist of fate” that brings the couple back together. The song was also used on the popular Netflix series Stranger Things.

“Today is where your book begins. The rest is still unwritten.” This cheery pop song is Natasha Bedingfield’s biggest hit. She takes a different approach to destiny in this single and reminds listeners your future is what you make it. Take time to fall in love with life and fall in love with the art of becoming exactly who you want to be. The song is featured on her 2004 album by the same name.

Related: Hang in there and listen to our survival songs list.