15 Best Songs about Being Tired or Exhausted 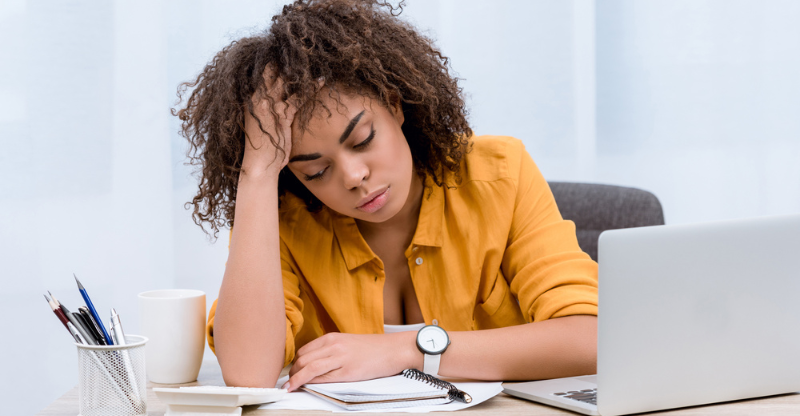 We all get tired from time to time – hopefully, every night if we have a good sleep schedule!

However, there are times when the exhaustion we feel becomes overwhelming. This type of tiredness is one of those overwhelming feelings that has one positive side: it can spark great creativity, especially concerning music.

Learn about some of the most well-known songs about being tired so you feel less alone the next time exhaustion creeps in.

I’m So Tired – The Beatles

John Lennon wrote this song about badly missing someone while also suffering from the torture of insomnia. Lennon wrote the track while at an Indian transcendental meditation camp when he couldn’t sleep and was missing his wife, Yoko Ono. This is one of several tracks that Lennon wrote while at the camp.

Related: Here’s our playlist of the best missing someone songs.

This track isn’t about being tired in the literal sense as much as being tired of the injustice and drudgery of life. It talks about the tiring day-to-day responsibilities of a woman at home and the issues that can occur within families and between men and women. At least three other artists sampled the song between the 1990s and the 2000s.

Working in a Coal Mine – Lee Dorsey

Lee Dorsey sings of the exhaustion from working in a coal mine. The protagonist makes money but is too exhausted to enjoy his weekends after the working week is over. The last spoken line, “Lord, I’m so tired,” highlights the desperation of the exhaustion the narrator feels.

Related: Power your work day with the best work songs.

This song speaks to the weariness and near-hopelessness of feeling alone after losing a love. The narrator is struggling and feels mostly pessimistic about the future but is still trying to hold on to the glimmer of hope in life. The interesting harpsichord and mandolin music make the track unique.

In this song, Neil Young pleads with his deceased friends to “(o)pen up the tired eyes,” meaning he wants them to come back to life and be with him again. It tells a cautionary real-life tale about addiction and poor life choices, as Young witnessed among his friends who passed away.

Related: Find comfort with these losing someone songs.

All the Tired Horses – Bob Dylan

Bob Dylan’s ‘All The Tired Horses’ only consists of two lines: “All the tired horses in the sun/How’m I supposed to get any writing done?” The lines are repeated throughout the song and highlight Dylan’s desire to separate himself from his fanbase and not be expected to keep up with their demands for songs they would enjoy.

Related: You can hear this song on the Blow soundtrack.

While it is somewhat abstract, this Foo Fighters track highlights the exhaustion that comes with living a fast life and not being home much. It explores what life could be like if it were less hectic. The song’s production style helps the listener understand the narrator’s tiredness in a powerful way.

This tribute to champion boxer Joe Frazier talks about him being defeated. However, it also encourages Frazier to keep trying and use his boxing skills to find glory again. It’s a Jamaican track from a time when the boxing greats were influencing Jamaican popular culture in a big way.

Never as Tired as When I’m Waking Up – LCD Soundsystem

At its core, this somewhat frankly explicit track is about two tired lovers trying to find renewed energy from their passion for one another. However, their romantic connection doesn’t seem as strong as their physical connection, causing both to question their relationship and the importance of love.

Gregg Allman wrote this track about his relationship with Cher—his wife at the time—and the exhaustion of living in Hollywood. It’s about being too tired to fight against relationship problems anymore and accepting that you aren’t happy with the state of your life and the choices that you’ve made.

Related: Listen to similar songs on our regret songs playlist.

With this piece, R.E.M. aimed to highlight the exhausting and sometimes disturbingly unhealthy life of a night shift worker. The accompanying music video used stop motion effects and looping to enhance further the unnerving feelings of insomnia and disorientation that come with a disturbed sleep schedule and an overwhelming nighttime workload.

Venus in Furs – The Velvet Underground

This song is about curing tiredness and weariness through acts of controversial passion. It’s based on the novella Venus in Furs written by Leopold von Sacher-Masoch in 1870, a newly explicit piece for the era in which it was released. The same could be said for this track.

Related: This song features on our list of songs about books.

While this track is actually about Sydney, it was decided that Perth sounded better for the track. It has an upbeat sound but dark lyrics about the moment that band member Zach Condon felt trapped and as if his life was falling apart. It highlights the burnout that touring musicians sometimes succumb to.

Related: Head over to the best songs about being trapped.

Champion Jack Dupree sings as a narrator who has declining health and is getting tired. He doesn’t want anyone to worry and accepts his fate; it seems he may even pass away soon. This is a Blues standard that many artists have performed; St. Louis Jimmy Oden wrote it.

Here’s a classic piece that was written in 1949; Frankie Laine’s version is one of the most popular of all time. The lyrics contrast the simplicity and peace of the elements of nature with the hard work and struggles of humans who have to work and navigate interpersonal relationships day in and day out.