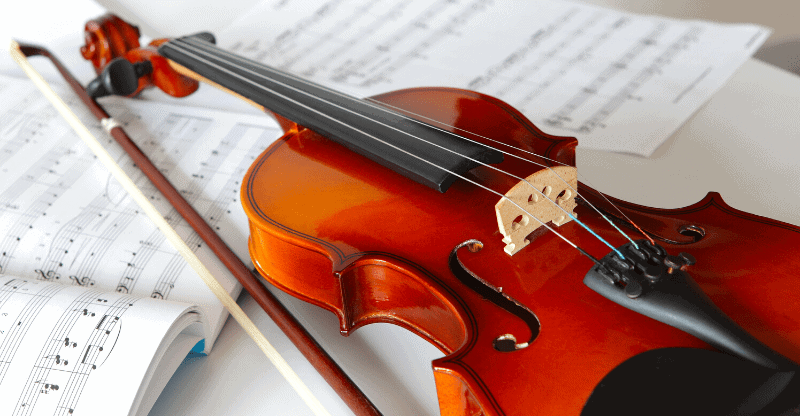 Although the violin is traditionally a solo, melodic instrument, you might wonder whether it’s possible to play accompanying, chordal patterns in the same way you play chords on guitar or piano.

The answer is, of course, absolutely yes.

Chord shapes on violins can be highly effective and exactly what you might need to take an accompanying role in a gypsy-jazz, jazz-swing, or folk music.

In this article, we show you how to play the 7 most popular violin chords.

How to Play Violin Chords

Violin chords are three or more notes simultaneously, as you see below.

However, you can play each note separately to create arpeggios, or play strings in pairs as ‘double stops’. What you’ll achieve will still be a chord-based, rhythmic accompaniment.

As you can see, each finger is given a number (we’ve labeled the thumb, but it isn’t used in violin playing). 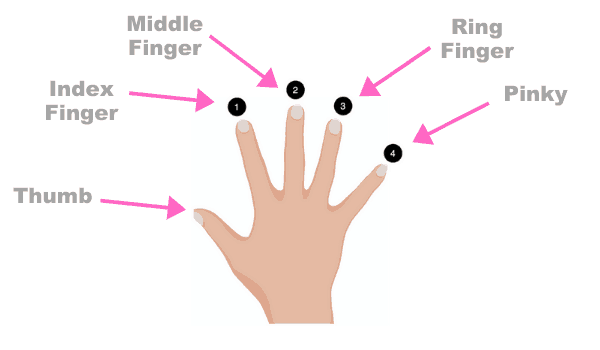 Note: in some of the diagrams, you’ll see we mention ‘low 1’ and ‘1’. This simply refers to how stretched out your finger is. 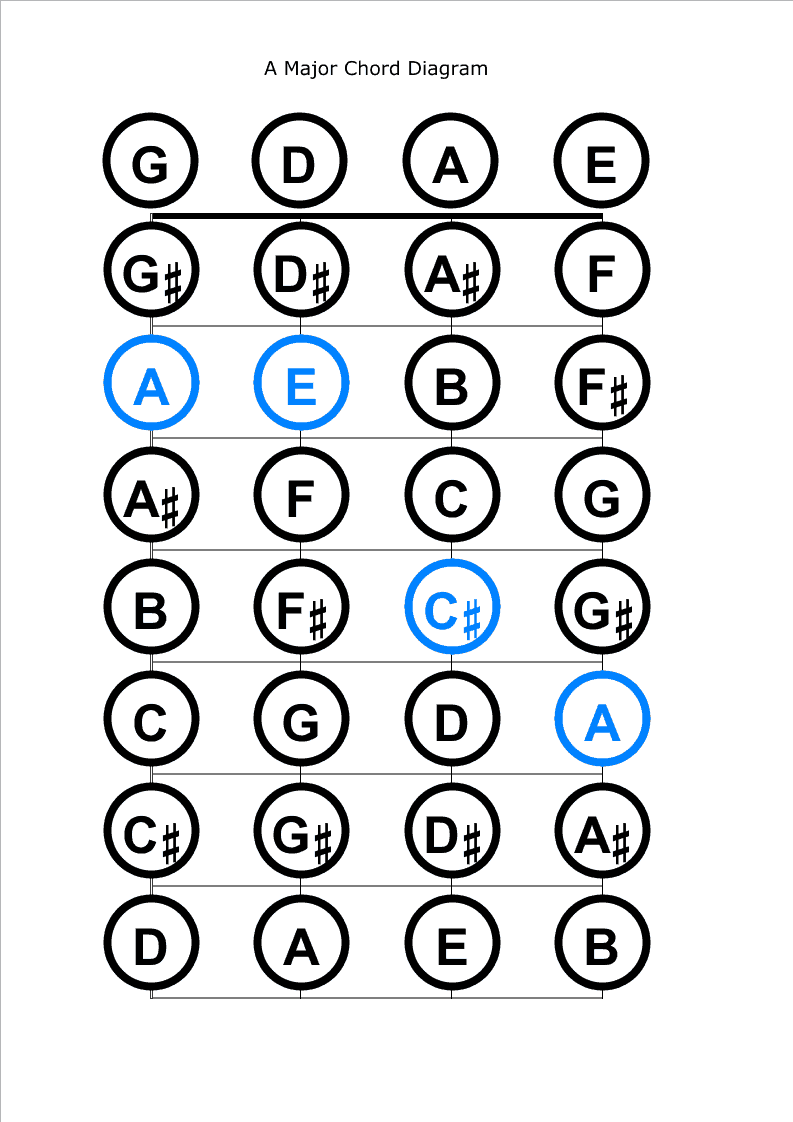 For the A Major shape, use your first finger on the G and D string to play A and E, then use your middle finger for the C# on the A string and your third finger for the high A on the E string. 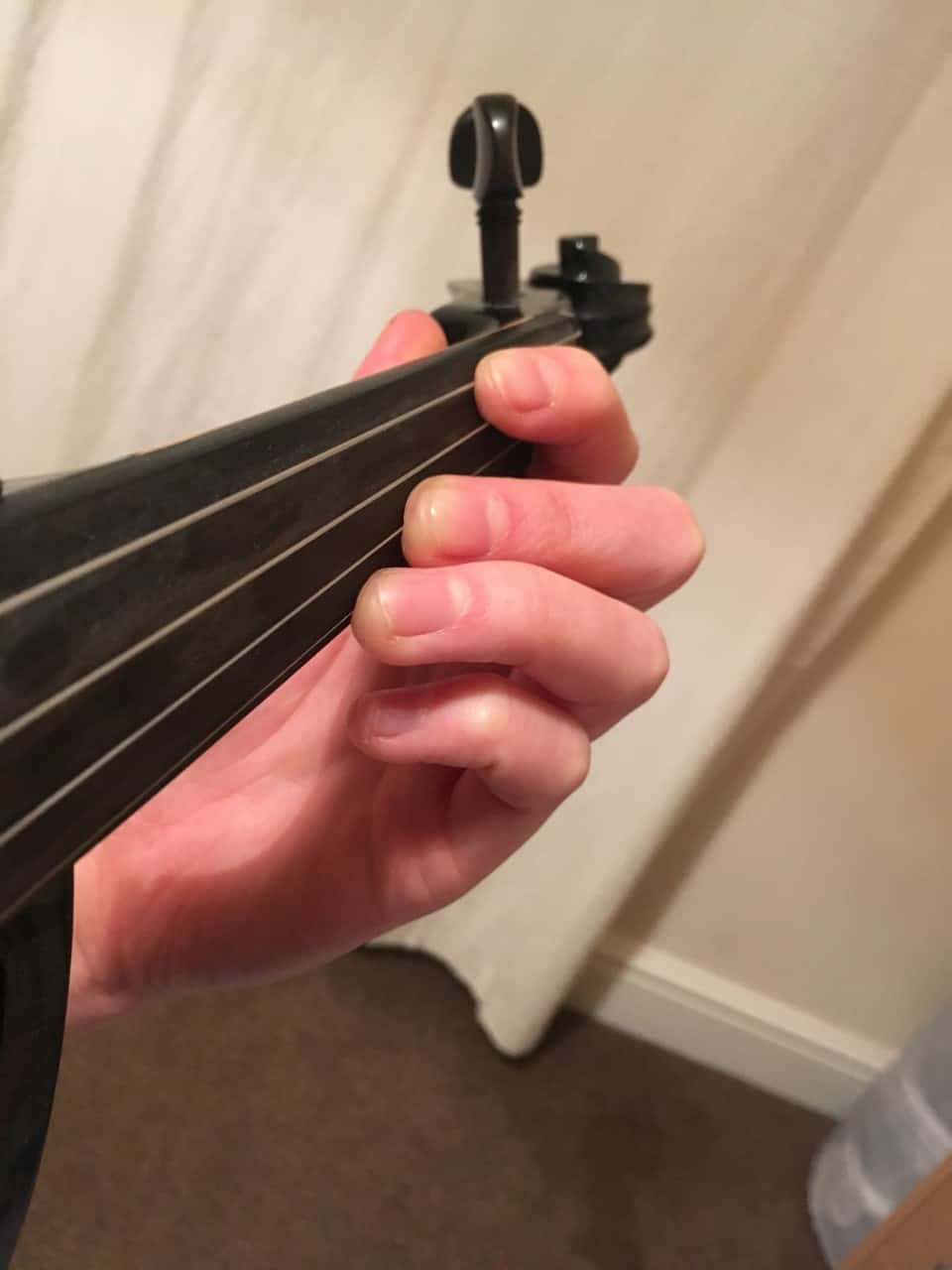 D Major has finger 1 on the G string to play an A, finger 2 playing F# on the D string, and your third finger playing D on the A string and A on the E string. You could choose to use your third finger for the D and your pinky for the A; whichever suits you best. 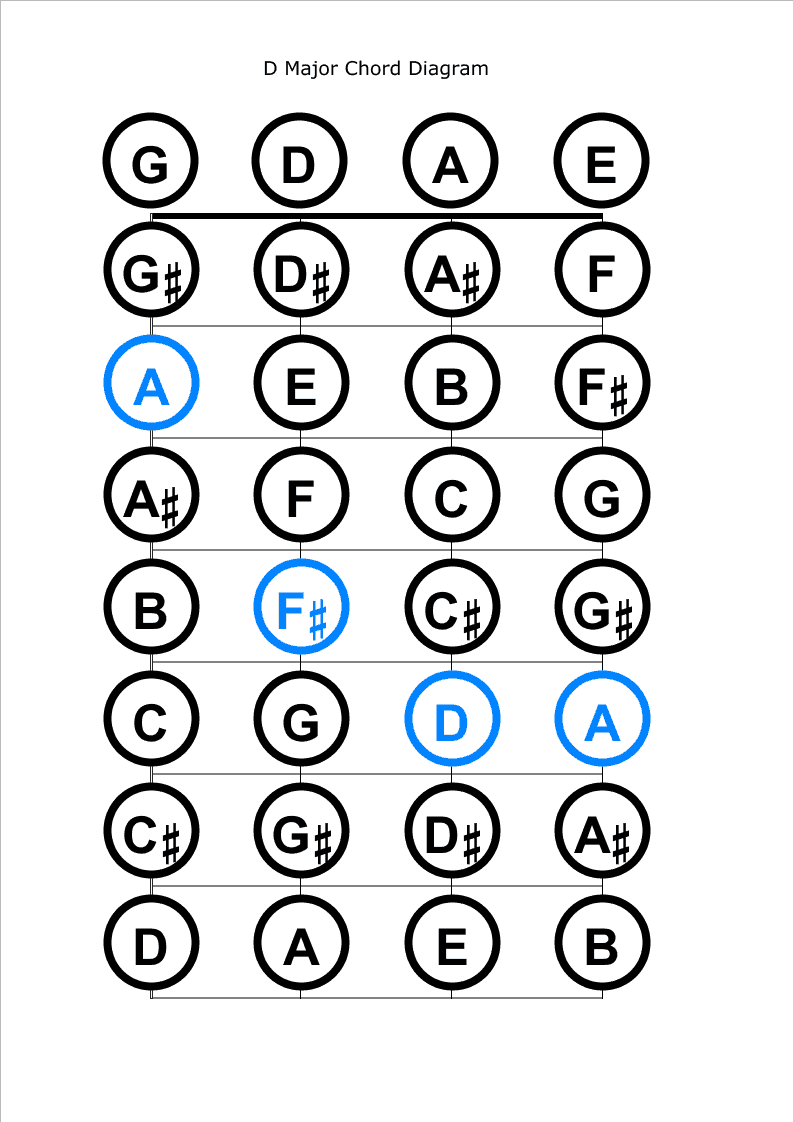 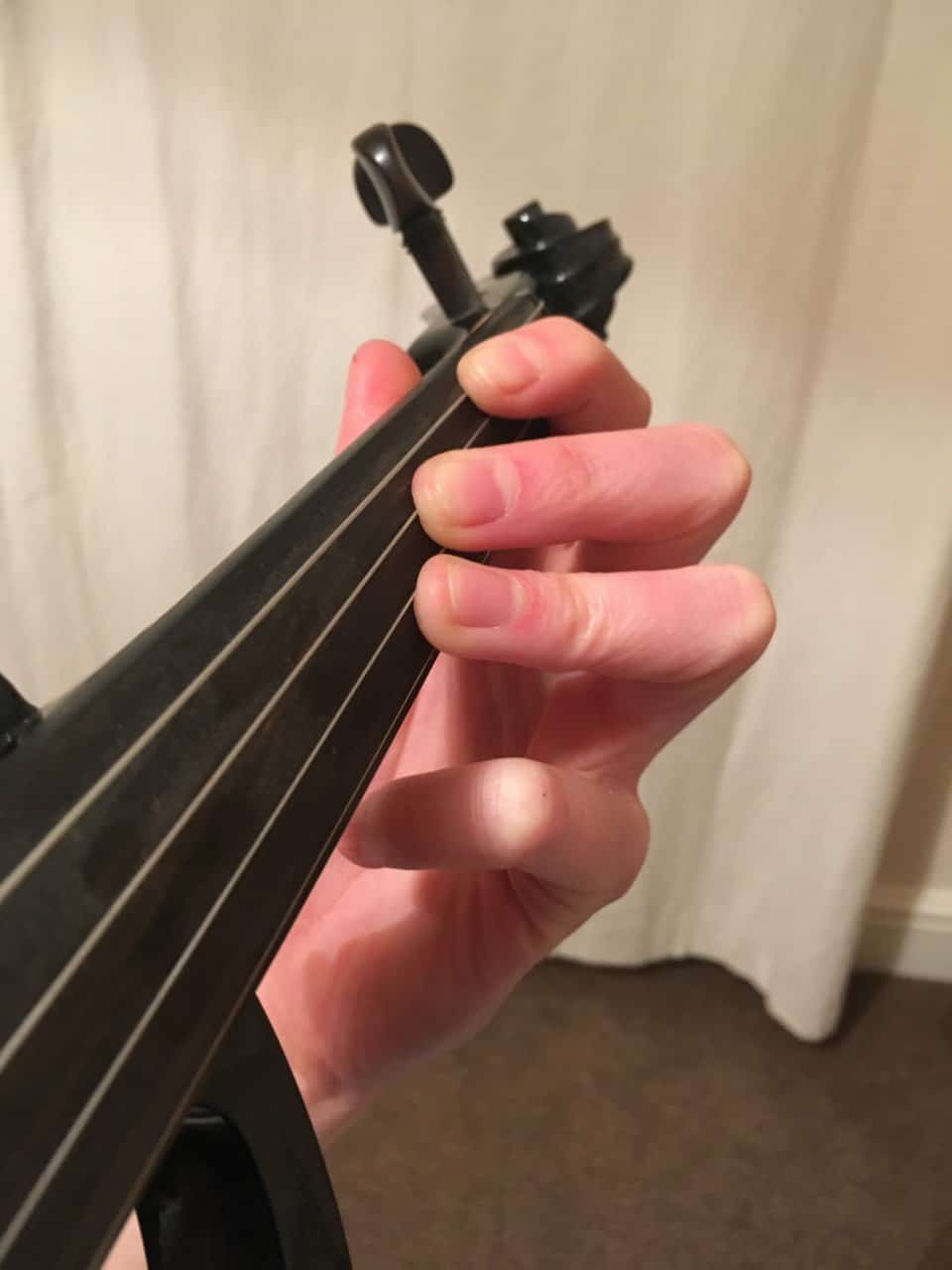 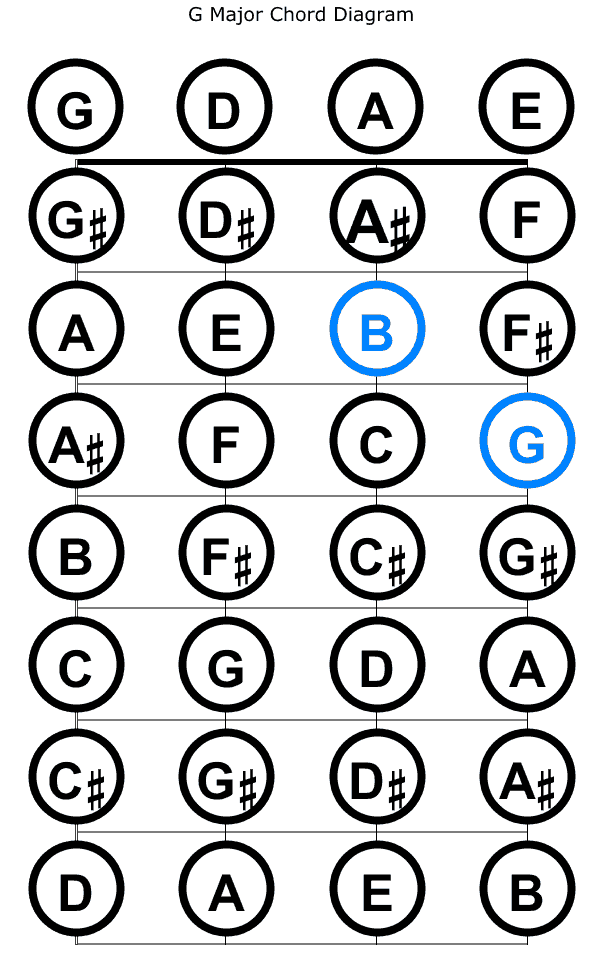 G Major sees just two fingers: your first finger on B on the A string and your second finger on G on the E string. You can play the G and D strings openly, making this one of the easier shapes to manage. 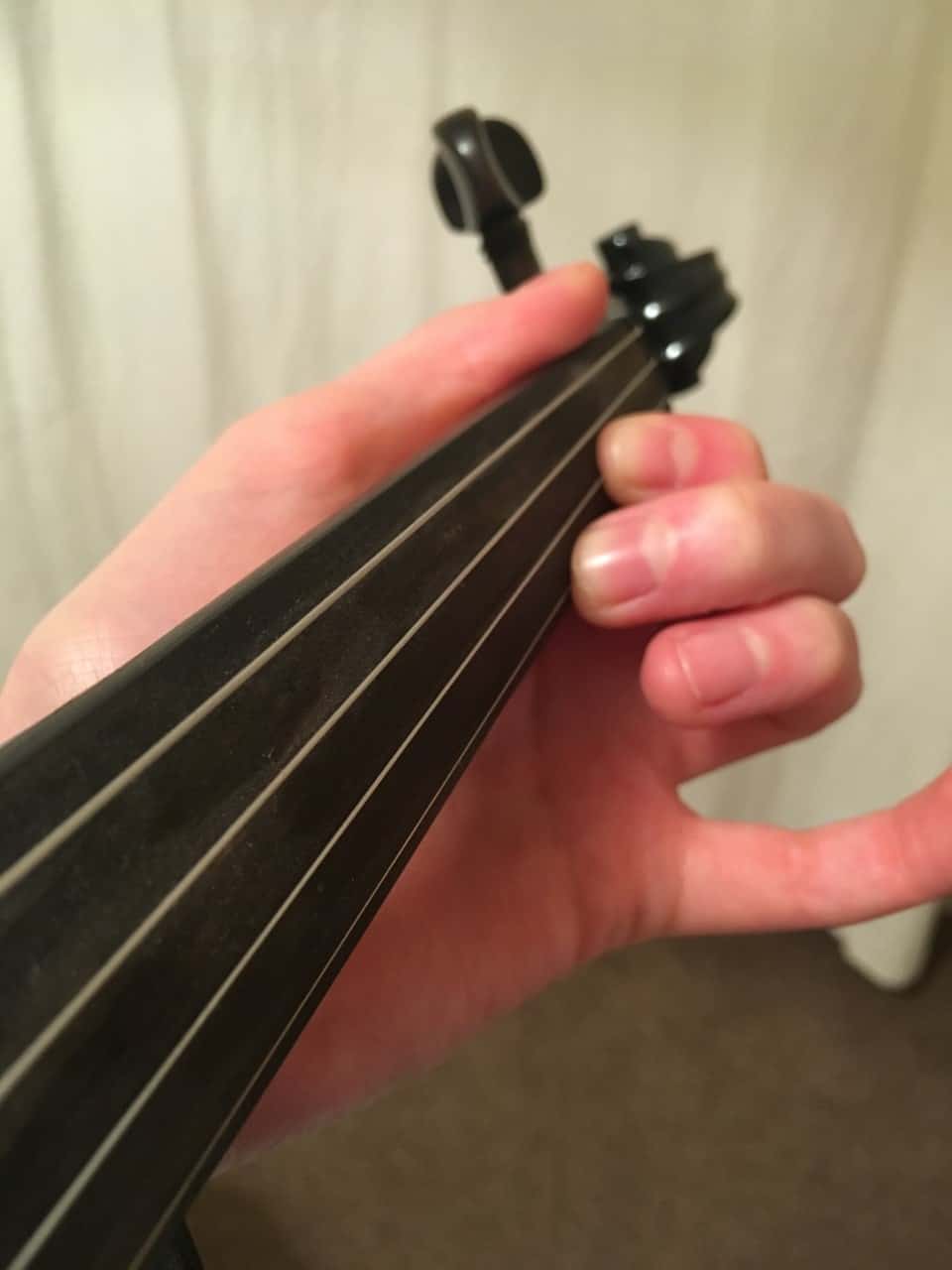 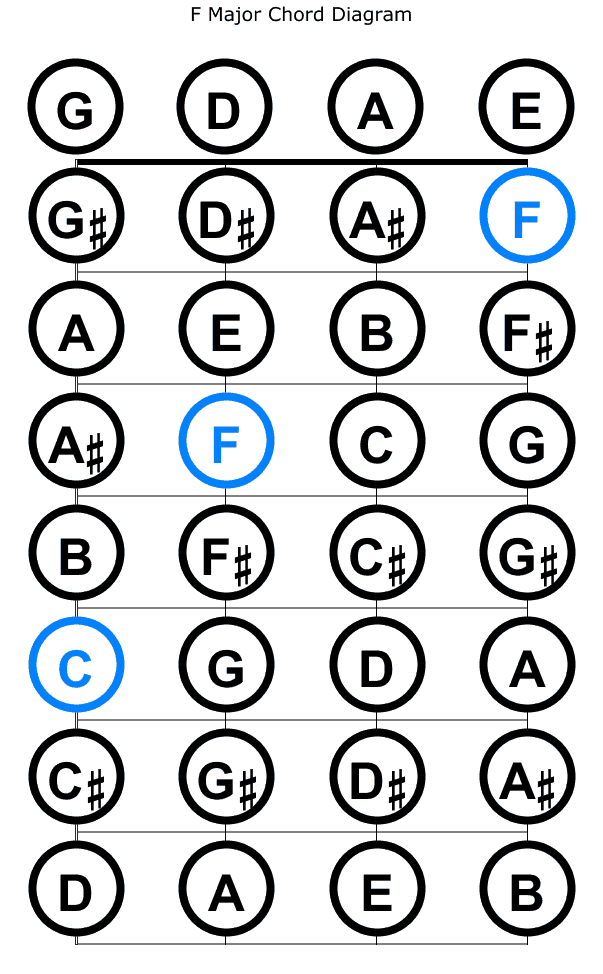 F Major has finger 1 on the E string in the low 1, finger 2 playing F on the D string and finger 3 playing C on the G string. You play the A string open, so make sure none of your other fingers are accidentally touching it. 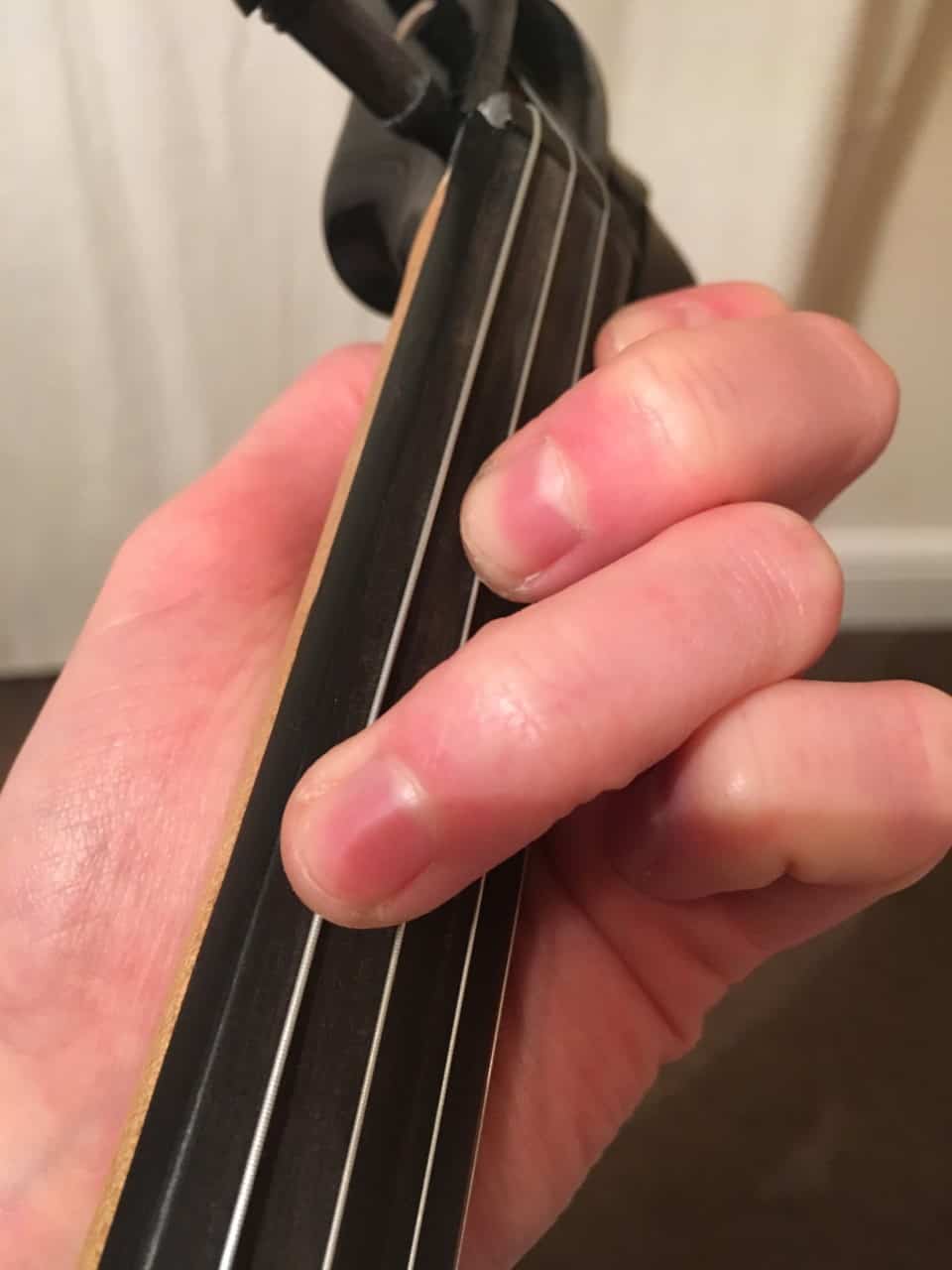 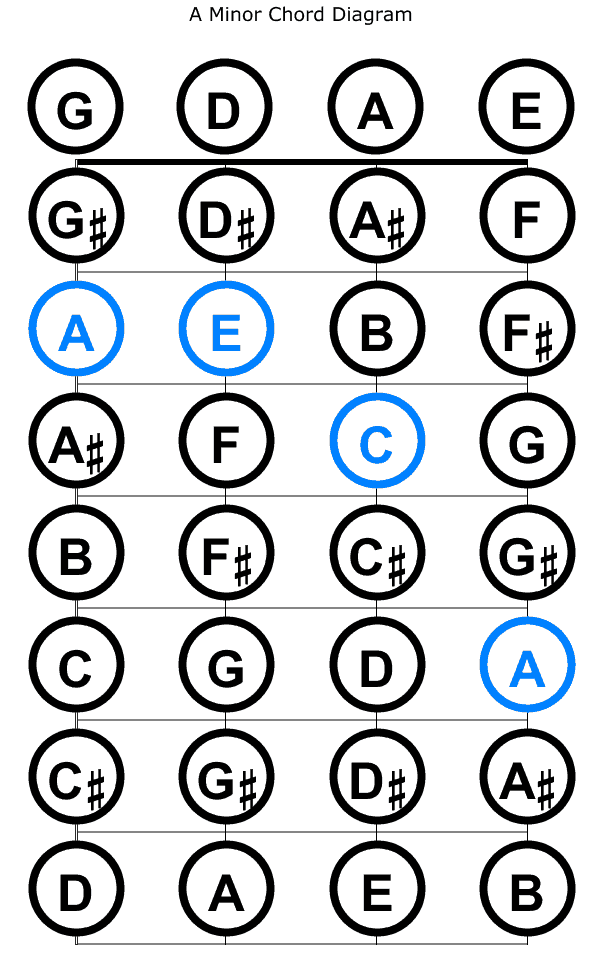 The A Minor shape is very similar to A Major. All that’s changed is the C# has been flattened to a C. So, finger 1 plays both A on the G string and E on the D string. Your middle finger plays C on the A string, and your third finger plays A on the E string. 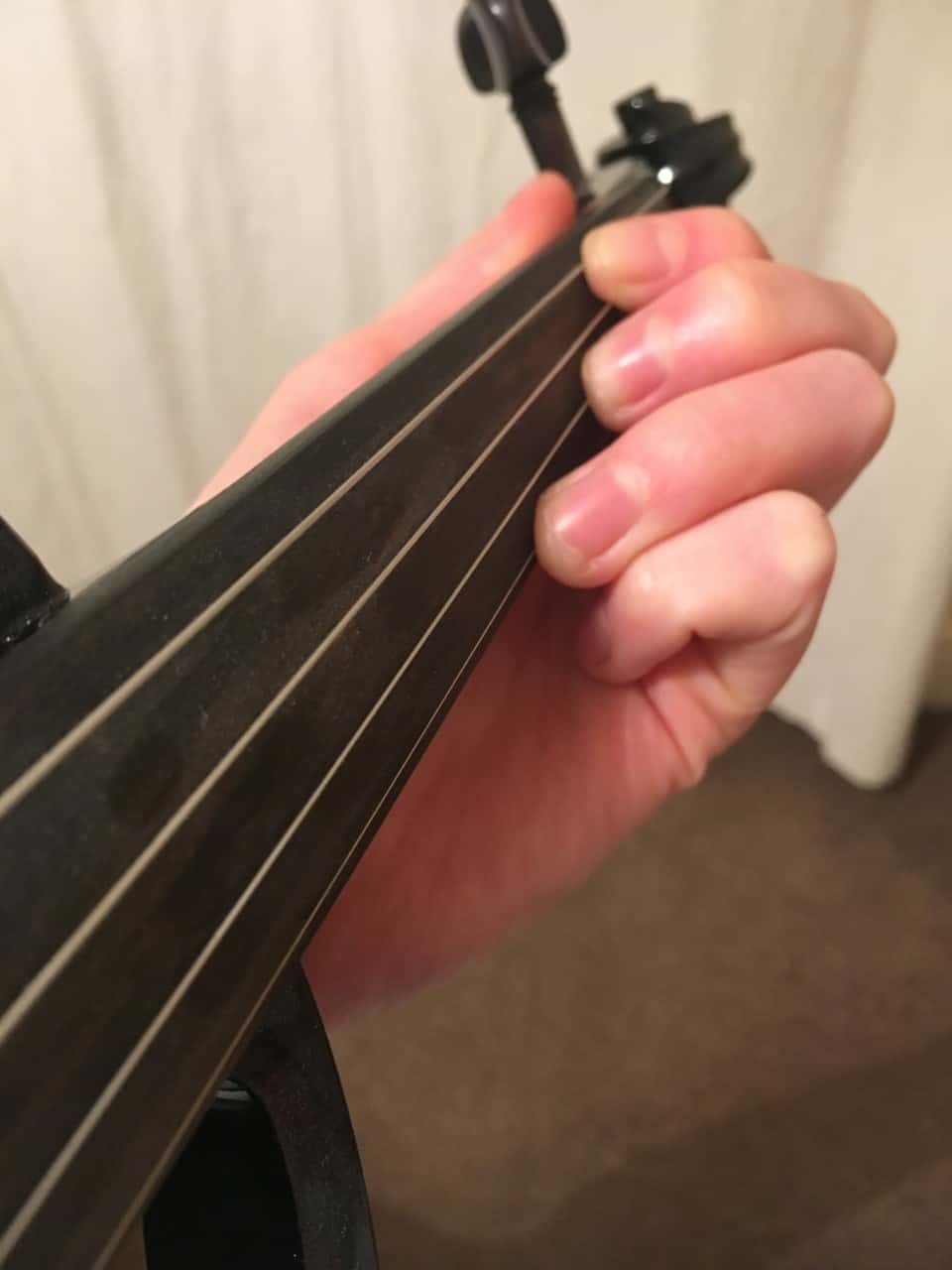 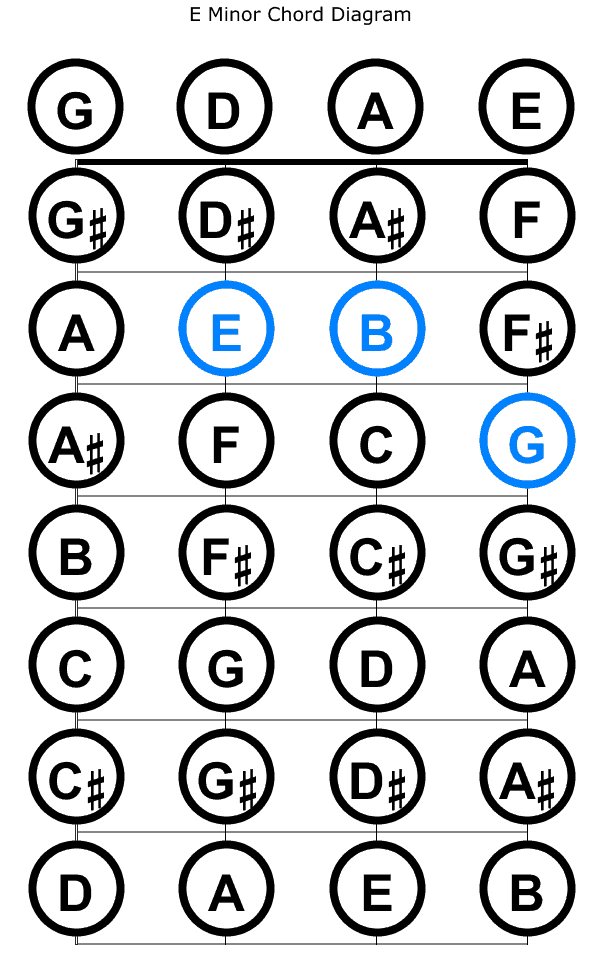 E Minor is another quite simple shape. Finger 1 plays E on the D string and B on the A string, whilst your middle finger holds down G on the E string. The G string can be played openly. 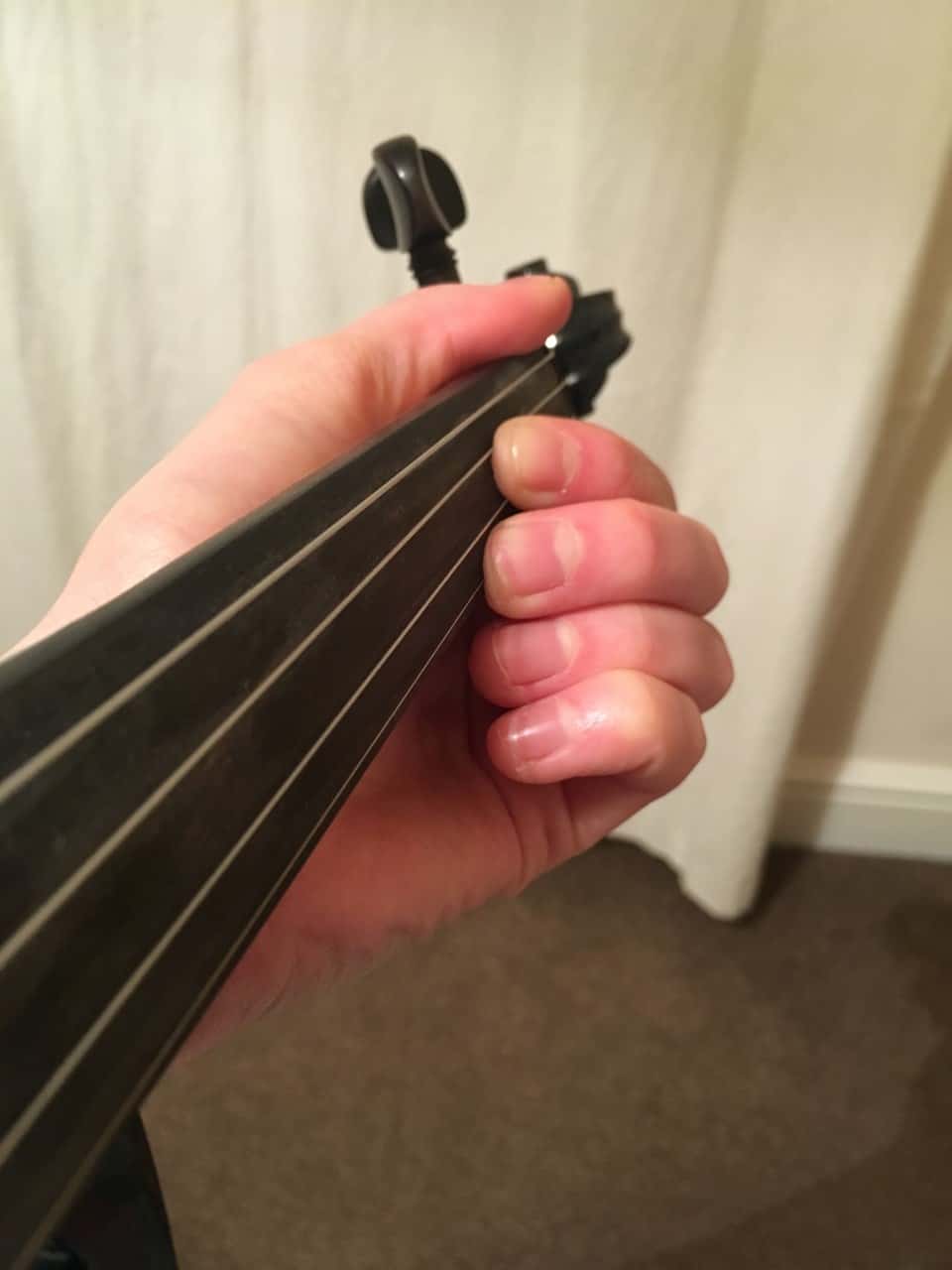 Finally, B Minor has finger 2 on B on the G string and F# on the D string, whilst your third finger plays D on the A string. Don’t play the E string.

These chords where you cover more than one string with one finger can feel a bit odd to begin with, but it’s worth persevering as it ensures your fingers stay in the correct position, which makes it easier to move to the next chord.

So, there are have 7 violin chords to work into your practice routine.

Once you have memorized the shapes and have got used to playing them as arpeggios, why not experiment with double-stops and even triple-stops?

Playing multiple strings simultaneously can really bring these shapes to life. Remember, as it’s an accompanying part, focus on the rhythm. If you’re in time, and your fingers are in the right shapes, you can’t go wrong.