How to Tune a Banjo – Understand the Different Tunings 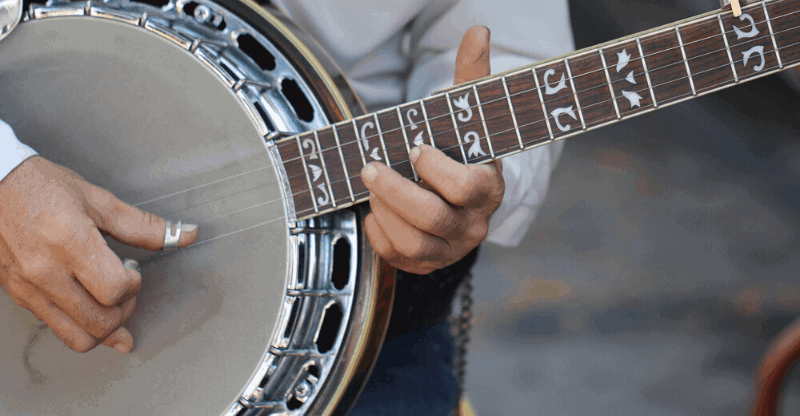 There are lots of ways to tune a banjo. In this article, we show you the different banjo tunings available.

Open G is the standard tuning used by the majority of banjo players. The reason it’s called Open G is that if you strum the open strings once you’ve tuned it this way, it gives you a G chord without having to fret any notes (by the way, if you’re interested here’s a handy banjo chords chart in this tuning). 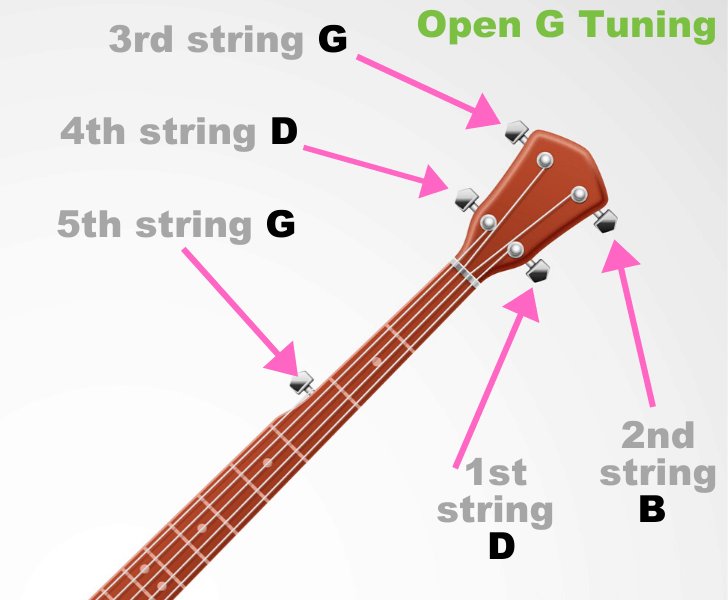 Close to standard G tuning but the second string is tuned up to a C note. Also known as Sawmill Tuning or “Mountain Minor Tuning, it used on old-time songs like Little Sadie and Shady Grove.

Used in a lot of old-time banjo music (with two C notes):

In this tuning, if you strum the banjo without fretting any strings you will be playing a D chord. It’s used by Earl Scruggs on songs like ‘Reuben’.

Tenor banjos have four strings and a short, narrow neck.

Confusingly, the name ‘tenor’ gives the impression that the banjo is going to sound pretty low in pitch, as you’d expect from an instrument that follows classical four-part harmony organization. However, in reality, these instruments actually produce the highest tone of all banjos.

The standard tenor banjo tuning with intervals of fifths (exactly the same as viola or mandola).

Initially, the tenor banjo became popular in jazz, thanks to its punchy twang that cuts through a band’s mix without needing amplification.

In particular, jazz musicians would tune to CGDA which is known as the ‘standard’ or ‘traditional’ method, because the range of notes worked very well in both rhythm and melody sections.

Another bonus of using standard tuning is that it makes flat keys easier to work with. This is great news if you’re playing jazz with flat loving, saxophones, and trumpets! 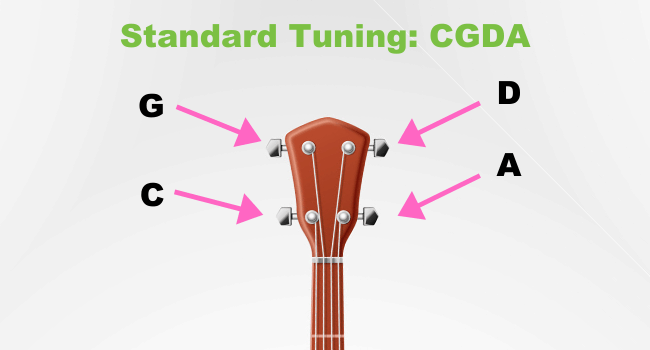 Also in fifths but lower in pitch than the standard tenor tuning. The same tuning as the violin or mandolin, only one octave lower.

GDAE is a favorite tuning among Irish tenor players, mostly thanks to its similarity to the Irish fiddle, producing melodies just an octave below.

Because the strings here are still set out in fifths, learning melodies and chords is a fairly easy task. The only downside is that the low pitch can sound muddy and require higher tension strings and adjustment to the instrument before you get a decent tone.

Folk musicians most often use the GDAE tuning to play in the key of G, D, C and A, which are popular in Irish music.

Although smaller, 17 fret banjos are designed for folk music, many Irish players actually prefer the 19 fret models, for the extra bite and volume that a higher tension banjo kicks out.

However, most modern Irish tenor banjos are built for GDAE tuning, whereas older vintage banjos aren’t. So, if you have an older version, it’ll likely need some modification to the nut and bridge. 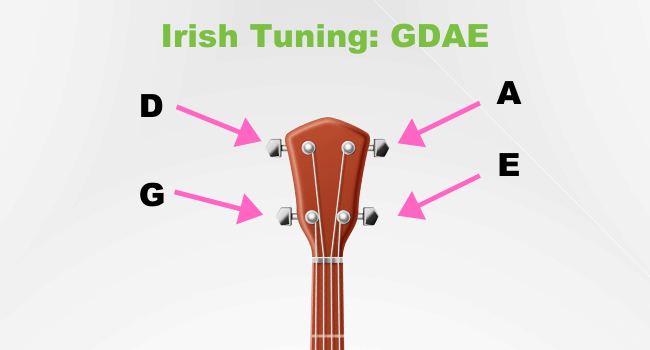 Same as the top four strings of a guitar and makes it very easy for guitarists to pick up a 4-string banjo and start playing.

Chicago involves tuning the banjo to the same as a guitar’s top four strings, in DGBE. This can be handy if you already play the guitar, as you can apply the same chord placements and scales to get a tune.

The downside here is that there only one octave and a step between the low string and the high string, so the musician has to stretch up the neck quickly to play a melody.

As well as this, Chicago tuning is less symmetrical than the fifth style tunings we’ve mentioned above, so transposing music can be tricky and if you’re looking to play more traditional banjo music.

Despite being a little trickier in terms of music theory, the Chicago style is great for strumming and playing rhythm sections.

Because this style makes chord shapes very compact, the musician doesn’t have to stretch as far as they would whilst using fifths. 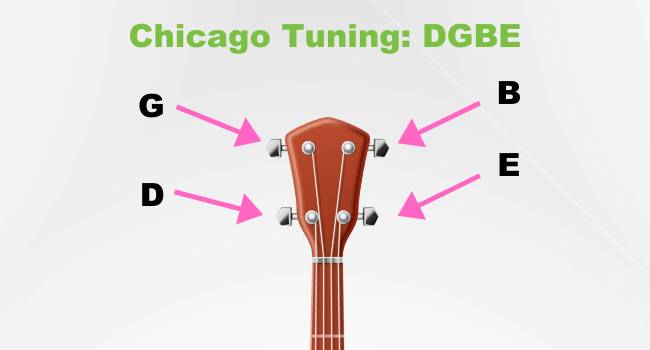 Due to their longer scale length and an extended number of frets, plectrum banjos have a very different design when compared to standard tenor models.

Plectrum tuning works in a similar manner to the Chicago style we mentioned above, so that rhythm strumming and tight harmonies are favored over solos.

When it comes to genre, many musicians use this method to play chords and melodies in old jazz music. 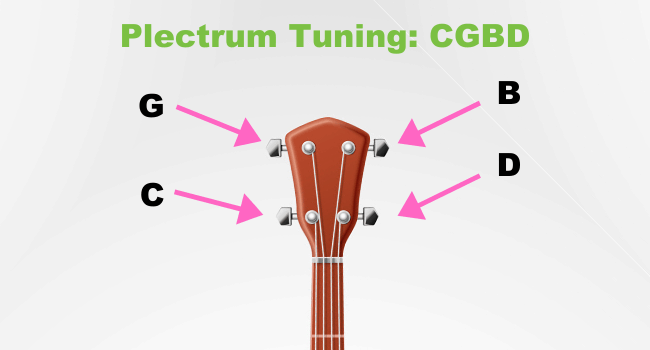 DAEB tuning is actually an adapted jazz tuning, that is also used in Irish folk.

However, the main difference compared to traditional tuning is that the strings are held under higher tension, so can be more prone to snapping.

The advantage of using DAEB is that you no longer have to stretch to reach the high B, which is a well-known struggle among petite players.

The downside is that you sacrifice some low-end notes which would have fallen below the D string, so in turn, this style can limit which songs you can play.

If you’re don’t fancy risking snapping some strings, you can always try putting a capo on the second fret of a standard-tuned banjo.

This way, you reduce the string tension and get a shorter scale length, which helps a musician to play melodies.