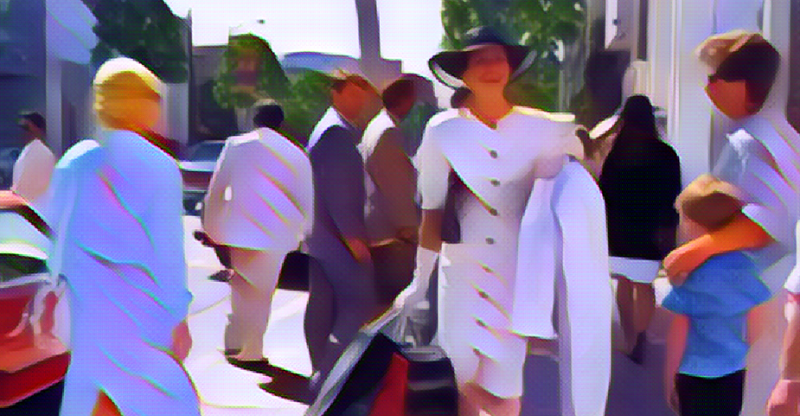 Pretty Woman is a romantic comedy directed by Garry Marshall that also has serious undertones about class relations. It starred Julia Roberts as Vivian and Richard Gere as Edward and was one of the highest-grossing films of 1990.

Learn more about the much-loved film by exploring the wildly popular songs from the Pretty Woman soundtrack. If you don’t, it’ll be a “big mistake. Big. Huge!”

In this track, Natalie Cole sang like a “wild woman” who is proud of her wild ways. She tells a lover who seems put off by her free spirit: “Well, let me tell you something, little boy/You wouldn’t know love if it hit ya.” It is the first track on the Pretty Woman soundtrack album and plays in the film as Vivian is snubbed while shopping in Beverly Hills.

Related: Build up your confidence with this list of self-love songs.

John Lennon and Carlos Alomar helped David Bowie write this track about the first-hand experience of being famous. It was remixed in techno style for the Pretty Woman soundtrack. It plays in the film as Vivian searches for Kit, and Edward gets into trouble. The lyric “fame” is sung in four different octaves throughout the track.

This track’s protagonist is trying to convince himself that everything is okay following a heartbreak; he is, therefore, a victim of wishful thinking. It plays during the film’s opening credits as Edward is driving and makes the scene more powerful, even if it doesn’t fit the deeper context of the movie. It did fit the film’s more romantic overtones, however.

Related: If you’re spending a lot of time in your head, check out this thinking music.

‘Tangled’ appeared on Jane Wiedlin’s album of the same title as well as the Pretty Woman soundtrack. It’s about a tangled and confusing romantic relationship where passion once ran high but has now been replaced by doubt and disappointment. It plays in the film during the flight to San Francisco.

Related: Relationships aren’t always perfect. Here’s our list of songs about being locked in.

It Must Have Been Love – Roxette

Here is one of the most famous and loved songs from the film. It plays as Vivian is dealing with heartache and has themes of a love that was once wonderful but has ended. Director Garry Marshall loved the song so much that he re-edited the film to showcase it.

Related: Hear this classic on our playlist of songs about love.

This song about past regrets and romance is considered by many to be one of Robert Palmer’s best songs. It was used for Pretty Woman film trailers and was written to fit the film. The song was so successful that Palmer received huge sums of money off the royalties alone.

Related: Want to take it all back? Listen to our playlist of regret songs.

‘No Explanation’ is the theme for Pretty Woman and plays during the end credits. Its theme of a surprising love that defies logic fits well with the film’s rags-to-riches storyline. It’s one of many soundtrack appearances that Peter Cetera made in the era in which the film was released.

This is a Johnny O’Keefe and the Dee Jays track from 1958 that gained new traction when a DJ in Australia gave it airplay. This popularity led to the Christopher Otcasek version’s inclusion in Pretty Woman. It plays as the audience is introduced to Vivian while she gets dressed and provides contrast for her surprisingly kind demeanor; the lyrics are about being wild and out of control.

Edward takes Vivian to the opera as this track plays. It marks a turning point in their relationship; the lyrics are about realizing that you have fallen in love with someone, even if you were slow to admit or understand it. The protagonist admits that she needs this lover in her life, even though she wasn’t looking for romance.

This Roy Orbison classic was used as the title track from the film. It’s about a man smitten with a pretty woman he sees walking down the street. It plays late in the film as Vivian finds herself being accepted by society; a happy romantic track makes sense at this point in the film.

Related: Find this song on our playlist of songs about women’s beauty.

Here’s one of the film’s tracks that points to how unrealistic Vivian’s and Edward’s relationship is. It was written for the movie and appeared as the last track on the soundtrack album. It was later released for Red Hot Chili Peppers’ own projects; it has never been performed live by the band.