5 of the Best Ukulele Fingerpicking Patterns to Get You Started 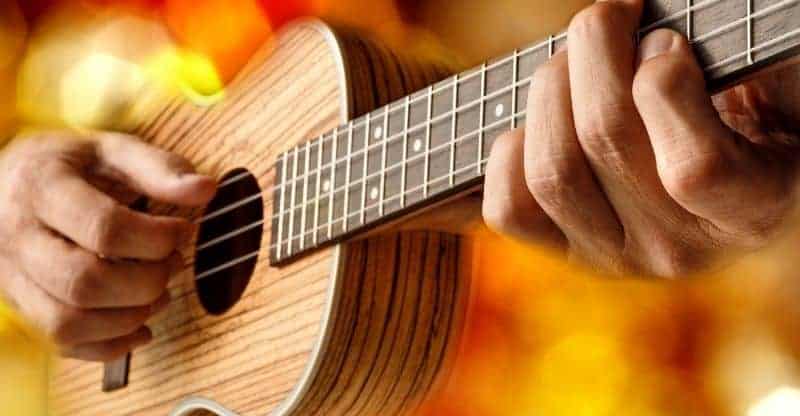 We’ve all been there.

You’ve been playing the ukulele for a while, you know all the basic beginner chords, you know a few strumming patterns, and you can reel off a song or two.

But you have an inkling there’s something missing. Well, you’re right, there is.

In a word: it’s fingerpicking!

A fingerpicked ukulele sounds divine – with its four strings and comfy, nylon strings, you might even say the uke was built to be fingerpicked! I certainly think so. Just check out Jake Shimabukuro’s version of Bohemian Rhapsody if you need any convincing (scroll to the end of this post to watch it).

But here’s the interesting thing:

A lot of people shy away from learning it, as it looks complicated. You know, something only the Pros know how to do.

However, all that trepidation is misplaced. And I’m going to prove it to you!

In this article, you’re going to find the perfect guide to getting started with fingerpicking. We show you the main ukulele fingerpicking patterns one by one, and help you gradually build up the skill.

Let’s kick things off then, shall we?

Before we start, you need to know about PIMA. The PIMA system is used to show you which finger on your picking hand should be used for which note.

Note: If you’re wondering why the P initial is used for Thumb (instead of a T), or why the A is used for the ring finger, it’s because they’re abbreviations in Spanish. It’s a good idea to familiarise yourself with them as they crop up a lot.

One Finger Per String

The ukulele has four strings, so it may at first logical to just allocate one string per finger (leaving out the pinky). This way each string on your uke is played by one finger.

It makes sense, but it’s not always the best.

Many players prefer to only use three fingers for the entirety of their picking (thumb, index, and middle). This way, the thumb plays both the G and C strings and can ‘pedal’ between the bass strings, with the index and middle finger on their own strings. The issue is with patterns where the G and C and played next to each other, it’s really hard.

Ultimately it’s about what feels most comfortable to you. In the following patterns we suggest which fingers to use, but they aren’t steadfast rules.

The patterns below are all using open strings so you can focus on your picking hand and ignore your fretting hand. This is important. You don’t want to be worrying about chord changes or any of that stuff.

When you’re ready to introduce chords, I recommend starting with one chord or two-chord songs. This will help free up brain space to focus on fingerpicking skills, but will make what you’re playing a bit more interesting. When you’re fluent with them, there are plenty of great uke songs that you can test them out on.

Note: For the examples below, I’ve chosen the ‘thumb and two finger’ style, where the thumb is used for the G and C string (in the case of example five, for the E string as well!). If you find it tricky, try the ‘one finger per string’ style. Also, where I’ve suggested using the index finger (I) you can also change it for the middle finger.

We’re going to start with the simplest pattern of the lot, plucking each string, one by one.

Remember, the goal is to keep a steady pattern as you pluck. Don’t skip this step, make sure you can do it in a nice steady fashion before you go on, ideally to a metronome.

Here’s another really good one.

And another similar one.

To spice things up, here’s a 6 note pattern, starting with the C bass note rather than the G. Sounds great, doesn’t it.

And to push the boat out even further, here’s an eight-note sequence. This is a bit of a workout for the thumb but it works a treat when you get it smooth.

It’s sometimes helpful to rest your non-picking fingers on the body of the ukulele (just below the A string). Some teachers advise against it, but it’s your call. I personally find it helps to stabilize my picking hand.

Practice, practice, practice. You’ve heard it said a million times, but it’s true. The only way to master anything in music (especially fingerpicking) is through repetition. Practice the patterns over and over again, with open strings first so you only focus on the right hand, then introduce chords and see how they sound over different chord changes.

Then the ultimate test: try them while singing! If you can manage to hold down a steady rhythm while singing, you’ve done very well.

Also, if you haven’t already, get a metronome! They are a great way to set your ‘inner time’.

We hope you found this little lesson useful.