The Ultimate Relaxing Music Playlist to Help You Chill Out 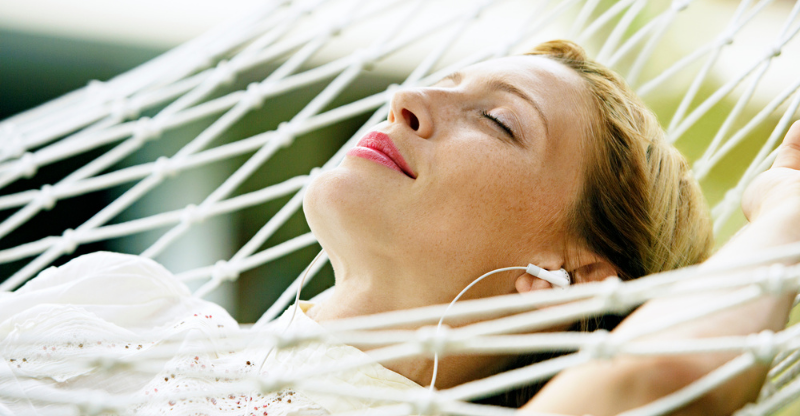 One of the wonders of music is its power to relax us. When you listen to the right type of music, it can help you calm right down and help reduce anxiety, stress, panic attacks, and of course, improve sleep.

So here’s a playlist of the best relaxing music out there. Of course, you’ll find your fair share of new age songs with pan-pipes, flutes and ocean sounds (of course!) but we’ve also included some EDM and ambient tracks to help you relax.

Ok, its time to unwind 🙂

We have to start with Weightless by the British ambient band Marconi Union. With its dreamy, mellow synths and soothing melodies, it’s often considered the ‘world’s most relaxing song’. That assertion is backed up by science too. According to Mindlab International, the song reduces anxiety by up to 65%. As such, it’s often used to calm patients before surgery. It’s also perfect sleep music.

Music is a great healer, and this track feels like its doing some healing. Davgar are two British guys (Dave Alty and Gary Wright) who put together luscious instrumental tracks that are rights free, so you can play them anywhere (at the spa, pilates class, massage parlour, hairdressers, restaurants, you name it!).

You can’t beat the sound of nature to relax you, and this one does it with aplomb. The Native American style drumming (using a Taos Log Drum and Incan Pan) capture the serenity perfectly. The perfect stress relief!

Here is the brilliant R. Carlos Nakai, regarded as the world’s foremost Native American flutist and a pioneer in the new age and contemporary instrumental genres. Nakai’s compositions fuse the ancestral sounds of his Navajo-Ute heritage with modern electronic sounds. Listening to his makes me want to read some Carlos Casteneda (The Teaching of Don Juan). 🙂

Good luck trying to find much out about this song. I first heard it on a new years chill-out mix and loved it the minute I heard it. Its EDM (Electronic Dance Music) vibe is perfect for kicking back and taking it easy.

The works of Aneal & Bradfield are frequently found on meditation playlists. This contemporary piano music is suitably soothing. The moment for peace track is beautiful and with a tinge of sadness thanks to the minor cadences. It’s perfect meditation music.

Blending subtle jazz with ethereal electronica, this one feels like stepping into a hot bath. Canadian multi-instrumentalist and composer Joseph Shabason is best known for his work on the Sax but has also created experimental ambient jazz compositions like this one.

Keenan Branch (aka Rohne) creates his own nuanced style of electronic music that is inspired by walks in the forest, days of isolation, and a life of travel (including time spent in India using a mobile recording setup).

More beautiful piano music here by the American new age pianist, Kevin Kern, who has become a universal name for relaxing, tranquil music. This intimate piece creates a feeling of tranquility and peace. This song was written after Kevin learned the story of the ‘Trail of Tears’.

There’s nothing that’s quite as calming as water. This one will chill you out like no other.

The Spirit of India – Ravi Shankar

Ravi Shankar was a sitar virtuoso, and by far the most influential Indian musician of the past seventy years (he and George Harrison had a lasting friendship and mutual admiration – Shankar even played at Harrison’s Concert for Bangladesh benefit gig.) This collection of ragas is utterly amazing. I’ve spend many a late night listening and meditating to this album.

We all know Pachelbel’s Canon. Well, here’s another interpretation of it with harp, flute and cello. It’s a simply beautiful version that is incredibly calm and relaxing. You gotta love the harp!

Dan Gibson was a Canadian photographer, cinematographer and sound recordist who had a passion for the study and preservation of wildlife. During his career, he released hundreds of albums under the ‘Solitudes’ moniker (which have sold over 20 million copies worldwide).

DJ and producer Seb Wildblood explores the deeper side of electronic music.